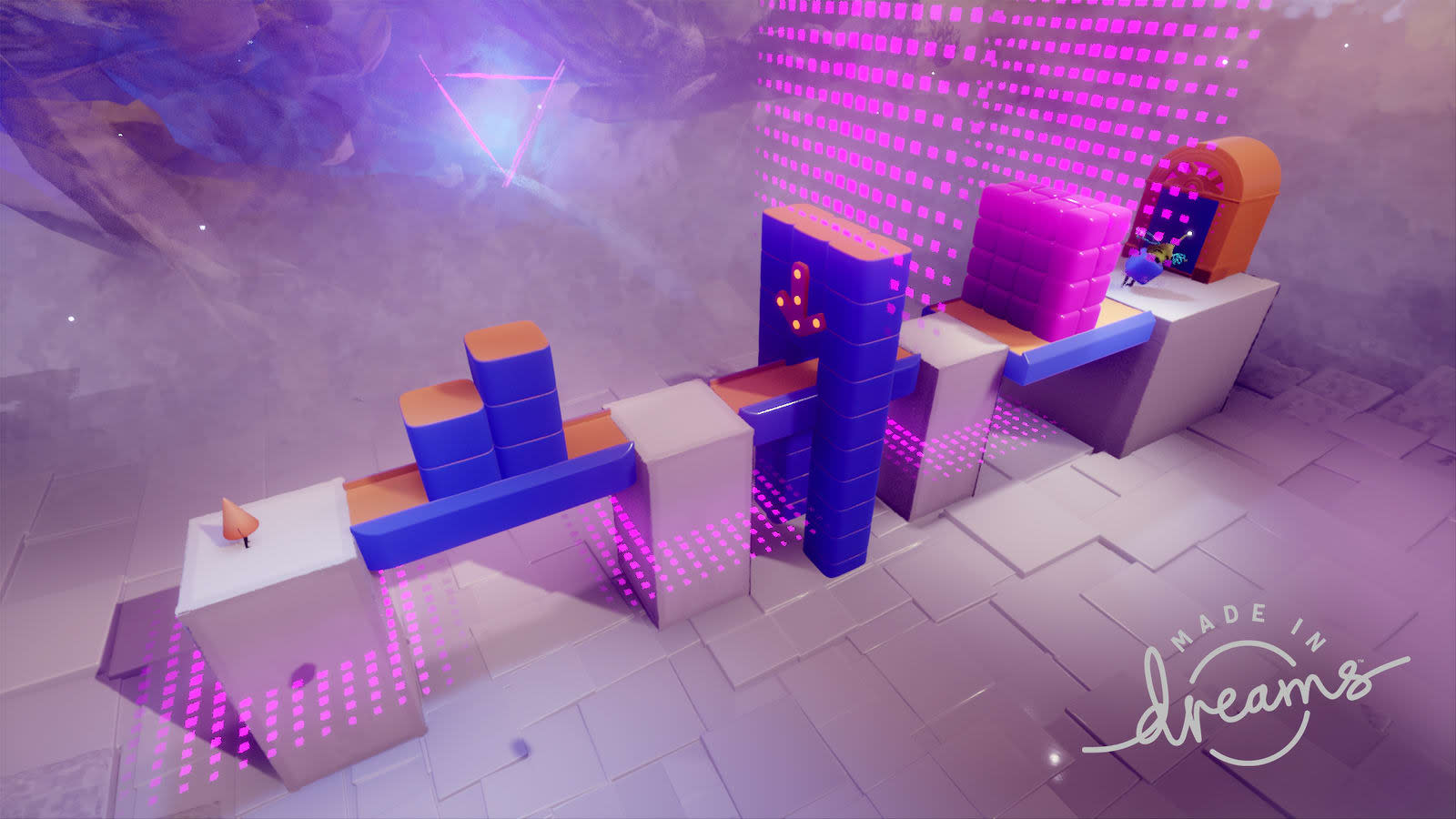 If you've been patiently waiting for Media Molecule's Dreams, you'll be happy to learn that early access begins April 16th. You'll be able to buy the PS4 crafting tool and LittleBigPlanet follow-up in the PlayStation Store for $30 in the US, and $40 in Canada. Dreams isn't fully built-out yet, but this rough release will let users test some of the core functions -- like designing games, creating music and sculpting characters.

Media Molecule first introduced Dreams in 2015 as a way for PS4 users to create, explore and remix each other's dreams. A handful of beta users have gotten to play around in it, but this is the first public release. "We hope that early access gives us the feedback we need to make Dreams an amazing space for creators and players alike for years to come," Media Molecule's Studio Director Siobhan Reddy said in a blog post.

If you're part of the beta or early access, you'll get new features and content as Media Molecule adds them, and your work will carry into the full version of the game when it's released. The studio hasn't said when that will be. Space is limited in early access, and while Media Molecule says "it's a big limit," you might not want to wait around to claim your spot.

In this article: av, dreams, early access, games, gaming, media molecule, playstation 4, ps4, videogames
All products recommended by Engadget are selected by our editorial team, independent of our parent company. Some of our stories include affiliate links. If you buy something through one of these links, we may earn an affiliate commission.