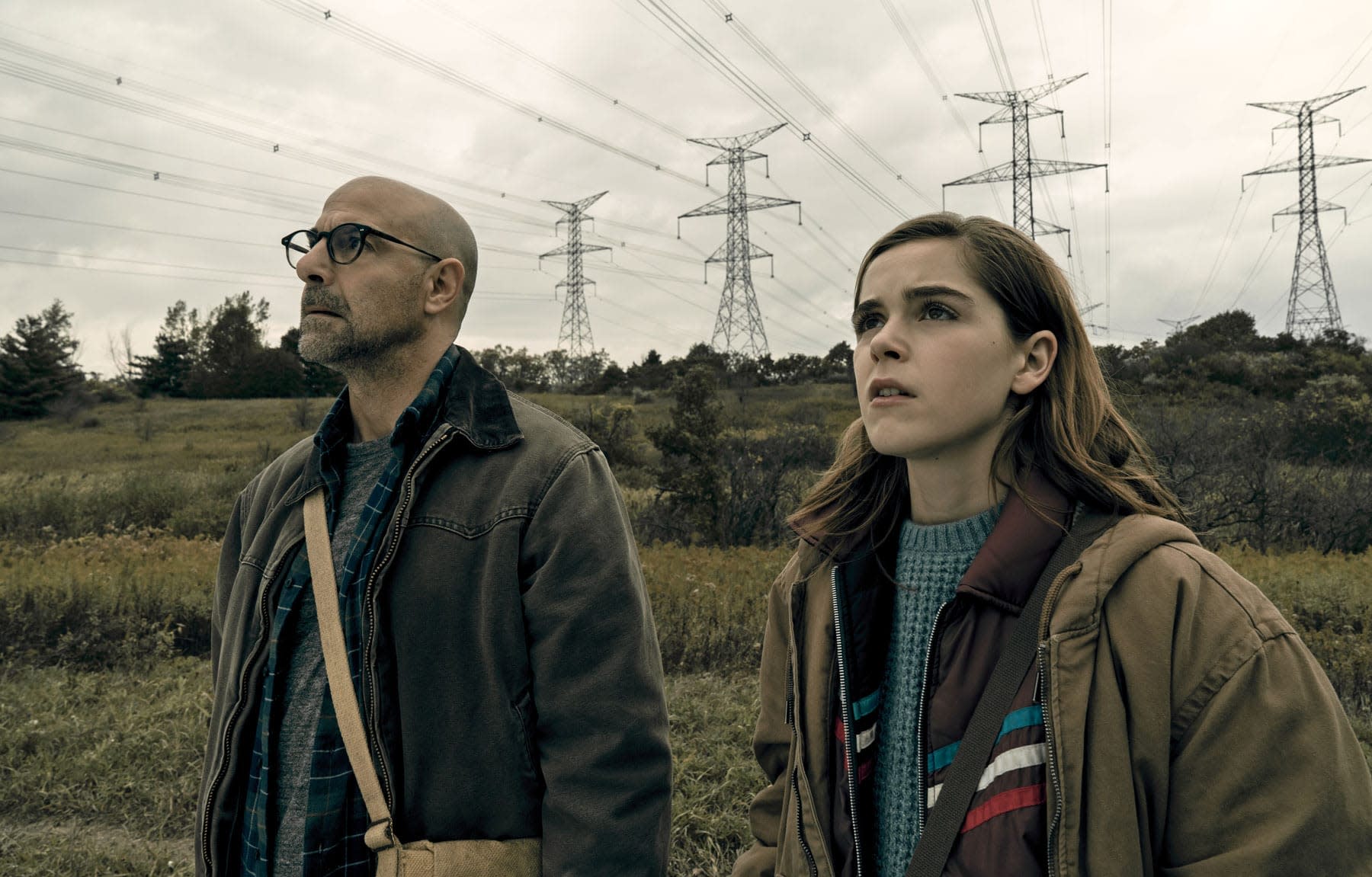 Before you watch The Silence trailer Netflix just released, we'll tell you that the plot looks strikingly similar to A Quiet Place. In both, the world is under attack from creatures who hunt prey by sound, and one family overcomes the disaster by utilizing the heightened senses of a deaf child. Yes, both films rely on a deaf child.

While A Quiet Place might have hit theaters first, The Silence is based on a Tim Lebbon book published in 2015, and The Silence was greenlighted in 2017, well before A Quiet Place came out. In response to comments on his website, Lebbon admitted the parallels are "a little troubling." "There are similarities, of course, but I'm confident that the movie of The Silence will stand on its own," he wrote. "It's going to be epic!"

The Silence brings its own star power with Stanley Tucci, Kiernan Shipka, Miranda Otto and John Corbett. It comes to Netflix on April 12th, and if you really want to compare the two films, you can always hop over to Prime Video, where you can rewatch A Quiet Place.

In this article: a quiet place, av, entertainment, film, john corbett, kiernan shipka, miranda otto, movie, netflix, stanley tucci, streaming, the silence, tim lebbon
All products recommended by Engadget are selected by our editorial team, independent of our parent company. Some of our stories include affiliate links. If you buy something through one of these links, we may earn an affiliate commission.