Put on the suit. Let's go a few rounds.

Remember when Spider-Man came out last year for the PS4 and everybody was agog over how realistic and seamless the gameplay mechanics were -- how much it "felt" like you were Spidey himself? Marvel's Iron Man VR would like you to hold its beer.

Iron Man VR, from developer Camouflaj, puts you behind the mask in a wild first person adventure. You play as Tony Stark, of course, facing off against as-of-yet unannounced marquee Marvel villains. I was able to play through a demo of the game earlier this week and just, wow. You can't ask for a more immersive superhero experience. The control scheme is really smart. Once the player suits up, they use the Move controllers to track the position of their hands, which operate the flight controls. Hold your hands in front of you with the palms down to hover, put them at your sides with the palms facing back to fly forward. You can also fine tune your flight path and speed by aiming your hands out at the angle you need and firing the jets. I found myself leaning into banks and dives more than once during the first part of the demo which involved jetting through an obstacle course set up near Stark's Malibu mansion. I also really dug the rumbling tactile feedback everytime I squeezed on the throttle. My only gripe was that the falling sensation didn't quite fit -- I didn't fall fast enough -- so my flights felt floaty rather than propelled. 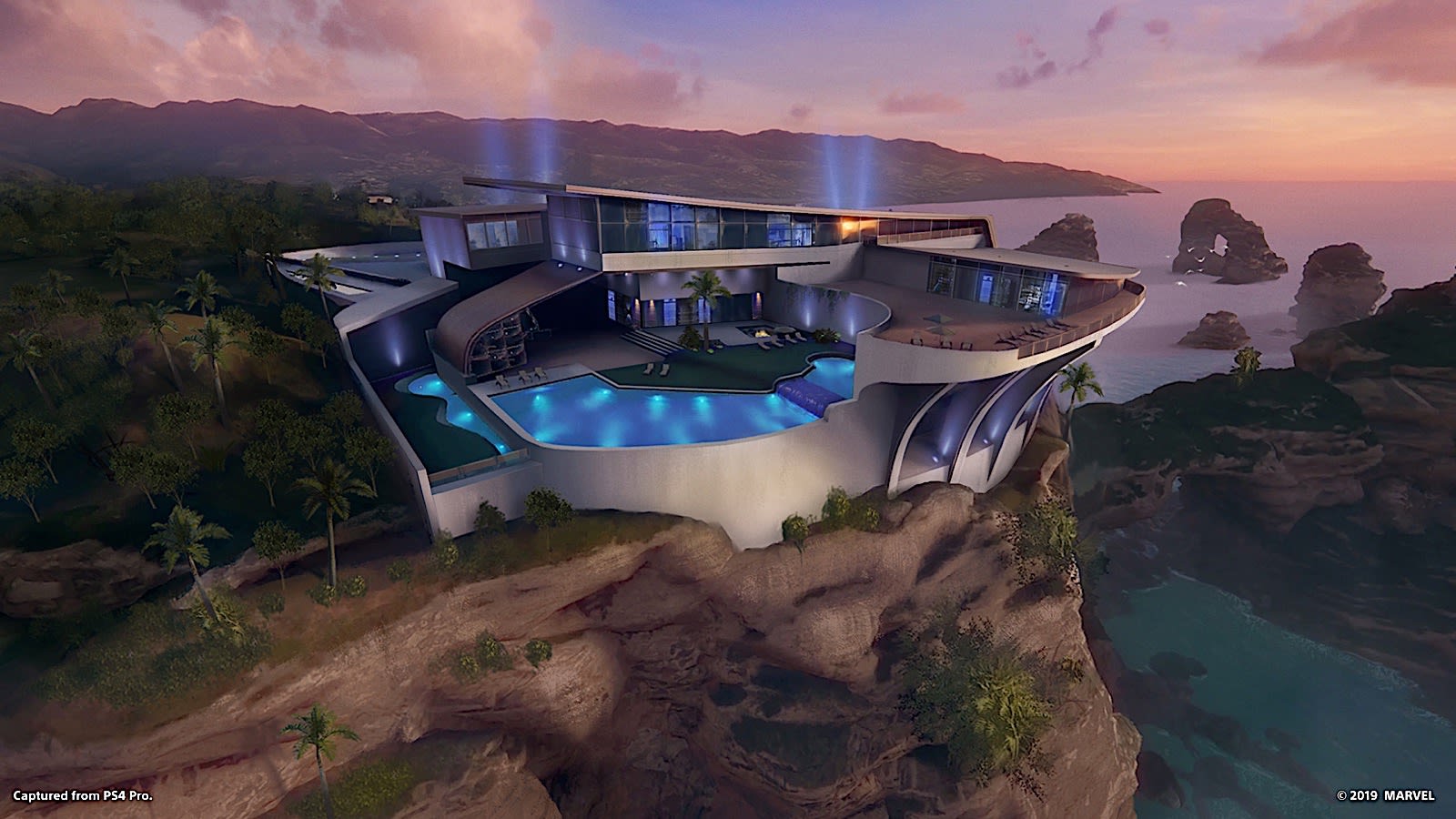 Fighting is equally intuitive: hold your hand up towards whatever it is you want vaporized and press the thumb trigger to fire the repulsor beam. Each hand is armed and, thankfully, the suit automatically hovers while you're engaging enemies. There's a punch mechanic as well, which is great for closing in on enemies and pummelling through shields. Simply press the X button on either controller and punch your arm forward. The repulsors and punching were the only two combat mechanics that were shown off at the demo, though if you note the lead image of this post, there's likely to at least be a Unibeam weapon as well.

These weapons came in handy when Stark's personal jet came under fire from a swarm of hacked air combat drones. After being sucked out of a gaping hole in the side of the jet, the second half of the demo consisted of me trying to capture the various parts of the suit before I hit the ground. From there it was a simple matter of flying back up to the jet, beating and blasting multiple waves of UAVs who would attack from all angles, and plucking Pepper Potts from the forward landing gear where she'd been dangling before the damaged jet blew apart entirely. Didn't even break a sweat. While this is a brand new storyline, Camouflaj reps assured me that it will stay true to the Iron Man canon (as Marvel wouldn't have it any other way). Your suit's autonomous operations are controlled by Friday, the AI Stark developed after Jarvis evolved into Vision. Friday acts as the in-game guide as well as Stark's verbal sparring partner. The suit itself was designed specifically for this game with the help of Marvel illustrator and costume designer, Adi Granov. In fact, the Camouflaj team spent over a year tweaking every aspect of the suit's design and it shows. When you're in the suit, you can see the individual armor facets flexing as you move your arms -- the attention to detail is uncanny.

Iron Man VR is still in development and Camouflaj does not yet have pricing or availability for the game beyond it coming out sometime in 2019 and being a PSVR exclusive.