Lego's Spike Prime kits give kids the confidence to code

STEM has a bit of an image problem: Despite efforts to make it colorful and friendly, it's still intimidating to a lot of students. When there are parents shoving electronics kits at them while offering no help and teachers insisting that learning to code is fundamental to their career prospects, some kids end up completely turned off. But now Lego Education has a $330 kit, Spike Prime, aimed at building coding literacy and overcoming the confidence problem that drives many kids away from STEM before they reach high school.

Instead of pointing students toward more complex projects, Spike Prime is about basic knowledge and practicality. As Esben Stærk Jørgensen, the president of Lego Education, said during a press event in New York today, Spike Prime is not about learning to code so much as it is coding to learn.

Along those lines, the 33 initial projects that kids can undertake focus on practical concerns. Sure, there's a robot that breakdances, but the point is to get you up and going with your own crazy moves in response as part of a general wellness program, like the Apple Watch's insistence on standing up. There's even an entire section called "Life Hacks" that features projects like a robot that responds to the weather in a given location, displaying a frown and flipping up an umbrella face when it's raining. If it's sunny, the robot can put on a pair of little sunglasses instead. 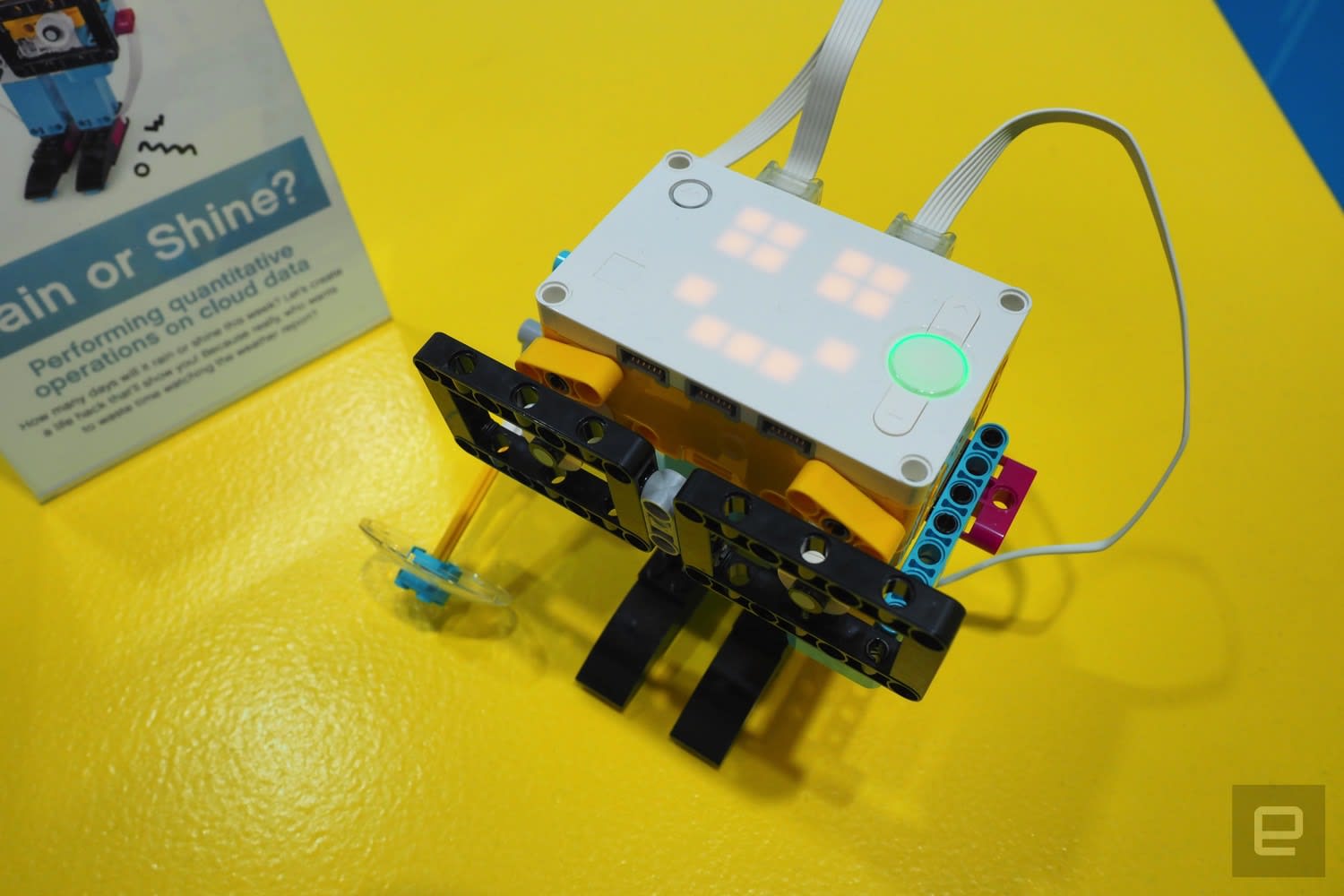 Lego Spike Prime has a software and hardware component; while the teachers go through lesson plans provided by the Lego Education site, kids get the kits and the coding software on a computer or tablet. Inside each kit is a "Hub" to control your creations. The ports are clearly labeled and the whole thing charges via USB.

Then there are the pieces: more than 500 in the initial set. It's a mix of standard Lego blocks and Technic components, with 11 new elements specifically designed and manufactured for Spike Prime to connect the two systems, which aren't normally compatible. There aren't a lot of wires or servos: It's really about building something with pieces students might already be familiar with. They can bring in more pieces to add to their creations as their skills develop. 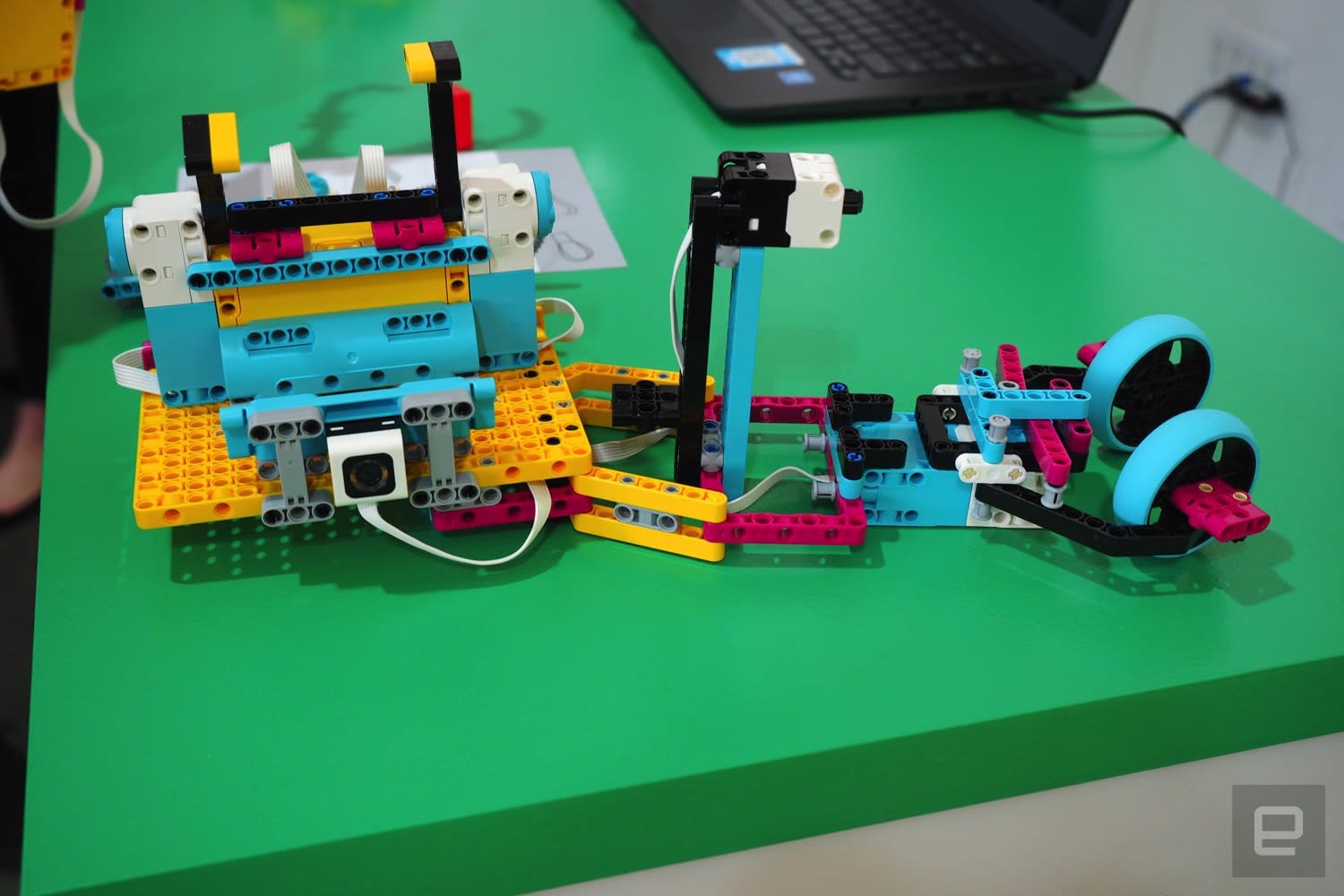 The user interface reminds me a lot of other kid's coding software, breaking down different functions into color-coded blocks that can be clicked and dragged in order of operations and which part they're meant to control. Other systems have tried this UI before to varying degrees of success, some keeping the raw code there on the screen even as it's bound up in a candy-colored wrapper.

The software here doesn't pull a bait and switch on kids, either: Each block is still written in relatively plain language, with fields that kids can easily customize. It's so easy to tweak that the first project out of the box can be done in a minute or two: The control block has a grid of LEDs on it that can be programmed to display simple pictures or alphanumeric characters, so kids are asked to create an emoji on it. Instead of, say, specifying grid coordinates for each light, the kids can draw the face they want to see on the programming block itself, choose how long they want it to display and they're done. Fast results like this are good for building a kid's confidence. Indeed, all of the projects are meant to be finished in a 45-minute class period. 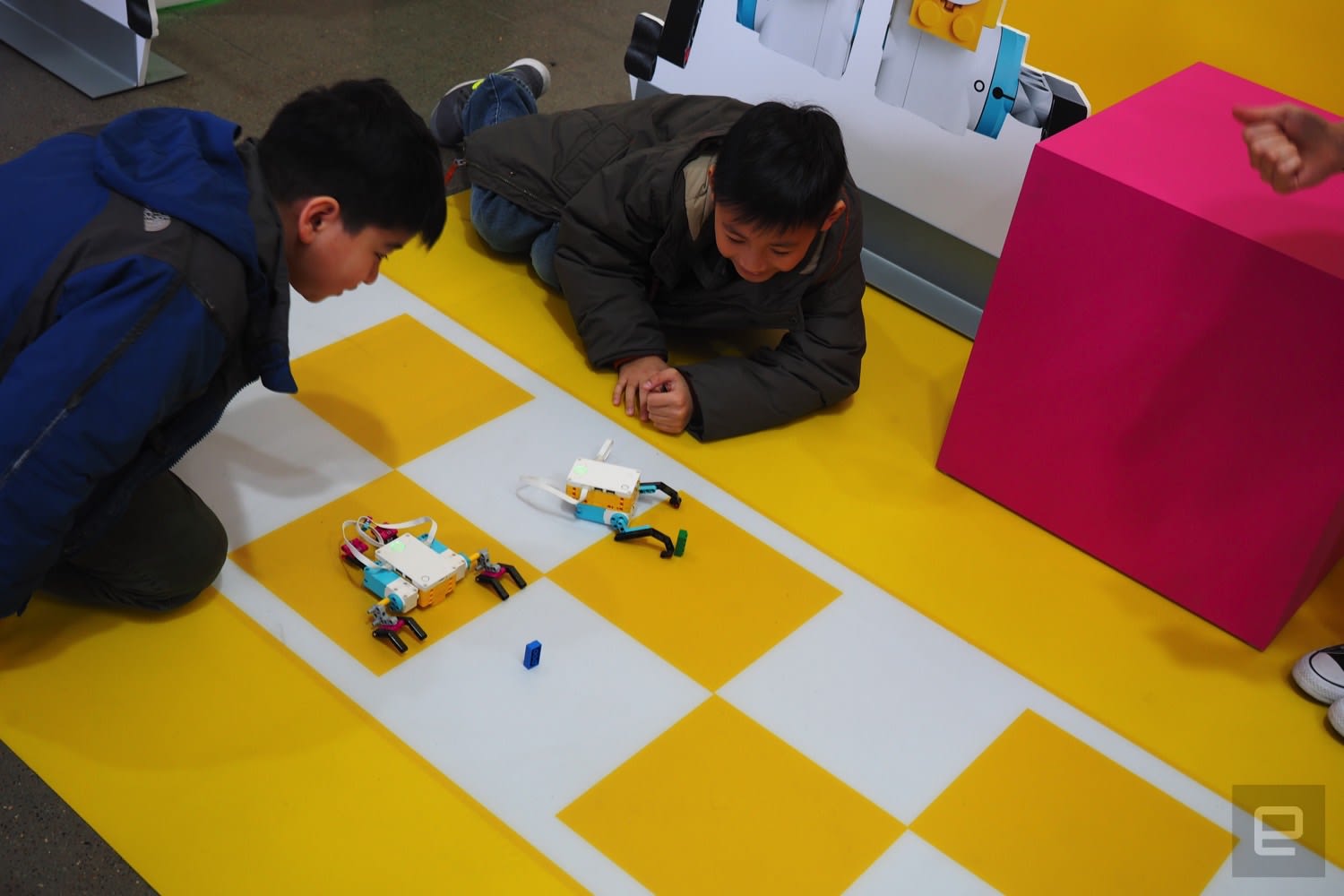 The entire system is based on the Scratch graphical programming language, so kids won't be asked to learn specific code. Even the weather lookup is preprogrammed into the Spike Prime app, pulling its data automatically from a Norwegian website. All the children have to do is manually type in what location they want to get the weather from. The entire system is about teaching concepts and problem-solving that can be used in every aspect of kids' daily lives.

There's even an entire "inventors" category dedicated to teaching problem-solving that asks kids to build projects that are broken so they can then troubleshoot what's wrong with the initial design and fix it. Some people (myself included) learn better by reverse-engineering something, and here it's been turned into a formal part of the curriculum. 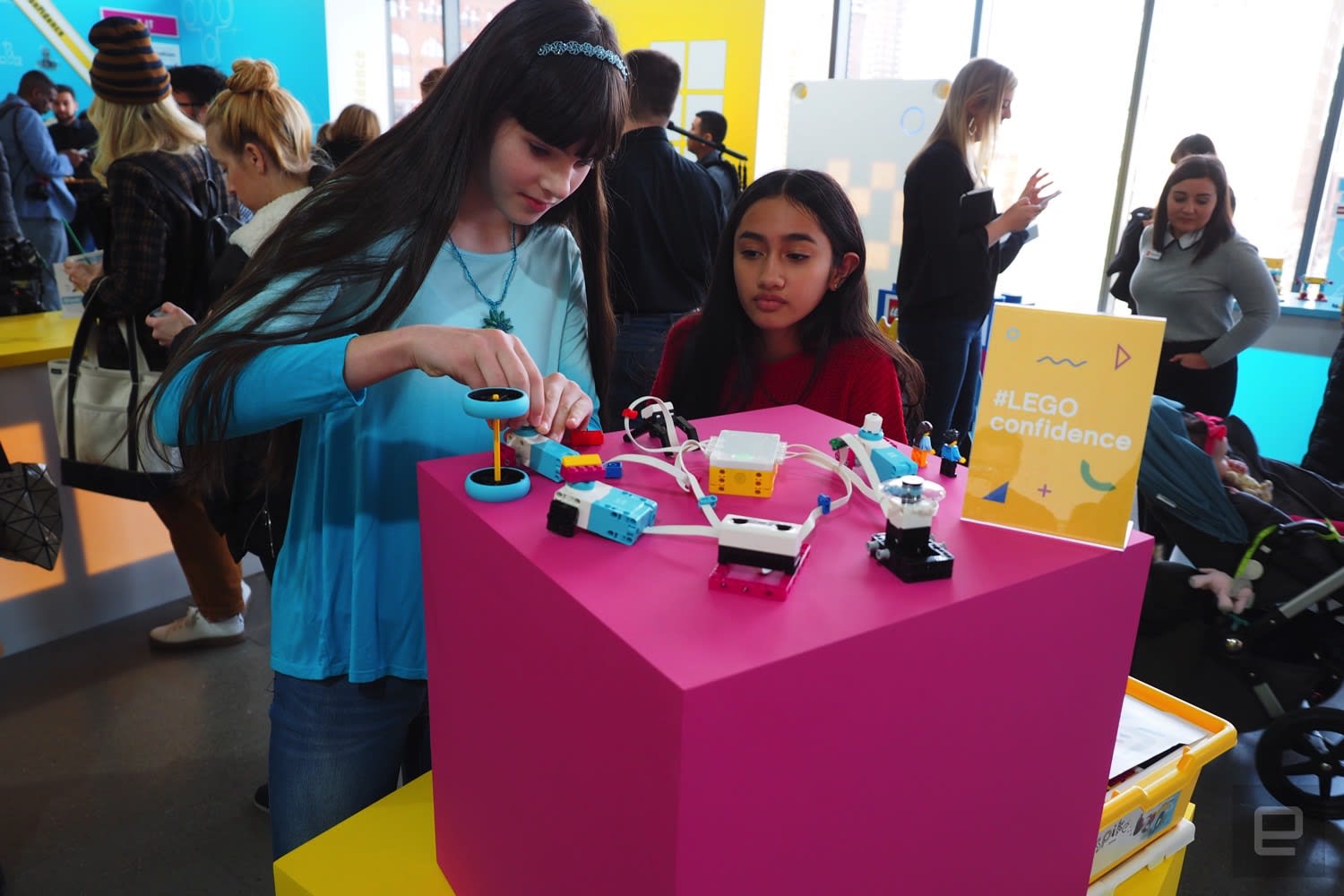 Let's not forget that Prime is an educational and not a consumer product, so a lot of its processes are geared toward teachers dealing with an entire classroom of kids. The robot designs are meant to be built in sections so multiple kids can construct it at the same time, which also teaches skills like delegation and collaboration. There's no login or account system to keep it privacy compliant, so teachers will need to check in with each kid in person during class. Spike Prime also fills in the gap between Lego Education's WeDo line and the more generally known Mindstorms. Now there's an education product for every group from preschool to college, but Spike Prime might be the most important one in the line because it's aimed at tweens, the age most kids lose interest in STEM.

Each $330 kit can serve two to three students, which actually makes it more affordable than Mindstorms or WeDo, which serve only two kids at a time. Outfitting a full class of 30 teens with Mindstorms can cost a school almost $7,000, while Spike Prime slips in below $3,300. It's available for preorder right now via the Lego Education website, set to ship before school starts in the fall.