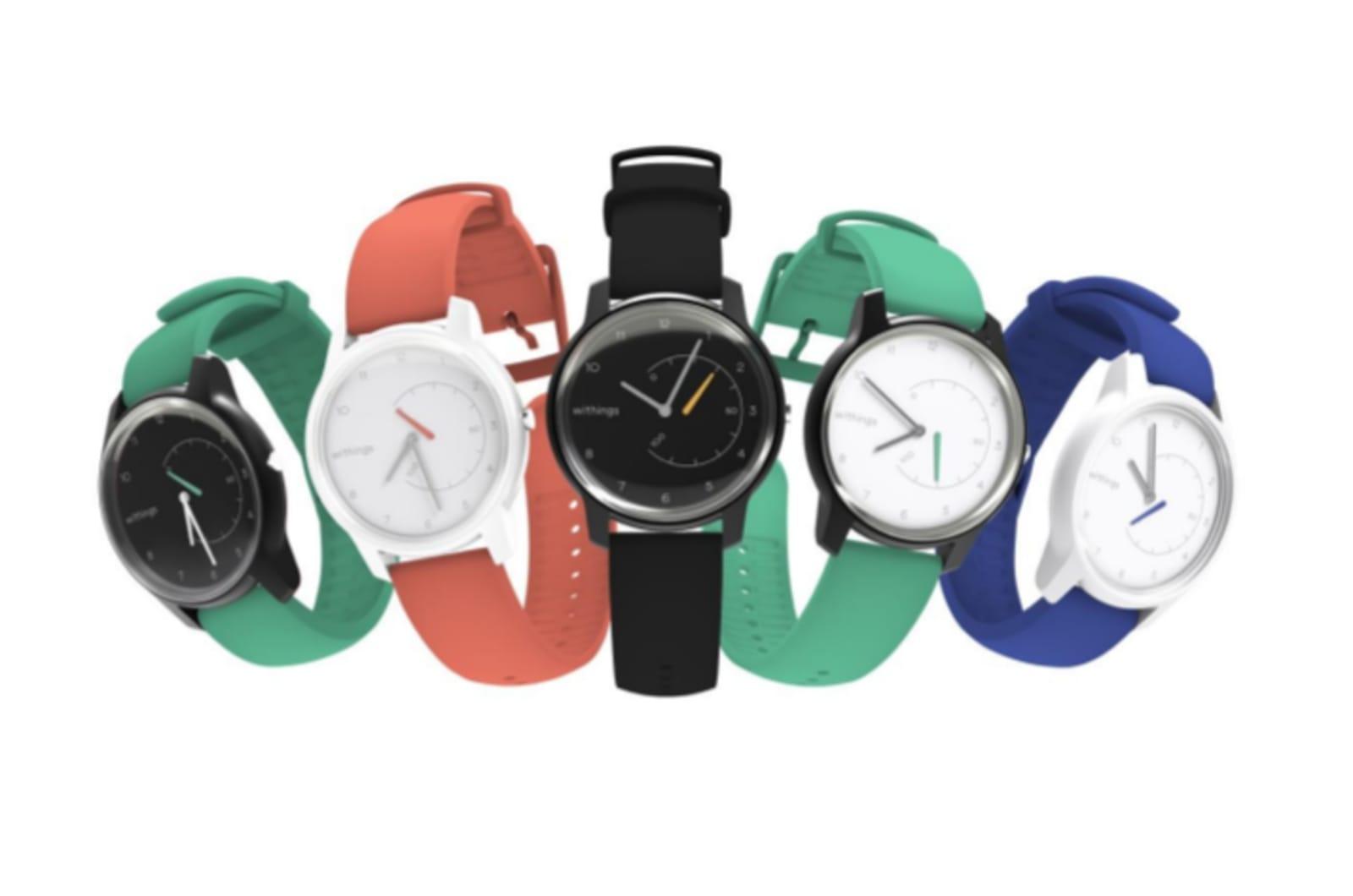 Back in January, smartwatch maker Withings announced the Move, a low-cost fitness tracker watch that could be customized by the user. Now, a month after the company initially promised shipments would begin, you can finally get hold of the first versions.

It features all the usual trimmings, including activity and workout tracking, third-party app connectivity, advanced sleep monitoring and an impressive 18 months of battery life. But the tech is not what the Move is about. Its main draw -- in a market already saturated with smartwatches -- is its customization.

Analog smartwatches are finding a lucrative foothold among those who value style as much as substance -- Sony's smart strap, for example, gives any classic timepiece the smarts traditionally found in less attractive plastic wearables. The Move follows the same trend, with five different color options released straight off the bat, three further color options available through Amazon and MoMA Design Stores, and new designs to be subsequently launched every month and on special occasions. Later in the year, users will be able to completely customize their device down to personalized images and the color of the dials, too. Get it now for $70 in the US, £60 in the UK for a Basic Essentials model, and £70 in the UK for a Made in France customized version.

In this article: battery, color, customization, fitness, gadgetry, gadgets, gear, health, monitoring, Move, Move ECG, sleep, smartwatch, tracking, wearables, Withings
All products recommended by Engadget are selected by our editorial team, independent of our parent company. Some of our stories include affiliate links. If you buy something through one of these links, we may earn an affiliate commission.