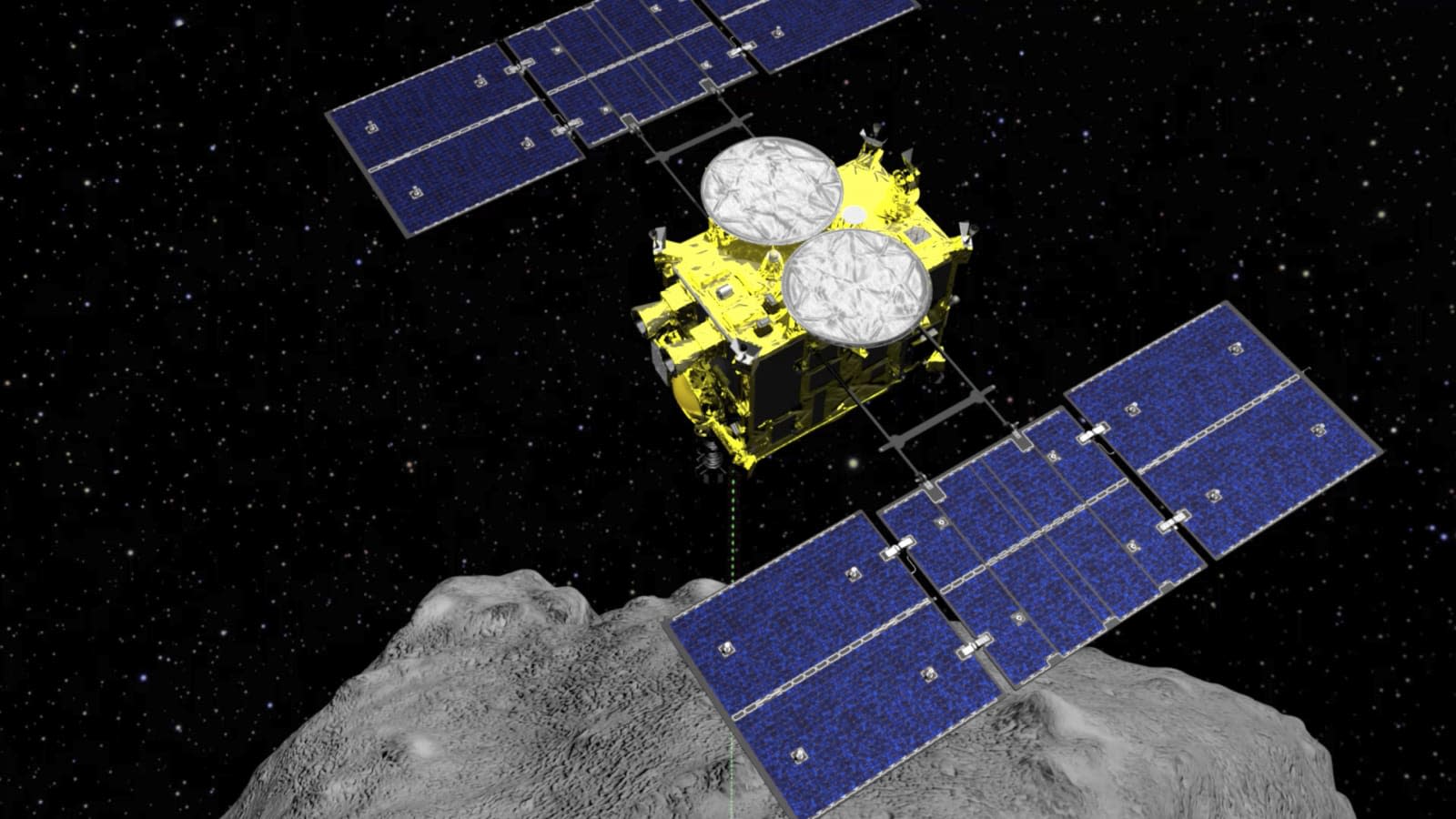 Forget bullets, Japan's Hayabusa2 spacecraft has detonated a bomb on the asteroid Ryugu to scoop up more samples. It deployed the device, known as the Small Carry-on Impactor (SCI) -- a 14kg copper container attached to the Hayabusa2 and packed with plastic explosive -- in the hopes of creating a 10-meter-wide crater on the space rock. On Friday, the SCI separated from the craft at an altitude of 500m above Ryugu and hurtled to its surface at a speed of 2 kilometers per second (4,474 miles per hour).

[SCI] April 5 at 11:56 JST. The SCI operation time has passed and we have confirmed there is no problem with the spacecraft during the evacuation operation.

To avoid getting hit by flying debris, Hayabusa2 maneuvered itself away from the impact zone, according to the BBC. Japan's Jaxa space agency will now check the probe's camera, deployed to monitor the explosion from a distance of around 1km, to see if it all went to plan. Then Hayabusa2 will once again land on Ryugu -- after successfully touching down on its surface in February when it fired a bullet into the asteroid -- to retrieve more rock and soil samples.

Coming from deeper underground, these latest samples should be more pristine and unspoiled by the harsh environment of space. They could therefore offer more clues about the early period of the solar system. You can check out Jaxa's entire live feed from mission control below.

In this article: asteroid, Asteroid Mining, hayabusa2, jaxa, space, tomorrow
All products recommended by Engadget are selected by our editorial team, independent of our parent company. Some of our stories include affiliate links. If you buy something through one of these links, we may earn an affiliate commission.