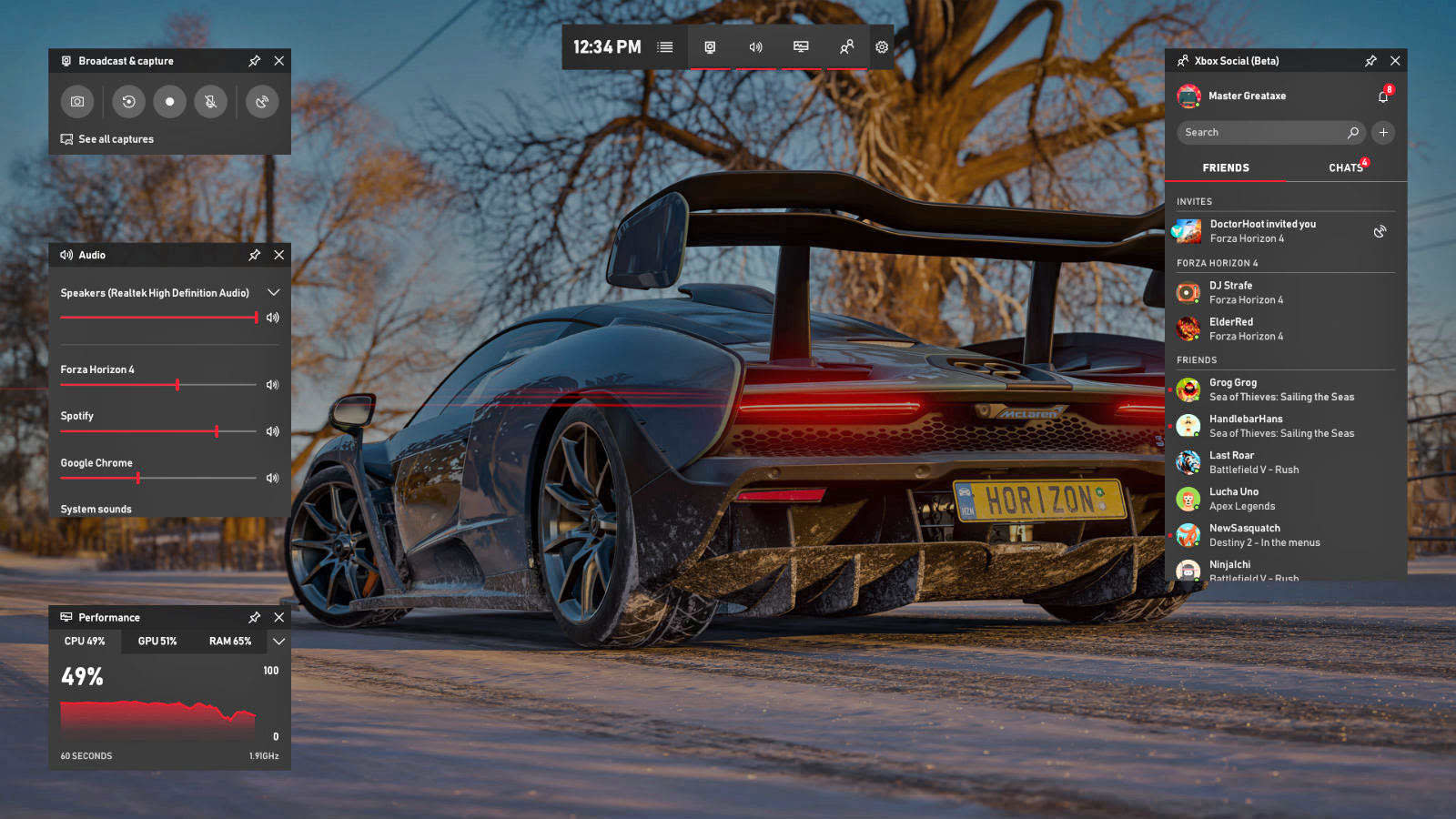 The game bar on Windows 10 is adding Spotify and a meme generator to its beta lineup. If you're signed up to the Xbox Insider Hub -- giving you previews of new features before they go public -- you can start blaring music while gaming by logging into the Spotify widget. You'll also be able to play, pause and skip tracks and change the current playback device. An extra audio widget means you can tweak the volume without having to alt-tab out of your game. Spotify will also serve you playlist recommendations, which will likely include its top gaming tracks and ultimate gaming mix.

Game bar already lets you broadcast, screenshot, and share captures to Twitter. Now it's making things more playful with a new meme-creator. The tool lets you edit your videos and add overlay text to your screenshots in the game bar gallery. Once your meme is ready, you can share it on Twitter, all without leaving your game.

Other new additions include updates to the Xbox Social widget that let you text and voice chat your pals, watch their Mixer streams, and see what they're playing. The same friends list and communication features work on Xbox One as well as within the Xbox App on iOS, Android and Windows 10. There are also overlay customization options including the ability to show, hide and pin specific widgets. Microsoft says the new features are based on user feedback.

In this article: gaming, microsoft, personal computing, personalcomputing, windows, Windows 10, windows gaming
All products recommended by Engadget are selected by our editorial team, independent of our parent company. Some of our stories include affiliate links. If you buy something through one of these links, we may earn an affiliate commission.