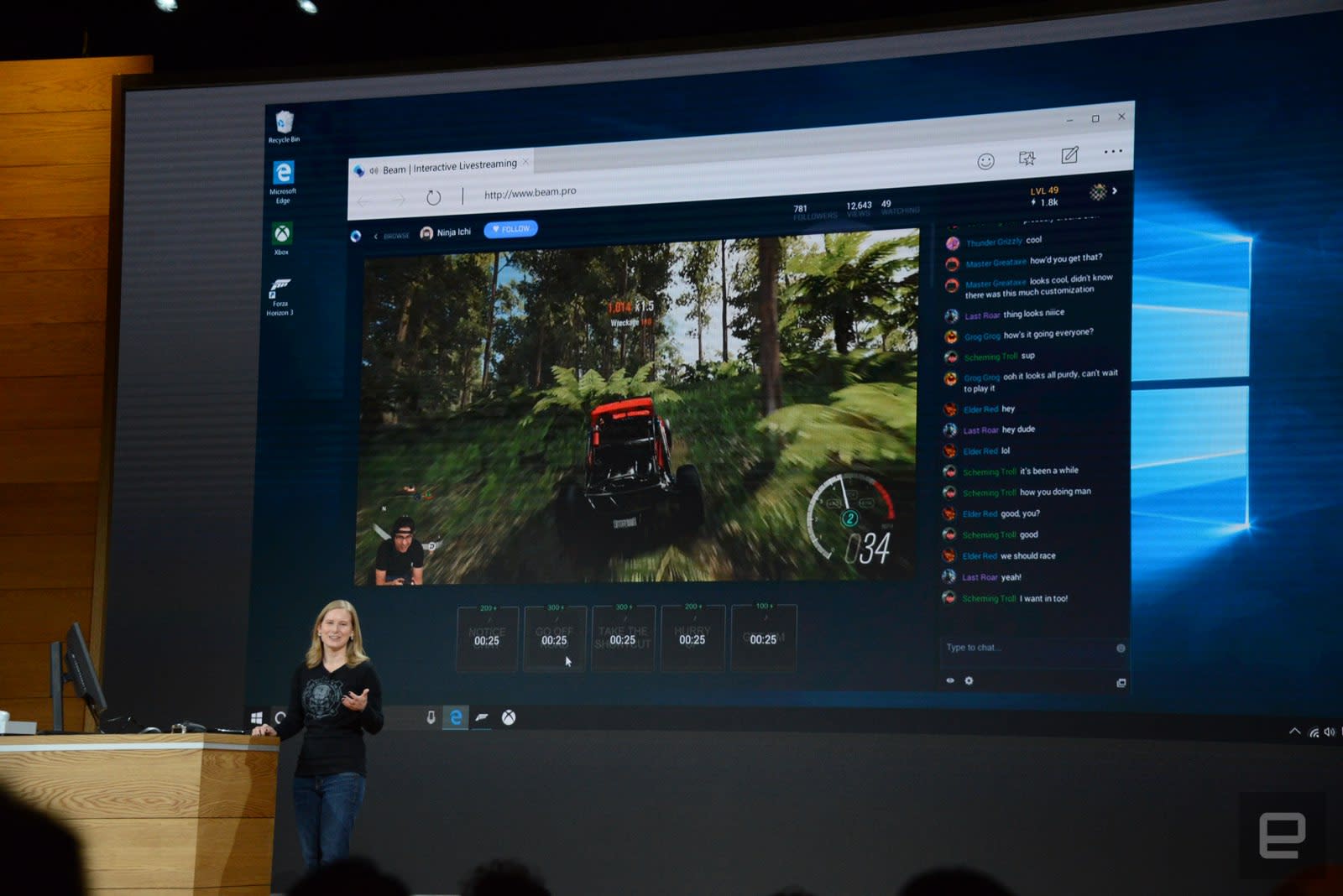 Microsoft made a big fuss out of the Windows 10 Creators Update's gaming features, and it's nearly ready to start delivering on them... including some that have remained mysterious. The company has revealed that it'll start trotting out a largely unknown Windows 10 Game Mode as part of Insider previews "this week." The improvement won't be fully functional until later releases, but Microsoft has at last shed some light on what it is: it'll fine-tune your PC to speed up gaming performance. This mode should help both legacy Windows games (Win32) and modern titles (UWP), so you won't have to be picky about what you're playing to notice a difference. You should "soon" hear a lot more about how it works, Microsoft says.

The news comes as Microsoft has detailed some of the already known upgrades hitting both the Xbox One and Windows 10 in the months ahead. Baked-in Beam livestreaming will be the centerpiece on both platforms, giving you a simple way to share whatever you're playing. On the Xbox One, you'll also see an enhanced, always-available Guide with faster access to game recording and music controls, an Achievement tracking overlay, a new look for Cortana and a Gamerscore leaderboard.

Both platforms will receive Xbox Live upgrades that help you connect to friends on social networks, a more social-friendly Activity Feed, better tools for Clubs and looking-for-group posts, and the option to start your own Arena tournaments in games like Killer Instinct and World of Tanks. So long as you're willing to be patient (you won't get much of this until at least the Creators Update), you'll have a lot to look forward to.

In this article: av, beam, creatorsupdate, games, gaming, gear, livestreaming, microsoft, personal computing, personalcomputing, windows10, windows10creatorsupdate, xboxlive, xboxone
All products recommended by Engadget are selected by our editorial team, independent of our parent company. Some of our stories include affiliate links. If you buy something through one of these links, we may earn an affiliate commission.