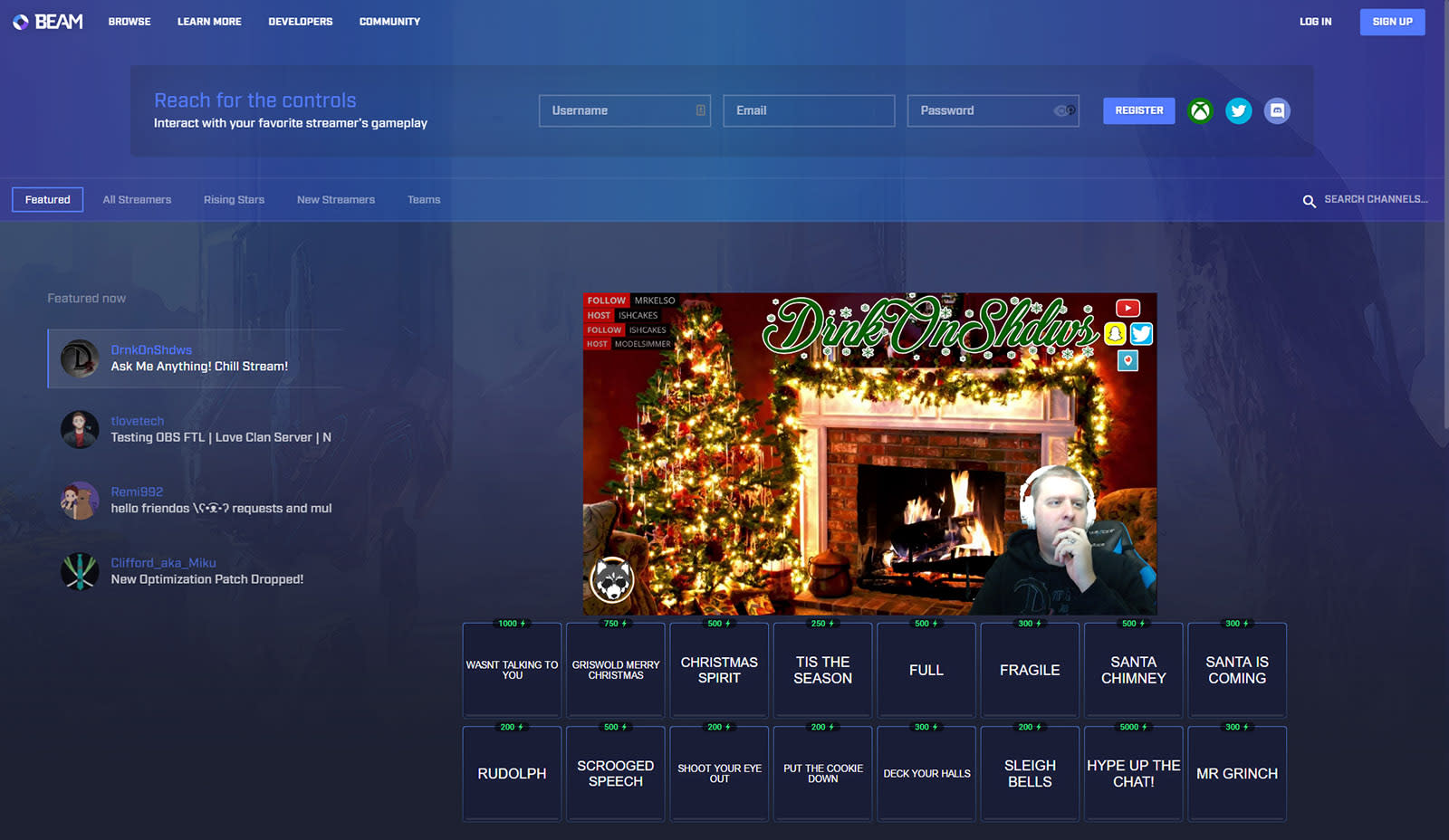 Microsoft is getting its newly-acquired Beam livestreaming service ready for Xbox and Windows with a big new update rolling out today in beta. Beam's low-latency tech lets you rapidly interact with your favorite streamers, and even play along, compared to the more passive Twitch experience. It's improved the already-quick latency by five times, increased the max bitrate to 10 Mbps and now supports 60 FPS render speeds at up to 2,560 x 1,440 resolution.

There's also a new homepage, a refreshed UI language, logo and design, plus "deep chat improvements." Those include inline emoticon auto completion, an improved polling UI that gives you the ability to see what your friends voted on, and a system that can better handle network errors. To top it off, Beam added an HTML5 player that eliminates Flash and brings more controls, better VOD playback and improved browser support.

As a prelude to Xbox and Windows support, you can now log into beam with your Xbox Live handle, "with plans to eventually make Xbox Live the best (and only) way to sign into Beam," the company says. If you don't have a Microsoft account, you can convert your Beam credentials at any time. While that may be "jarring" for long-time users, the login requirement will be "cool for the community" thanks to Microsoft's scaling, security, marketing and social power, Beam says.

Beam reiterated that Xbox One and Windows support is coming sometime this winter and said it will bring new hybrid applications to mobile in 2017, with technical details to come later. "We're no longer the scrappy startup we were last year, and with the resources of Microsoft behind us, we're ... evaluating how we can make every aspect of the site more smooth, stable, and epic," says Beam CEO Matt Salsamendi.

Even with Microsoft's might behind it, Beam has just 100,000 monthly users as of August, far from Twitch's 100 million monthly user count. The new update shows, at least, that Microsoft is putting some effort into it. As a reminder, the new features are in beta, and the company is looking for feedback on how everything works.

In this article: av, Beam, gaming, Livestreaming, Login, microsoft, performance, UI, XboxLive, XboxOne
All products recommended by Engadget are selected by our editorial team, independent of our parent company. Some of our stories include affiliate links. If you buy something through one of these links, we may earn an affiliate commission.