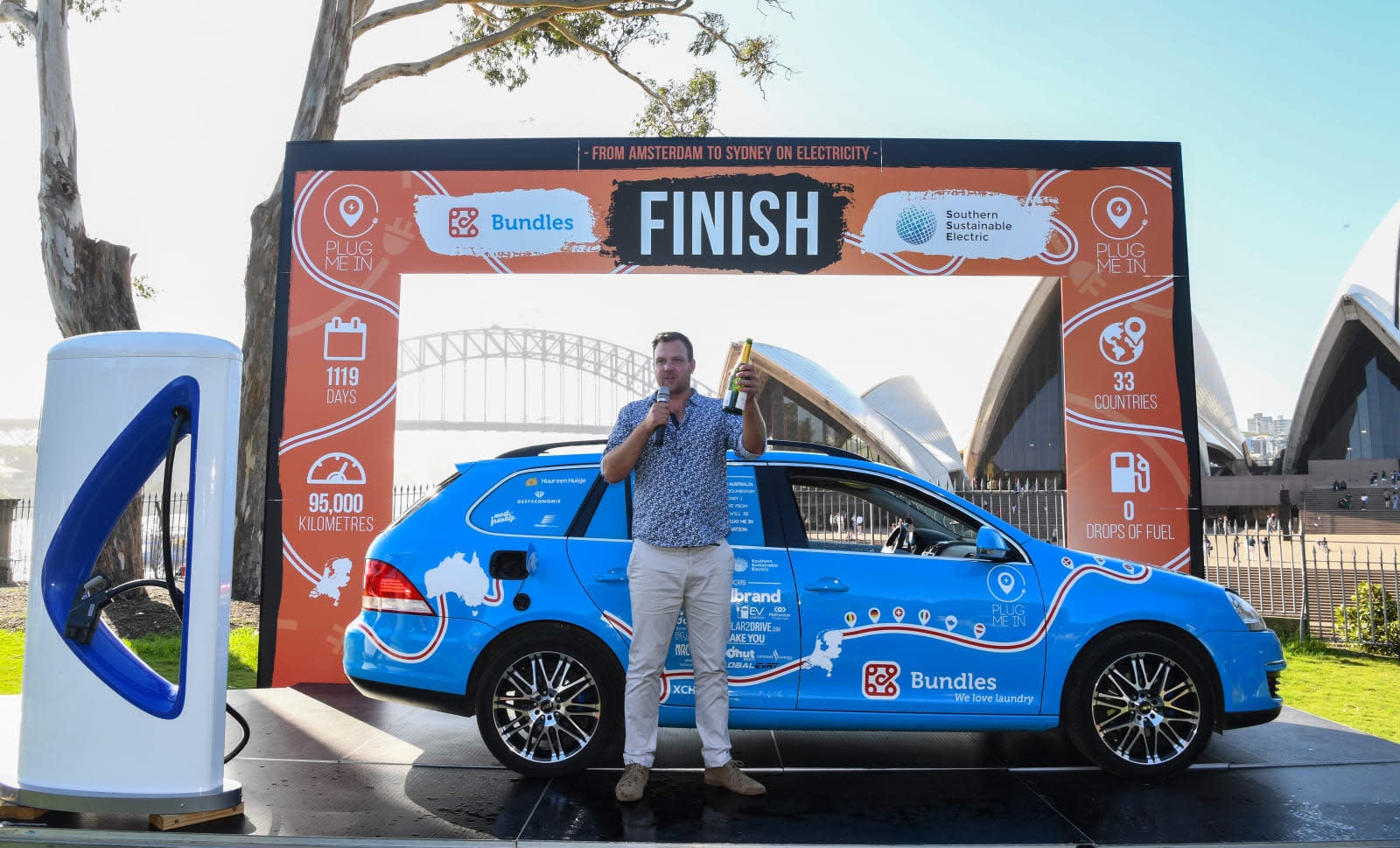 One of the more prominent campaigns for mainstream electric car adoption has just come to a close. The Netherlands' Wiebe Wakker has officially completed what's billed as the "world's longest electric car trip," stopping a roughly three-year, 59,000-mile journey from Amsterdam to Sydney, Australia. He set out on March 15th, 2016 in a modified VW Golf as part of the Plug Me In initiative, which aimed to show the feasibility and advantages of EVs. The journey took him across 33 countries and relied on a combination of volunteers (for accommodations, charging and food) as well as sponsors that included tech giants like Adobe and Canon.

The trip required multiple sea crossings and wasn't quite as eco-friendly as it could have been as a result. However, it still underscored the environmental and economic advantages of his ride. The unmodified Golf would have required about 1,792 US gallons of fuel to complete the trip, which would have cost $4,552 if you relied on average US gas prices in 2018. Wakker spent a mere $300 on electricity over three years, and most of that was in the Australian Outback.

You can argue that Wakker achieved his goal, even if he was far from the only one pursuing that electrification dream. EVs were certainly a practical reality in 2016, but your choices at the time were largely limited to either premium cars like the Tesla Model X or short-ranged machines -- even Wakker's custom Golf couldn't go further than 124 miles on a charge. While EVs are still far from dominant in 2019, they're considerably more commonplace, affordable and longer-ranged. While stricter emissions rules, competition and economies of scale played large roles in that transformation, we wouldn't rule out campaigns like Wakker's playing a small part.

In this article: activism, electric car, electric vehicle, environment, ev, gear, green, transportation, wiebe wakker
All products recommended by Engadget are selected by our editorial team, independent of our parent company. Some of our stories include affiliate links. If you buy something through one of these links, we may earn an affiliate commission.