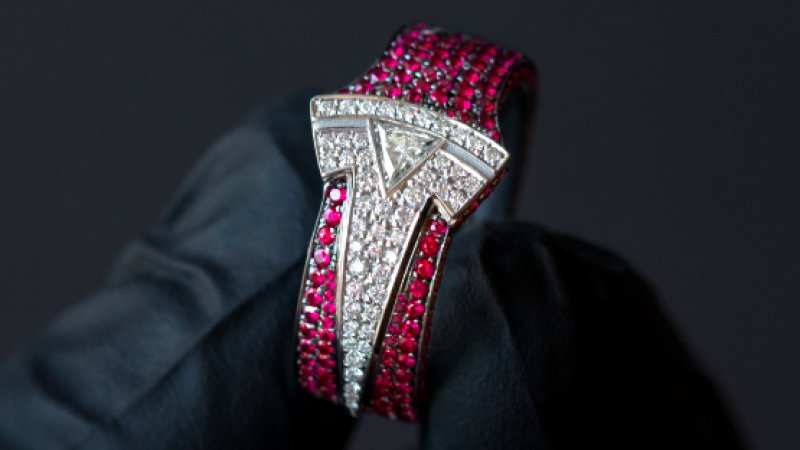 Ben Yang, a jeweler to the stars better known as Ben Baller, recently made a custom diamond- and ruby-encrusted Tesla ring reportedly valued at $37,000 for Elon Musk as a token of his appreciation. More recently, he found himself panicked and locked inside his Model X when it went into low-power mode and publicized the incident on social media.

Baller, the co-founder and CEO of If & Co., a Los Angeles-based maker of diamond-encrusted jewelry, detailed the incident and its aftermath in an Instagram post.

To those who been asking about an update on #Tesla. I have to say, They reached back out to me somewhat quickly as it was a weekend and by Monday they did their due diligence and allowed me to terminate my lease early without any penalties or fees out of my pocket. Thank you for that. FYI: Most leases for a Model X #P100D are $2000-$2400 a month and my lease was $1,078 a month. So it was in my best interest to keep the car as long as possible because a lease that low for a $165,000 car isn't common. But yeah. F that I'm good. Sorry for the rant. But I got thousands of DM's even emails about an update of my situation. I'm going to auction off the ring and donate all proceeds to charity. And again. I'm not saying I'm against Elon or Tesla. I'm only saying it's not the car for me or my family.


Baller, a longtime fan of Tesla, said he was locked inside his Model X P100D on a recent Saturday night for 47 minutes, having initially recorded the experience via an Instagram Story. "The electricity went into low power mode with 211 miles on the battery left and my driver side door wouldn't open," he said later on the app. "NO doors or windows would open." He says he was finally able to exit through the trunk. "Oh and No AC," he added.

Dear @elonmusk
Please accept this 1 of 1 custom Diamond and Ruby #Tesla ring for being an inspiration to me and my best friend Paul. FYI both of us own @tesla Model X P100D's and both of us appreciate what you've done for Americans and the 🌎 🙌🏼 pic.twitter.com/gkyscIO0Ky

He later explained that he would never allow his children to get in a Tesla again. His son, London, suffers from asthma and has had to go to the emergency room 26 times in the last six years, he said, and he couldn't afford to risk having to wait for roadside assistance while he had an attack.

Presumably as a result of the ring he made, Baller claims he was able to land a meeting with the Tesla CEO, slated for April 9, at Tesla's headquarters. But after the incident with his Model X, he said, he received an email from Musk's executive assistant, who said Musk would no longer be available to meet and who suggested that next time, Baller contact her directly to resolve the problem rather than posting it online.

In response, a Tesla spokesman told Autoblog there was no confirmed meeting with Elon scheduled, and that Baller's recollection of the events with his Model X don't match what is recorded in his vehicle's logs. We have asked for more detail about what those logs show and will update this if we hear back.

While Baller's initial livestream of the incident drew plenty of snark on social media, Tesla has been down this road before with customers getting locked inside its vehicles. In February, a man died in horrific fashion in Florida after his Model S crashed, burst into flames and neither he nor first responders were able to open the door – that event remains under investigation.

Baller says Tesla quickly responded to him and allowed him to terminate his $1,078 per-month lease of the Model X. He plans to auction off the ring for charity. Meanwhile, Baller says he has purchased a replacement vehicle: a black Chrysler Pacifica minivan tricked out by VANkulture with a luxury interior, 22-inch wheels, lowered suspension and other enhancements. "I can be a dad and push the kids to school or be driven in this while holding down meetings," he says.