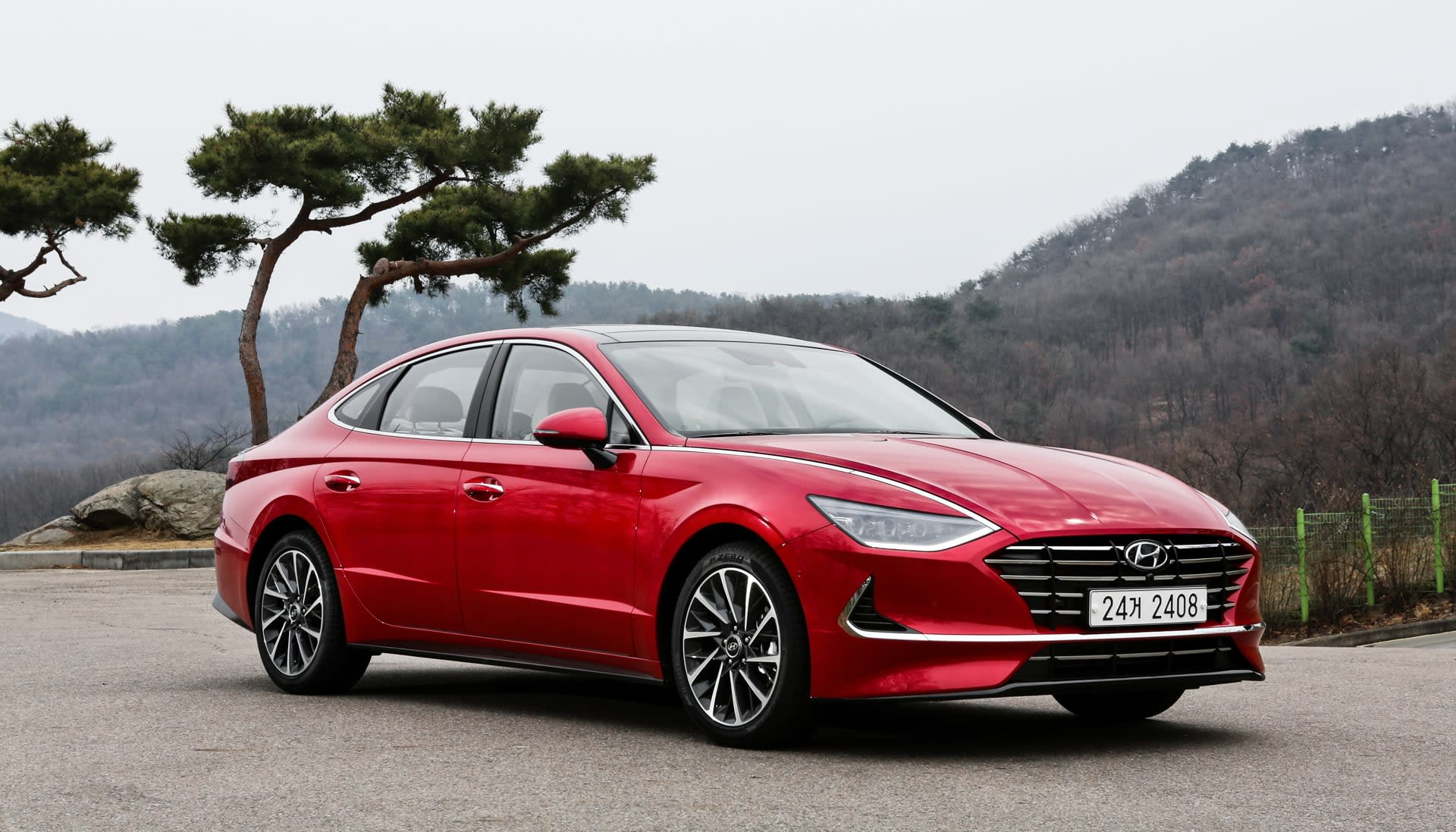 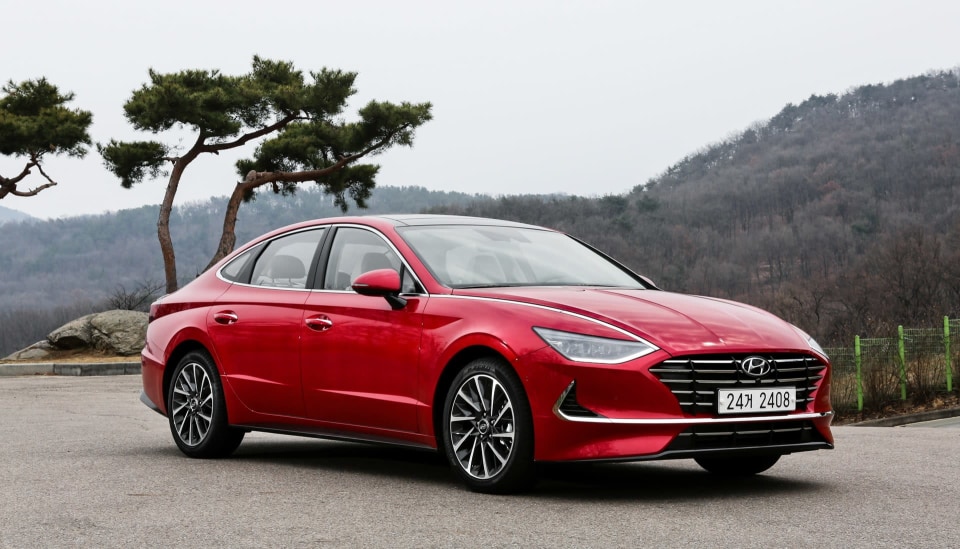 The last decade or so have been tough on the sedan market. As more drivers are opting for the higher seating position and increased cargo space of SUVs, four-door car sales have shrunk. So you'd think that Hyundai would just quietly update the Sonata with a nicer engine and maybe sprinkle some tech here and there as it waits for the segment to collapse. Instead, the Korean automaker's latest sedan is going all in with a radical design, more dynamic driving and enough tech to make you wonder if this car wasn't birthed in the bowels of some Silicon Valley startup.

During a trip to Korea with the World Car Awards (I'm a judge), the automaker put me behind the wheel of its latest Sonata (no price announced yet but will probably start in the low- to mid-$20,000s) as we traversed the country's roads. I'll admit that, initially, I wasn't looking forward to driving the Sonata. It's always been a bland vehicle. I was really there for the Kia Soul EV. But after a few miles, I realized the latest sedan from Hyundai is the high-tech reasonably-priced car the sedan market needs.

Honda has something similar, but it's only for the right side of the car and the video feed appears in the infotainment screen. Hyundai's Blind-spot View Monitor solution is more robust because it handles both sides of the vehicle and it's right where your head is already facing. Yes, you should still check your blind spot. But, this additional information in the cluster is a smart way to add safety to driving.

Your welfare also seems to be in mind with the automaker's updated driver's assistance package. During bouts of traffic around Seoul, the Sonata's lane-keep assist was better able to center the vehicle than the system I've tried in other Hyundais. Wide curves were no problem for the car but I was unable to test it on anything resembling a tight bend.

Meanwhile, adaptive cruise control made short work of the gridlock keeping the Sonata a fair distance from other vehicles and gently adjusting speed and follow distance as traffic changed and other vehicles merged in front of the car. 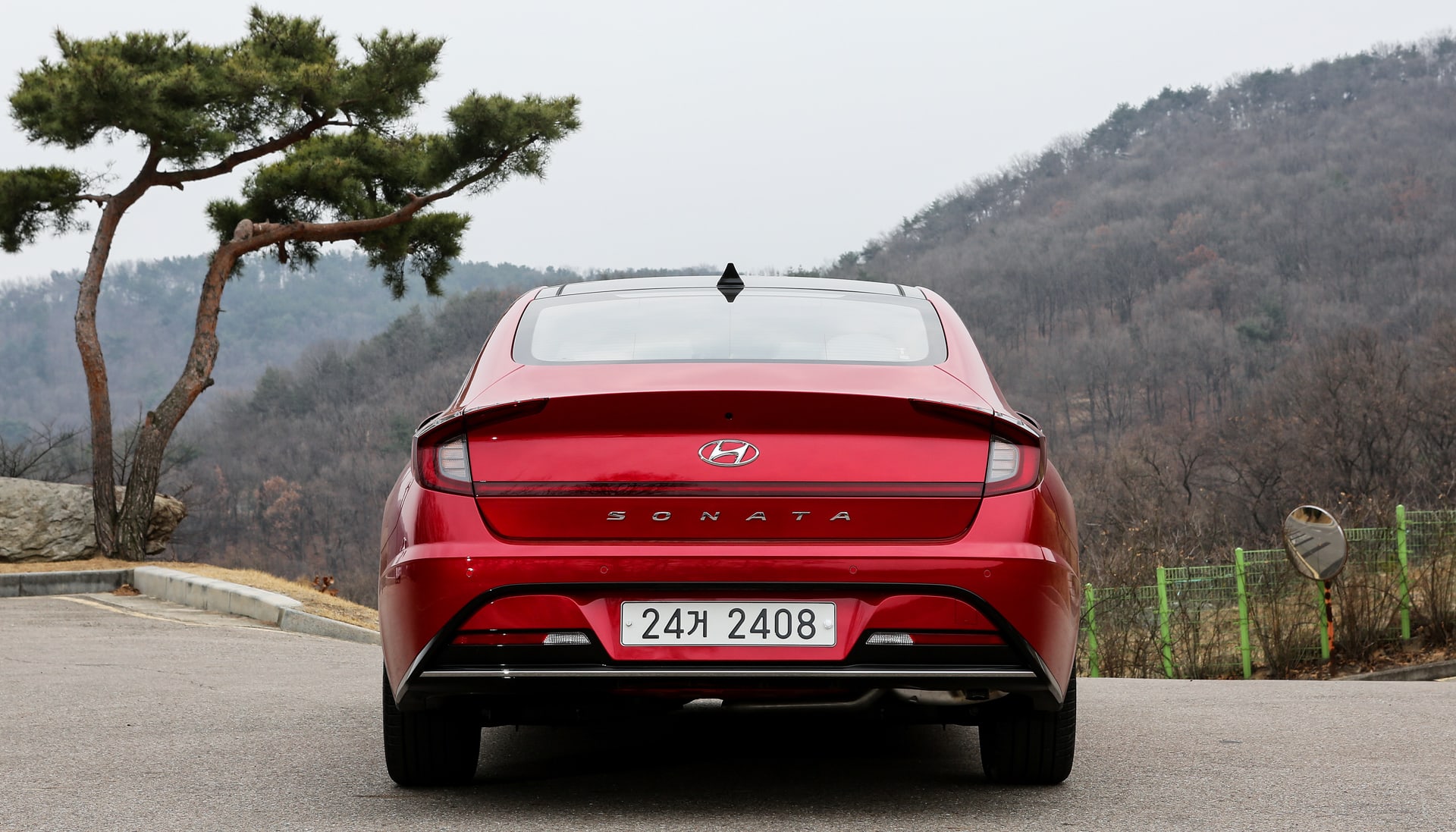 The improved tech on the Sonata is also applied to the navigation system, that's more robust with gentle warnings about things about to happen either immediately or miles away. For example, when you pull onto a new road the car will tell you how far until you have to turn. It also shares information about upcoming dangerous bits of road. When the vehicle you're driving tells you that the upcoming section is prone to fatal accidents, you tend to pay attention. Whether that amount of danger detail will be available on US cars is yet to be seen, it's an interesting way to keep drivers alert to the perils of the road though.

The rest of the infotainment system resembles the tried and true Hyundai platform. As usual, it's easy to navigate and use. It's not flashy, but it gets the job done. All the pomp and circumstance seems to have been sent to the dash cluster. When you switch drive modes, the gauges transform in a splash of color. It's fun to watch and you'll probably tire of it after a month (like most options like this), but it's touches like this that give a car its character and the Sonata is not wanting in that area. 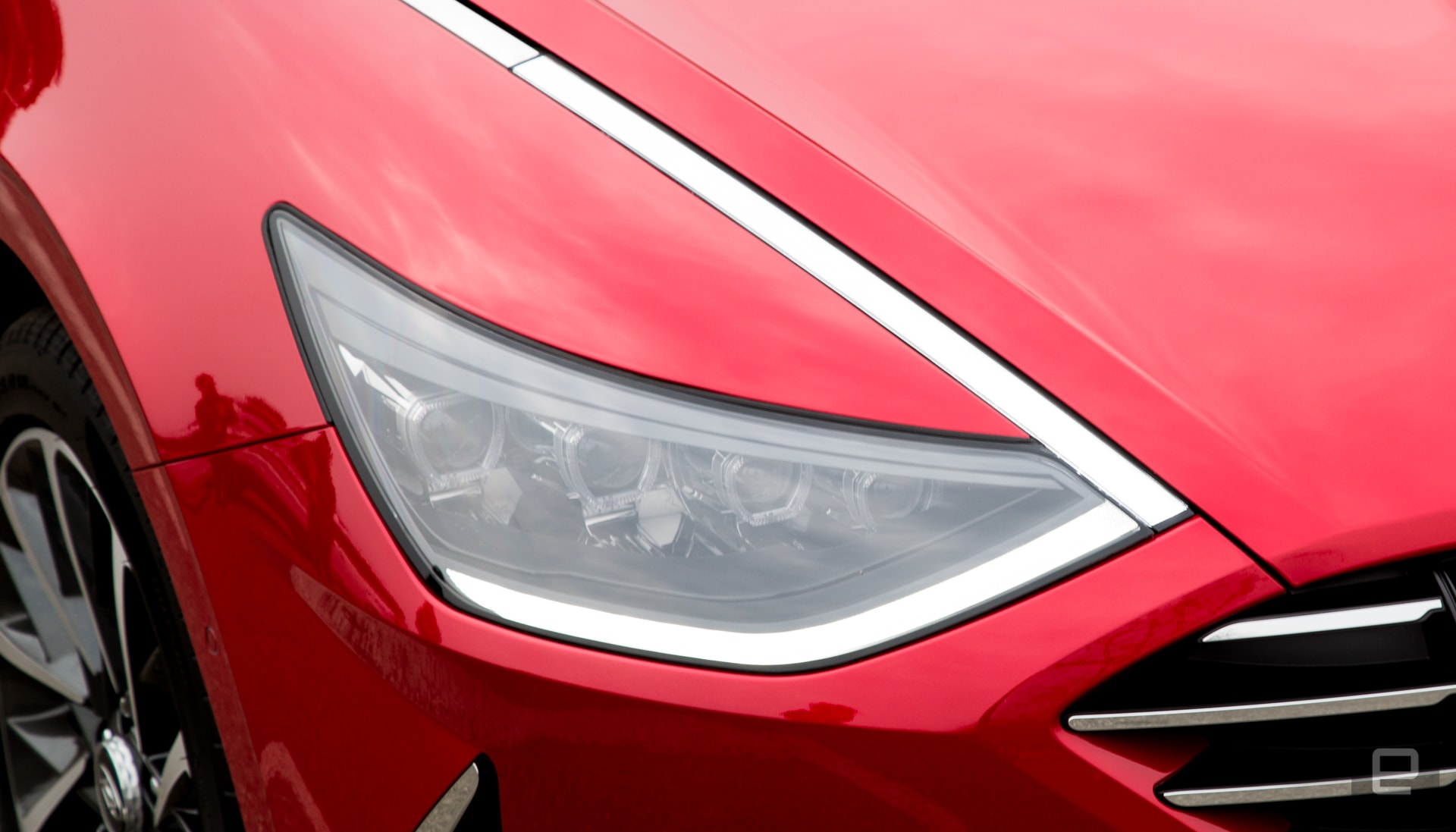 The exterior looks like the automaker has taken more design cues from Audi than previous versions of the Sonata. It's sloping bonnet looks like it belongs on a sports car and yet works on the sedan. The light signature on the front also seems to be a nod to the German automaker. A white line surrounds the headlamps and gradually fades into the hood. Does it seem a bit like overkill? Yes. Is it cool when you see the Sonata driving down the road? Yes.

The interior, while not as exciting, is comfortable and pleasant. I was surprised that after about an hour in the back seat, I wasn't begging my driving partner to pull over so I could stretch my legs. The driver's seat was equally cozy. But for some reason, the passenger seat sat too high. Like, at least a few inches higher than the driver's seat. It was weird and reduced headroom significantly. It'll be interesting to see if Hyundai adjusts this before the car hits the US market.

Which brings us to the powertrain. Hyundai had us driving around in Korean spec vehicles. You can't really speed in Korea. At one point during a drive down a twisty mountain road the limit was 30 kilometers an hour. That's 18.6 miles per hour. LOL no. Fortunately, when the cars lands in the United States we'll get a 1.6-liter four-cylinder turbo. The automaker let me drive that on a track and it seemed like a huge upgrade, although I'd like some proper time on the road with that engine before forming a real opinion. 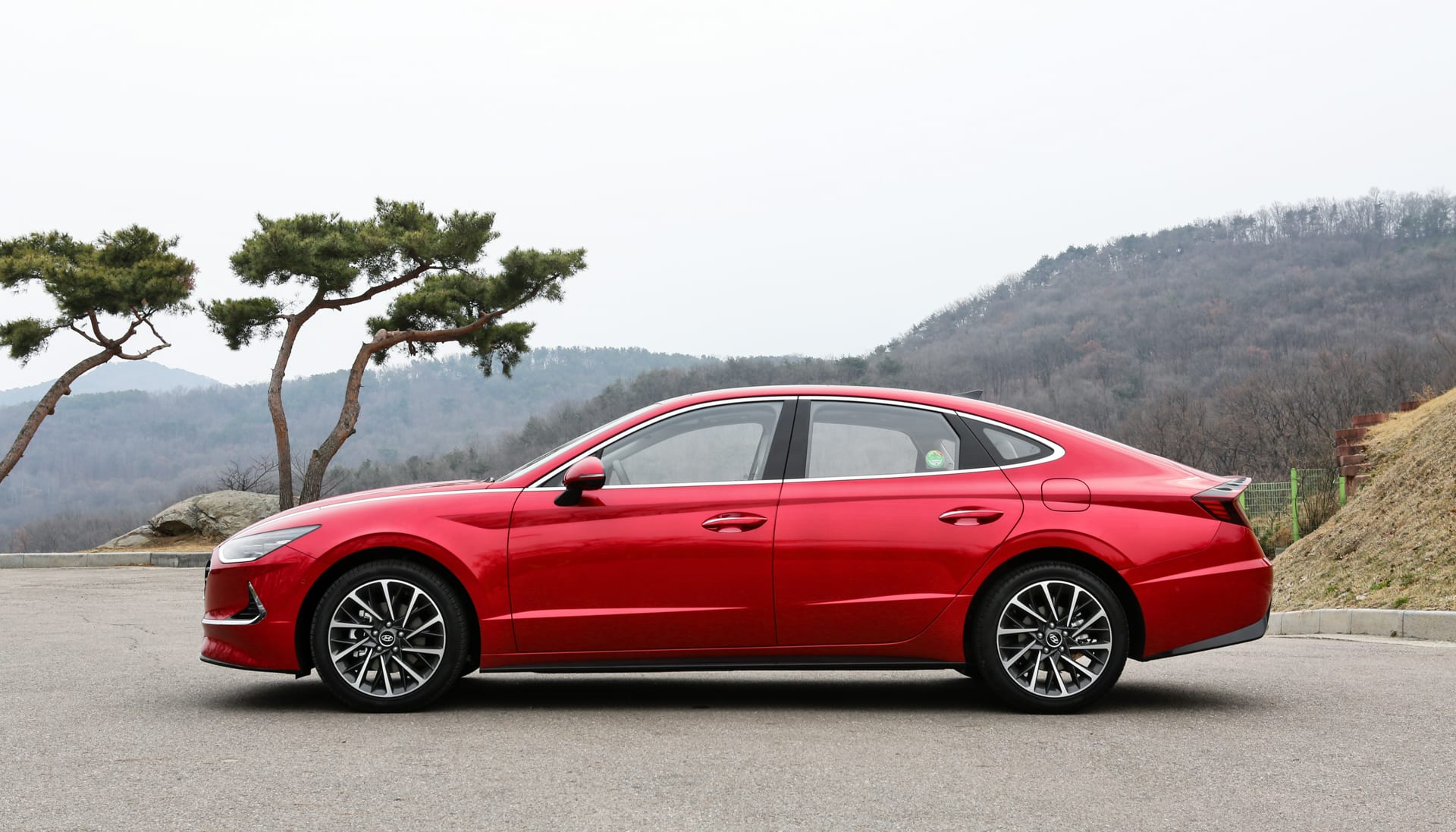 The suspension and handling also seemed tighter on the US spec car while on the track. But again, I'd like some real time behind the wheel of that car.

Even with the anemic Korean engine, the 2020 Hyundai Sonata is a surprising sedan. The current and previous generations were frankly, forgettable bland boxes. With this refresh, the automaker has introduced a tech-forward car that's cool looking, comfortable and probably very fun to drive.

In this article: 2020 sonata, design, gadgetry, gadgets, gear, hands-on, hyundai, hyundai sonata, transportation
All products recommended by Engadget are selected by our editorial team, independent of our parent company. Some of our stories include affiliate links. If you buy something through one of these links, we may earn an affiliate commission.