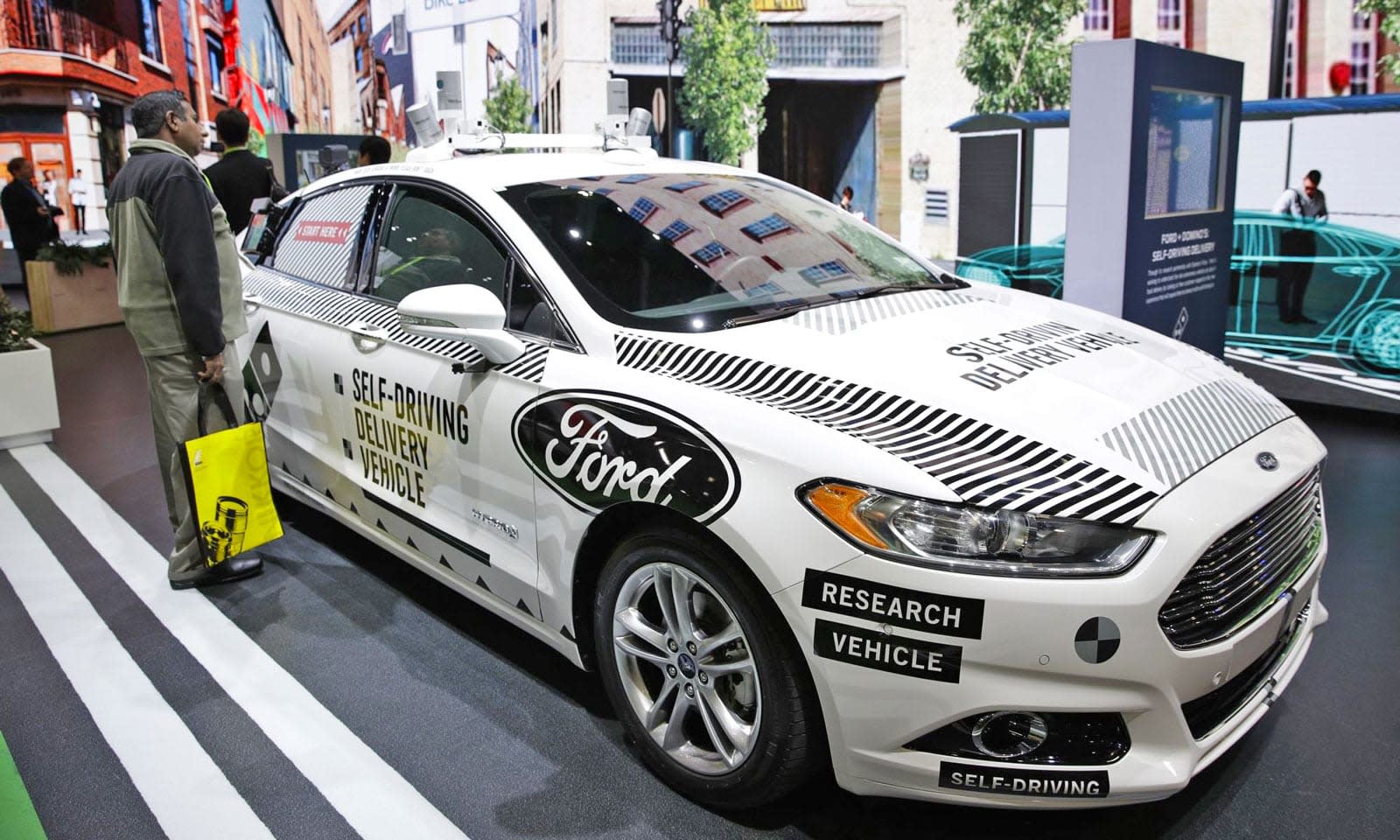 Ford CEO Jim Hackett scaled back hopes about the company's plans for self-driving cars this week, admitting that the first vehicles will have limits. "We overestimated the arrival of autonomous vehicles," said Hackett, who once headed the company's autonomous vehicle division, at a Detroit Economic Club event on Tuesday. While Ford still plans on launching its self-driving car fleet in 2021, Hackett added that "its applications will be narrow, what we call geo-fenced, because the problem is so complex."

Hackett's announcement comes nearly six months after its CEO of autonomous vehicles, Sherif Markaby, detailed plans for the company's self-driving car service in a Medium post. The company has invested over $4 billion in the technology's development through 2023, including over $1 billion in Argo AI, an artificial intelligence company that is creating a virtual driver system. Ford is currently testing its self-driving vehicles in Miami, Washington, D.C. and Detroit.

Following years of hype and billions of dollars in investment, some other companies are admitting that expectations for self-driving cars were perhaps too high. Uber predicted earlier this week that its own fleet of autonomous cars would have a long wait until they finally hit the road. Waymo launched its self-driving taxi service late last year, but hasn't opened it to the general public or expanded it beyond a few geo-fenced areas in Phoenix, Arizona.

Even though Hackett walked back immediate hopes for autonomous vehicles, he made it clear that he believed in the technology's potential. "When we bring this thing to market, it's going to be really powerful," Hackett added.

In this article: av, ford, gear, miami, self driving car, transportation, uber, waymo
All products recommended by Engadget are selected by our editorial team, independent of our parent company. Some of our stories include affiliate links. If you buy something through one of these links, we may earn an affiliate commission.