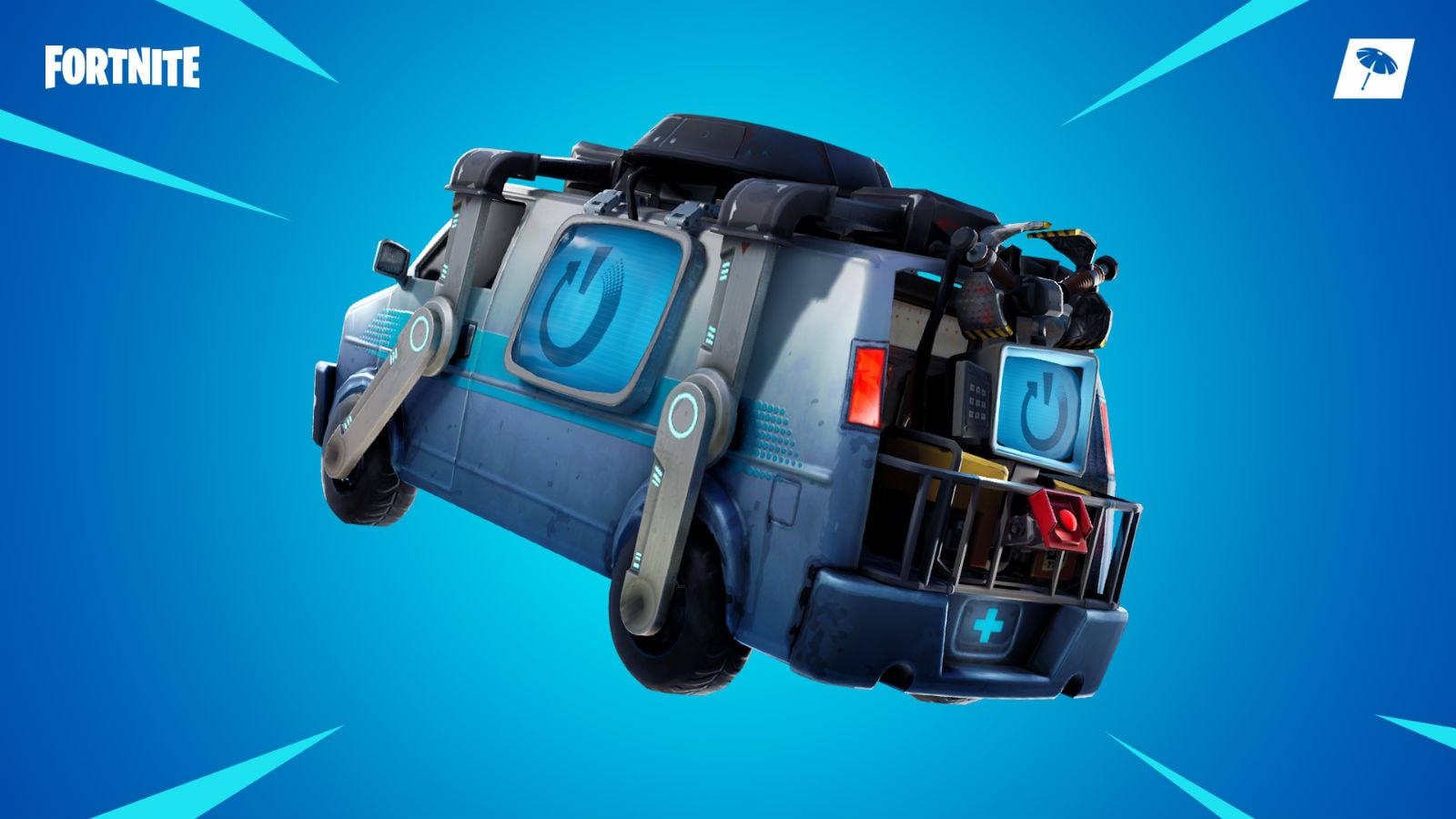 The rise of EA and Respawn's Apex Legends suddenly means Epic Games is under intense pressure to keep Fortnite fresh. Its latest response: respawns. We knew the so-called "Reboot Vans" were on the way, but the game's latest update (patch v8.30) makes the feature official.

Here's how it works: When a squad member is eliminated in battle, they drop a Reboot Card that remains active for the next 90 seconds. Teammates must then collect the cards and bring them back to the Reboot Vans (which are scattered across the map in places of interest) to revive their fallen comrades. Any team member can deposit a reboot card in a van, regardless of who picked it up.

Collecting a card takes less than a second, though dropping it off will cost you ten seconds. After activation, the van cools down for the next two minutes, during which reboots are off-limits. As for respawned players, they'll return with full health, a common pistol, 36 light ammo, and 100 wood. Reboot vans and cards are disabled in Solos, Big Team Limited Time Modes, and any modes with respawns enabled.

Yes, Epic is basically poaching another gameplay feature from Apex -- having previously copied its ping system for Season 8 -- but it's a gamechanger regardless. Now fights could last a lot longer if a player on a losing side manages to bring teammates back to life.

In this article: av, epic games, fortnite, fortnite battle royale, gaming
All products recommended by Engadget are selected by our editorial team, independent of our parent company. Some of our stories include affiliate links. If you buy something through one of these links, we may earn an affiliate commission.