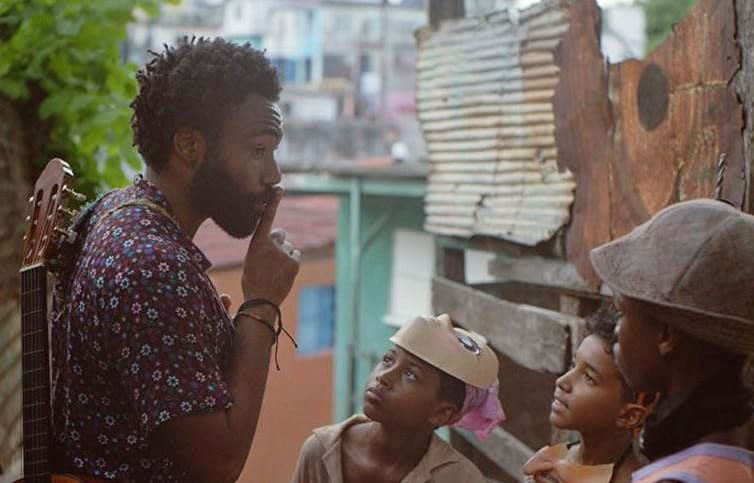 Donald Glover already has something special planned with Google's Pixel 3 to go with his performance at Coachella this weekend, but he's not stopping there tie-ins. After his set ends on Saturday morning (he's scheduled to take the stage at 2:25 AM ET) the actor, comedian and musician will release a new movie, Guava Island, on Amazon Prime Video at 3:01 AM ET.

It was inadvertently announced in a YouTube press release promoting the concert live stream, but appears to be an Amazon exclusive. Dubbed "A Childish Gambino Film," it's directed by Glover's Atlanta collaborator Hiro Murai, and will co-star both Rihanna and Letitia Wright. A tweet announcing the flick included a 15 second teaser but we don't really know what the movie is about. According to IndieWire, it was filmed on-location in Cuba, and a screening at Glover's PHAROS event suggested a plot where he gets kidnapped.

Update: An exclusive behind the scenes report for Vanity Fair has a few more details on the flick, calling it a "music-driven hour-long film." Once it goes live on Amazon Prime, it will be free to watch for 18 hours, and will also stream once on Twitch at 8 PM ET on Saturday, with a simulcast on YouTube's Coachella stream. Portrayed as a thriller, the movie apparently focuses on Glover as a local musician determined to throw a festival. We'll find out more once it's released early Saturday.

im going to be showing "Guava Island!" on saturday for free after my performance.

You're all invited to our staycation with @donaldglover and @rihanna. The new #ChildishGambino film #GuavaIsland will be available on Prime Video starting Saturday 4/13 at 12:01am PST. pic.twitter.com/rxXecJEfzp

In this article: Amazon Prime Video, av, Childish Gambino, Coachella, Coachella 2019, Donald Glover, entertainment, gear, Guava Island, Letitia Wright, Rihanna
All products recommended by Engadget are selected by our editorial team, independent of our parent company. Some of our stories include affiliate links. If you buy something through one of these links, we may earn an affiliate commission.