NVIDIA shows how much ray-tracing sucks on older GPUs

Reflections and shadows will be six times slower on some games.

NVIDIA recently announced that ray-tracing is coming to older Pascal GPUs, and now it has detailed how well -- or not well, rather -- it will actually work. If you're happy with basic effects, the news isn't too bad. The RTX 2080 Ti will outperform its 1080 Ti counterpart by just over double for reflections, in line with what you'd expect for a next-gen card. However, for stuff that really adds realism, like advanced shadows, global illumination and ambient occlusion, the RTX 2080 Ti outperforms the 1080 Ti by up to a factor of six.

To cite some specific examples, Port Royal will run on the RTX 2080 Ti at 53.3 fps at 2,560 x 1,440 with advanced reflections and shadows, along with DLSS anti-aliasing, turned on. The GTX 1080, on the other hand, will run at just 9.2 fps with those features enabled and won't give you any DLSS at all. That effectively makes the feature useless on those cards for that game. With basic reflections on Battlefield V, on the other hand, you'll see 30 fps on the 1080 Ti compared to 68.3 on the 2080 Ti.

What this means is that despite NVIDIA's promise to offer ray-tracing on Pascal, the features are largely unworkable for real-life gaming. This isn't terribly surprising, the newer RTX cards feature banks of chips dedicated solely to boosting RTX and DLSS anti-aliasing. Also, NVIDIA already said that performance would be poor, but now can see exactly how much they accelerate those effects compared to the older cards.

So what good will the feature do you then? Well, you can always try out your favorite game and turn ray-tracing on and off to see whether you think it's worth using. That's certainly better than not having the effect at all. Mostly, it appears as if NVIDIA wanted to tamp down expectations before the features are released in the wild -- and looking at the numbers, it has succeeded in that. 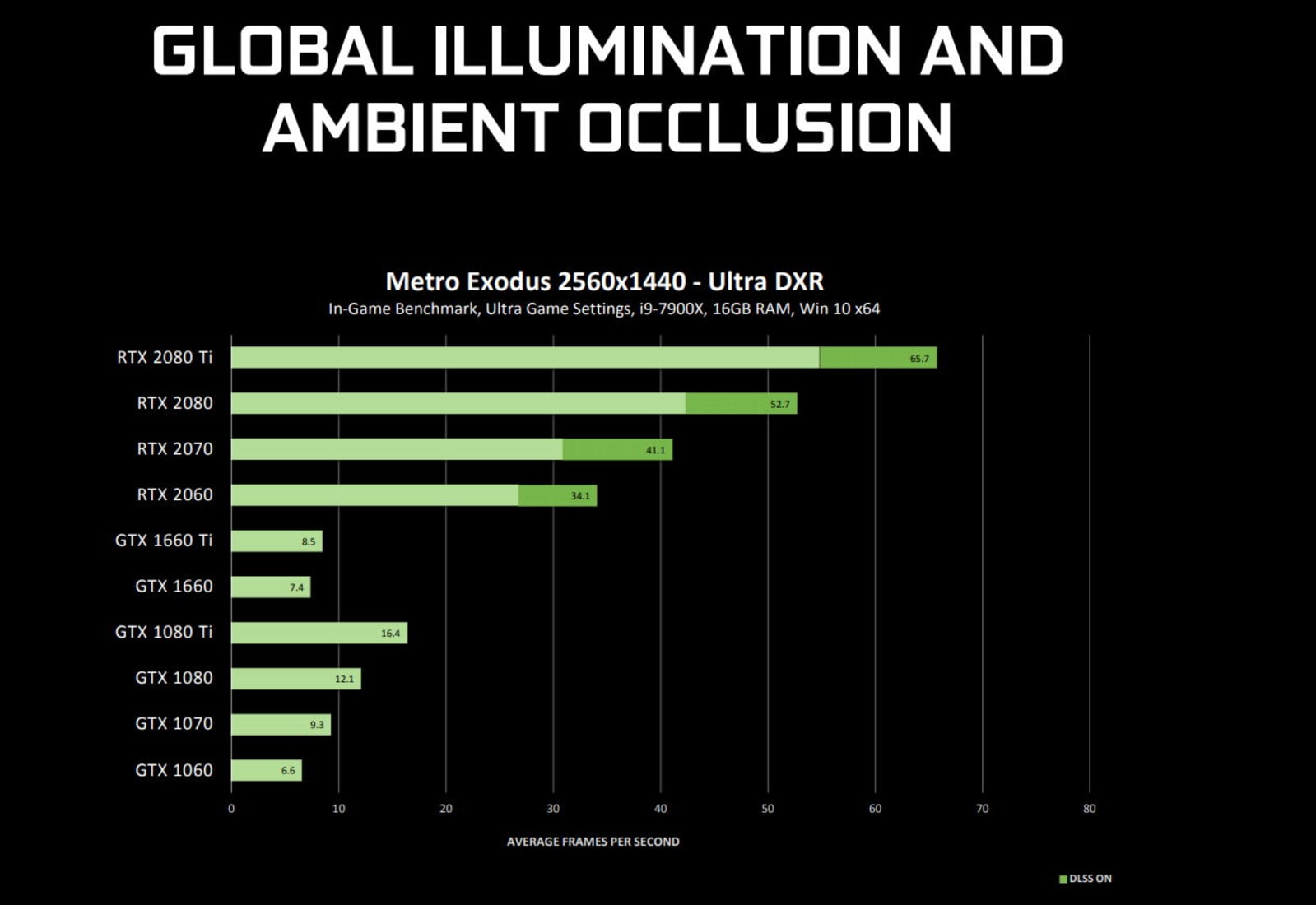