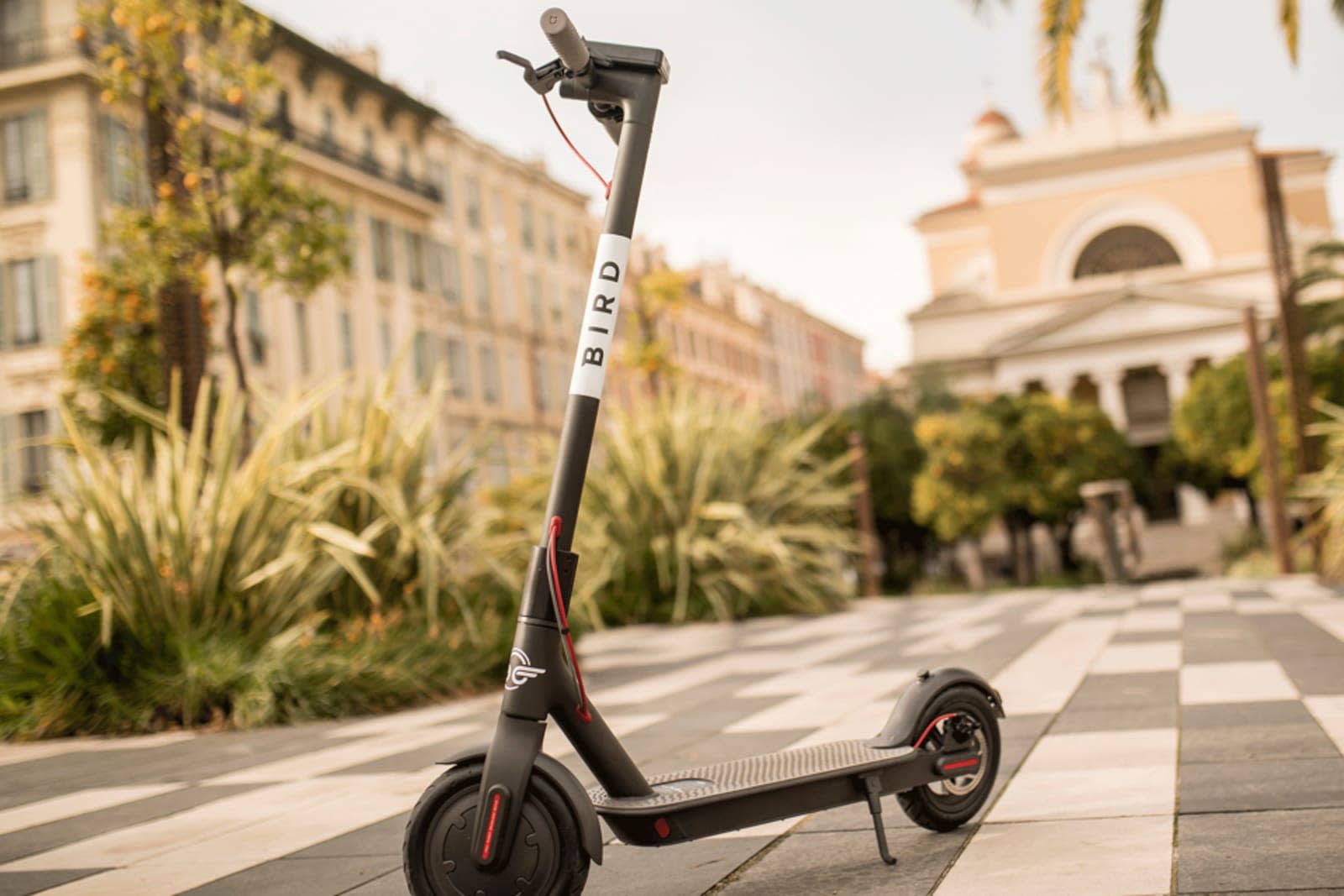 There's a good chance you'll have the option of riding a Bird scooter the next time you embark on a European trip. Bird has announced a "ten-fold" expansion of its scooter sharing fleet in Europe and the Middle East, with 50 new cities getting service starting this spring. The company didn't name the new cities, but it already has a presence in 12 cities that include London, Paris, Madrid and Tel Aviv.

This also marks the European debut of the company's latest scooter, the Bird Zero, which packs both 60 percent more battery life, better GPS and (most importantly) improved safety and durability.

Bird is somewhat behind the curve: its arch-rival Lime already has a presence in several European cities, including in multiple major French, German and Spanish cities. This latest move could help it catch up in grand style, though, and could give you multiple viable options for two-wheeled transport -- that is, if you don't mind the clutter.

In this article: bird, bird zero, e-scooter, europe, gear, scooter, scooter sharing, transportation
All products recommended by Engadget are selected by our editorial team, independent of our parent company. Some of our stories include affiliate links. If you buy something through one of these links, we may earn an affiliate commission.