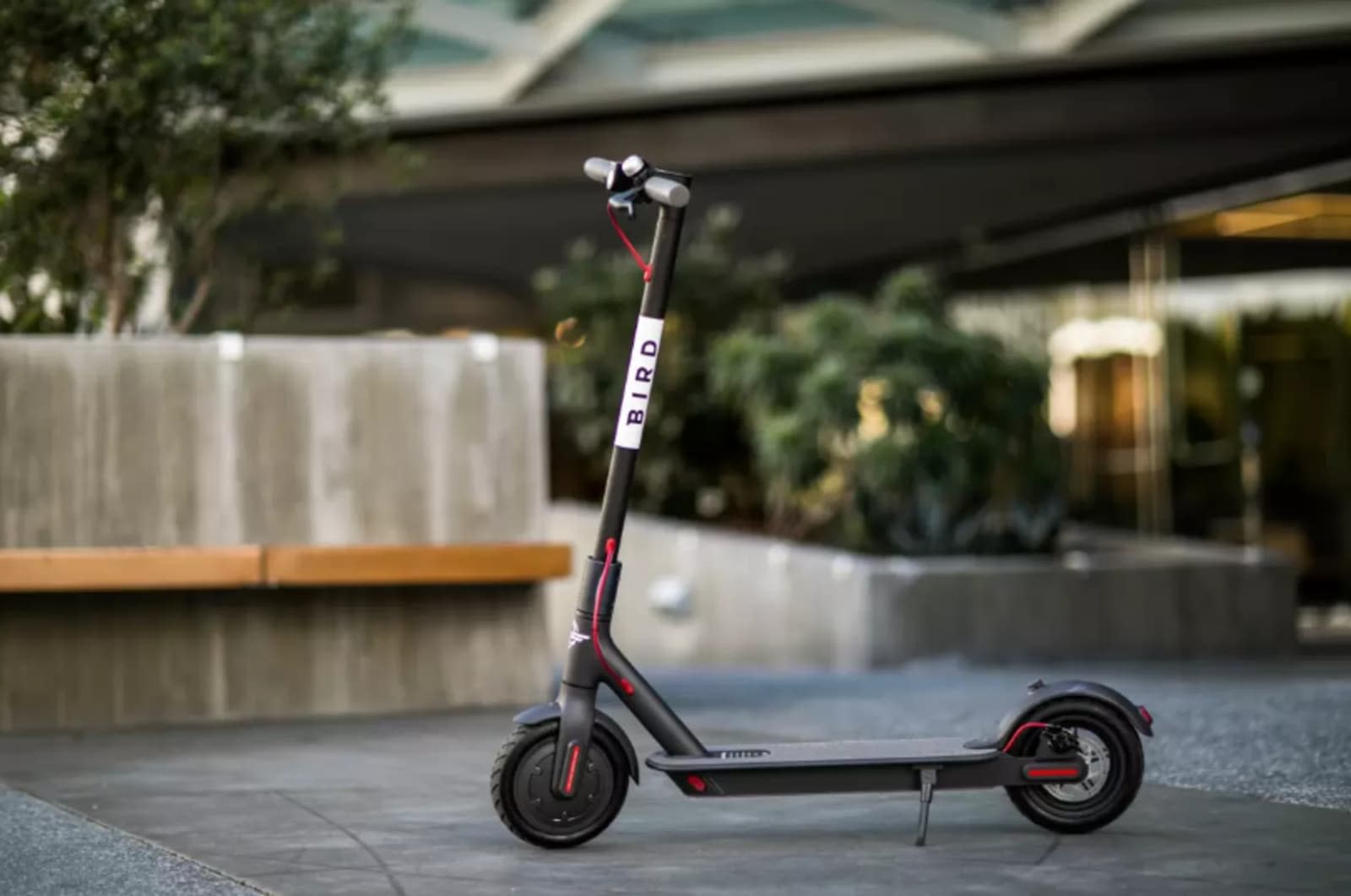 London faces some of the biggest transport problems in the world, but one startup thinks its electric scooter scheme could be the solution -- as long as it can get around the UK's draconian vehicle laws. US company Bird is set to launch the UK's first scooter-hire service in the capital, but it's only got permission to do so along a single path in the east London Olympic Park.

The trial is limited because, as Bird's UK head Richard Corbett says, the UK is "the most highly regulated and restrictive market for this kind of product, globally." The scooters, which have a top speed of 25km/h, can't be used on paths because they count as powered vehicles, but they can't be used on public roads either, as they not able to pass an MOT.

But Bird has managed to negotiate an initial launch on a private path between Westfield Stratford City shopping centre to Here East campus, where Bird and other tech startups are located. The scooters can be rented for £1 plus 20p per minute using Bird's smartphone app, and will automatically power down if there are removed from the approved path.

Speaking to the Guardian, Corbett said he hopes the trial marks the beginning of a policy change in the UK. "This is the first step on the journey to change UK regulations," he said. "And this is why today is actually quite a key milestone in British transport history: this is the first time we have seen a UK e-scooter trial, and we're really proud to be the first to do that, to help push the boundaries.

"The first step is a pilot on private land, to be compliant and within legality, but over time we would like to work with [the Department for Transport] and the regulators to work out a policy framework" that would allow e-scooters on UK roads.

Bird is right to be cautious, however. The company has already launched in France, Israel, Belgium, Austria and several US cities, but the explosion in scooter-sharing schemes in the States -- where competitors such as Lime, Skip and Spin already have a foothold -- have prompted city officials to enforce restrictions. In San Francisco, for example, Bird and Lime were denied permits in an attempt to limit the number of scooters on the city's streets. So London, and indeed the rest of the UK, represents an untapped and potentially lucrative market, and Bird has done well to position itself ahead of the pack for when the country eventually changes its restrictive laws.

In this article: Bird, departmentoftransport, electricscooter, escooter, gear, launch, law, legislation, London, MOT, transportation, trial, UK
All products recommended by Engadget are selected by our editorial team, independent of our parent company. Some of our stories include affiliate links. If you buy something through one of these links, we may earn an affiliate commission.