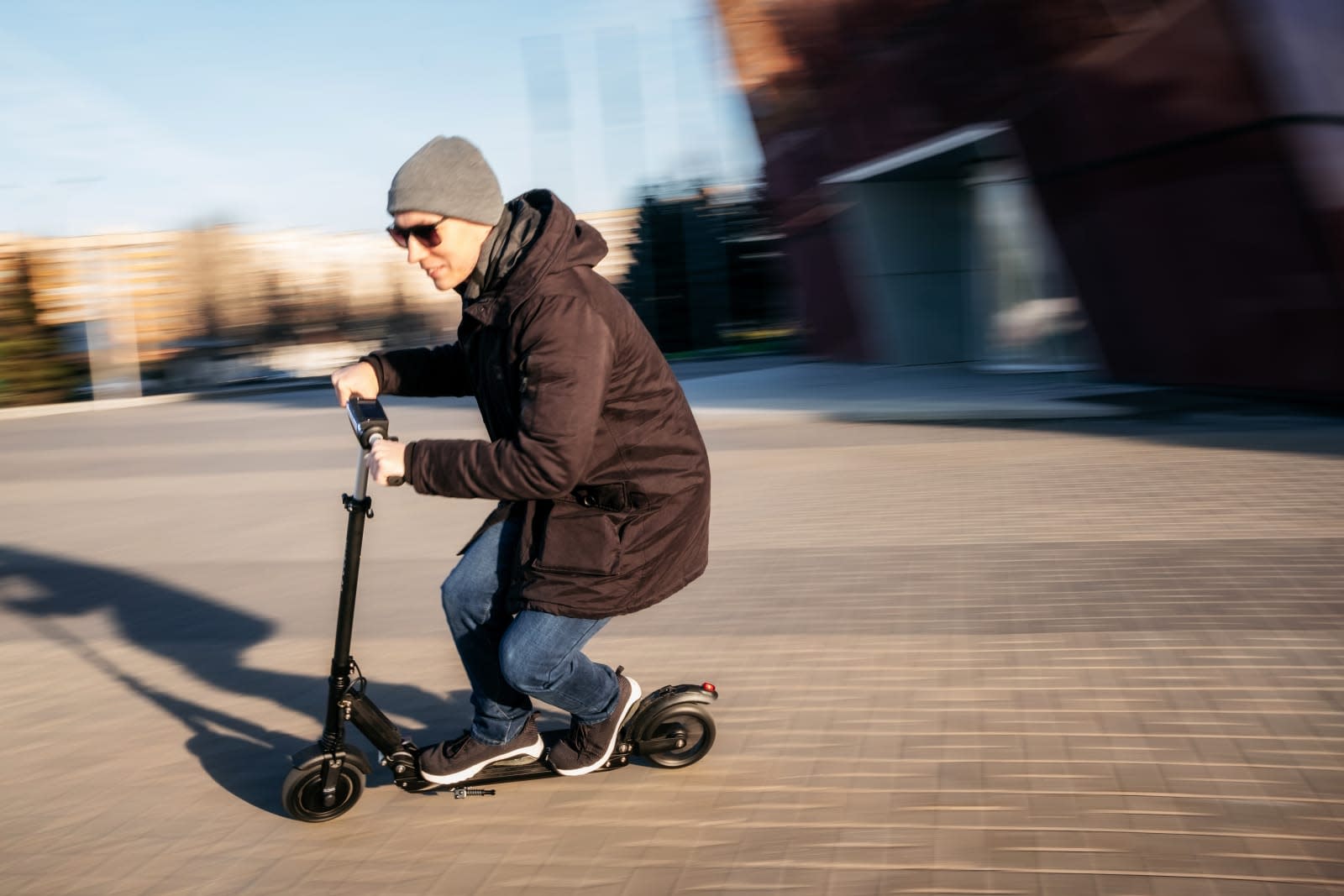 Ever wondered how many e-scooter riders have gotten injured after one zooms past you with no helmet on? A new Consumer Reports investigation might give you an idea: the publication has confirmed that at least 1,545 patients were treated for scooter-involved injuries across the US over the past year. They aren't just scrapes, either. They include multiple concussions, nasal fractures, various broken bones, blunt head trauma and even brain injuries.

Consumer Reports contacted 110 hospitals and five non-medical agencies in 47 cities where either Bird or Lime operate for the study. The final figure came from the 60 facilities, including a police department, that responded to the survey and doesn't include four confirmed e-scooter-related fatalities. CR admits that it doesn't have a lot of data to go on, since e-scooters are a fairly new form of transportation. It couldn't calculate for the rate of incidents, since it doesn't know the average trip lengths in each city. Many of the medical professionals it talked to, however, believe that the number of injuries "is unquestionably higher," seeing as most hospitals don't track scooter-related injuries yet.

Experts and medical professionals told the non-profit organization that they're mostly concerned about low helmet use among users. E-scooter companies like Lime and Bird have given out tens, if not hundreds, of thousands of helmets. However, a lot of people still don't wear one due to the nature of scooter-sharing services. Users can leave one anywhere after they're done with it, and the next person that comes across it might decide to take it for a spin on the fly. Someone who didn't set out to ride one wouldn't have a helmet with them. Further, the law doesn't always promote helmet use. As CR noted, a new California law that went into effect last month eliminated the helmet requirement for e-scooter riders older than 18.

Another cause of concern is broken hardware, which makes riding e-scooters even more dangerous when coupled with low helmet use. Lime once launched a recall after receiving reports about serious baseboard cracks and other issues. It remains to be seen how this Consumer Reports investigation will affect the scooter-sharing industry, but we hope it compels the government and sharing services to conjure up ways to make sure riders are safe.

In this article: bird, ConsumerReports, e-scooter, gear, lime, transportation
All products recommended by Engadget are selected by our editorial team, independent of our parent company. Some of our stories include affiliate links. If you buy something through one of these links, we may earn an affiliate commission.