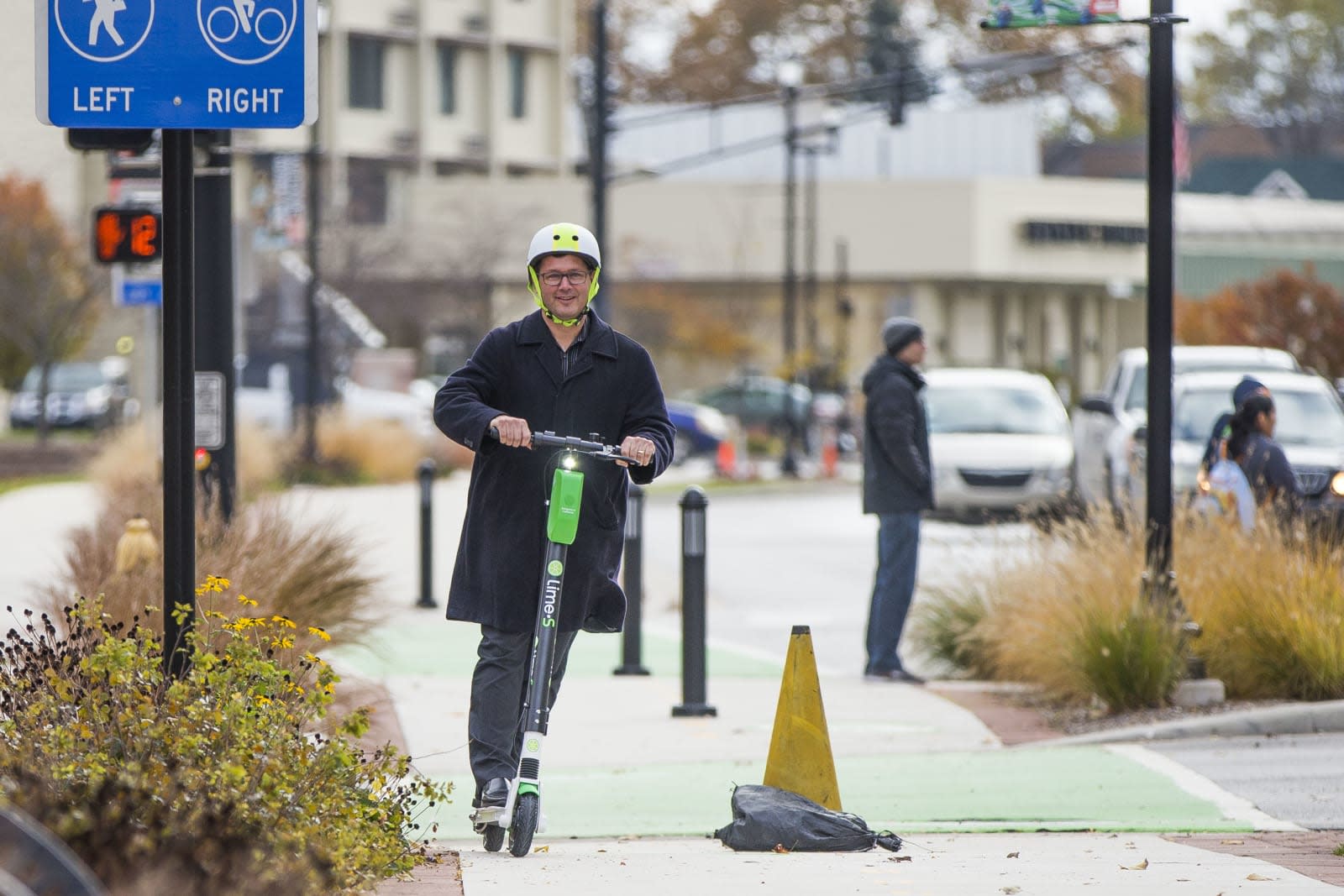 Lime is grappling with another recall just a matter of weeks over its battery issue. The service is recalling electric scooters made by Okai following reports they were breaking under normal use. The withdrawal is immediate and covers scooters across cities worldwide. The company plans to replace the affected Okai scooters with newer models it said are "best in class for safety." There shouldn't be any serious service disruptions, Lime told the Washington Post.

Riders and at least one "juicer" (an independent contractor paid to charge scooters overnight) have noticed scooters developing baseboard cracks and sometimes snapping in two, usually near the front of the deck. The juicer said he emailed Lime about the issue on September 8th, but the company didn't respond to his concerns. A Lime mechanic in California talking to the Post backed the story by noting that cracks could appear relatively easily after days of use, and could break after just a few small hops.

The US Consumer Products Safety Commission said in a statement that it didn't see evidence of the scooters failing safety standards, and instead suggested that there might have been "mishaps" due to inexperience, a lack of safety gear and operating in "congested and distracted" conditions. However, that doesn't appear to line up with stories of scooters breaking relatively easily.

Not surprisingly, the concern is that the scooters might break mid-ride, and there have already been incidents. Dallas resident Jacoby Stoneking died after his scooter cracked in two, while others have been injured when a sudden break sent them to the pavement. If Lime didn't recall the scooters, it risked further breaks with serious consequences. This also raises the question of whether or not rival brands like Bird and Spin might have safety issues. They're using a variety of scooters and won't necessarily face the same issues, but it's not clear that they'll all be more durable than Lime's recalled models.

In this article: e-scooter, electricscooter, gear, internet, lime, okai, services, transportation
All products recommended by Engadget are selected by our editorial team, independent of our parent company. Some of our stories include affiliate links. If you buy something through one of these links, we may earn an affiliate commission.