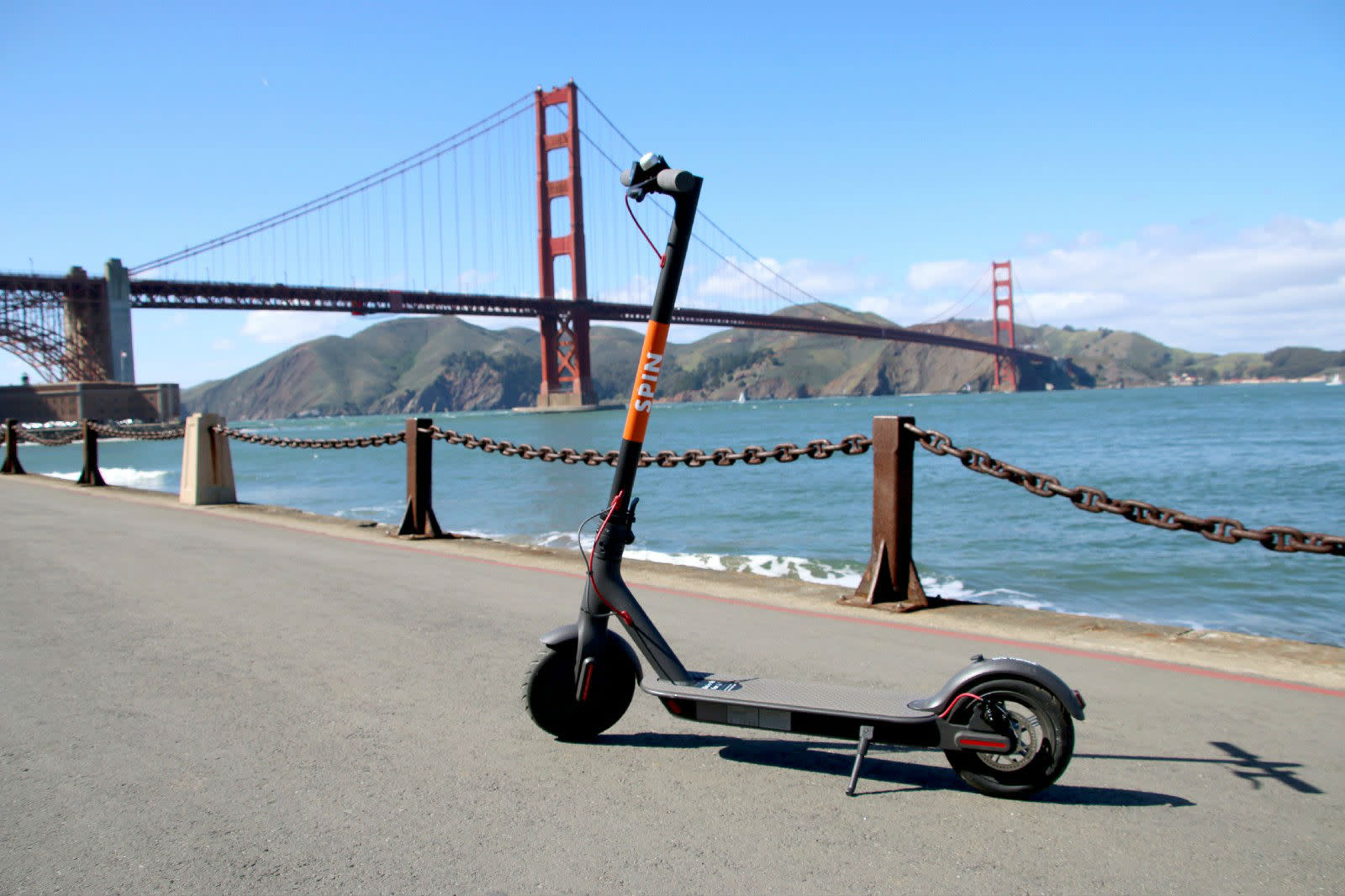 Turns out those rumours about Ford buying e-scooter startup Spin were true. The auto-maker has confirmed the purchase as it looks beyond car ownership to emerging modes of transport. Though it didn't disclose the financials behind the deal, sources previously told Axios that the agreement was around the $40 million mark.

Spin -- which started as a dockless bike-sharing company before applying the same model to e-scooters -- currently operates in 13 cities and campuses across the US, said Ford (it's still locked out of San Francisco, however). The startup charges $1 to rent a scooter and 15 cents per minute thereafter to use it.

Ford said it was drawn to Spin's affordability and sustainability as a means of tackling challenges to its own business, among them urban congestion and a lack of short-distance transportation options. The company has been talking up a general mobility strategy that isn't solely centred on "making cars" for years. It also previously flirted with bike-sharing, as has rival GM -- while ride-hailing companies Uber and Lyft have jumped on the scooter-sharing bandwagon, too.

Alongside the purchase, Ford also announced that Spin will launch its services in Detroit today as part of an aggressive expansion into 100 cities over the next 18 months. In a blog post, the startup said it will continue to operate as a standalone business within Ford's Smart Mobility division. It's also immediately "scaling up" its team of engineers, designers, urban planners, policy makers, lawyers, and operators.

In this article: business, E-Scooter, ford, gear, scootersharing, spin, transportation
All products recommended by Engadget are selected by our editorial team, independent of our parent company. Some of our stories include affiliate links. If you buy something through one of these links, we may earn an affiliate commission.