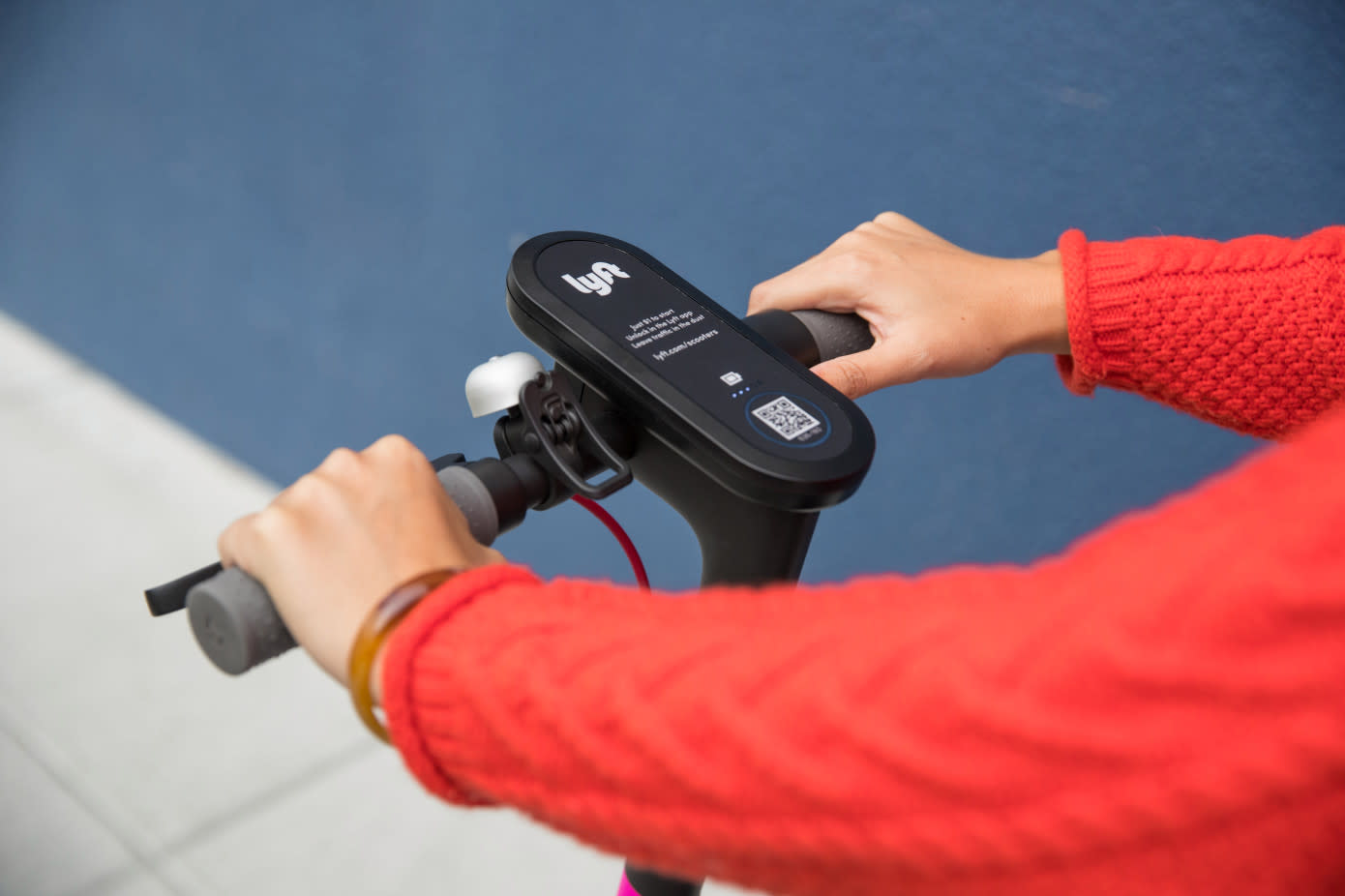 Lyft is making moves in the electric scooter market, as it is bringing the dockless devices to Denver, the first US city in which it will operate its scooter service. Lyft has permits to operate scooters and electric bikes in the Colorado city, and it's starting out with the former. Around 100 scooters will be centered in areas that are underserved by public transport, helping commuters get to bus and train stops more easily -- the Lyft app will soon alert you when you're close to a stop.

You won't be able to ride home after a night on the town, unless your revelry extends deep into the morning -- the scooters will only be available to use between 6AM and 8PM. They cost $1 to unlock and 15 cents per minute to use, including hold and reservation time. A Community Pass program allows eligible low-income residents to pay $5 per year for unlimited rides of up to 30 minutes at no extra cost.

If you stop your ride outside of the defined service area, you'll have to pay a fee. You should also ride the scooters on Denver's sidewalks, under the city's current laws, while some areas are off-limits. According to The Verge, Lyft will have a team of full-time employees in Denver (rather than the contractors its competitors typically use), who will recharge scooters and move them to areas where they're most needed.

The scooters, which Xiaomi built, have a range of approximately 15 miles and a top speed of about 15 mph. The Lyft app shows you where to find a scooter, along with how far you'll likely be able to ride given the current battery level. That saves you from unlocking a scooter only to discover it will let you ride for just a few blocks.

Lyft is not the only company running scooters in Denver. Lime, Bird, Spin and Razor also received permits in July allowing them to have up to 350 scooters on the streets as part of a one-year pilot project. Lyft and Uber, two giants of the ride-sharing industry, are playing catch up in the electric scooter market, with the likes of Bird and Lime quickly grabbing more of a foothold.

As with Uber and some others, Lyft missed out on a permit to operate electric scooters in San Francisco last month, with Scoot and Skip the only companies the city is allowing to operate the scooters. However, Lyft and Uber both have permits for Santa Monica, and Lyft will start operating there September 17th. Lyft plans to extend its service to other cities, but it's taking a cautious approach to expansion. It wants to play nice with local governments and councils, rather than pushing into new markets without prior approval and trying to make nice later.

In this article: bird, colorado, denver, electricscooters, escooter, escooters, gear, lime, lyft, razor, santamonica, scoot, skip, transportation, uber
All products recommended by Engadget are selected by our editorial team, independent of our parent company. Some of our stories include affiliate links. If you buy something through one of these links, we may earn an affiliate commission.