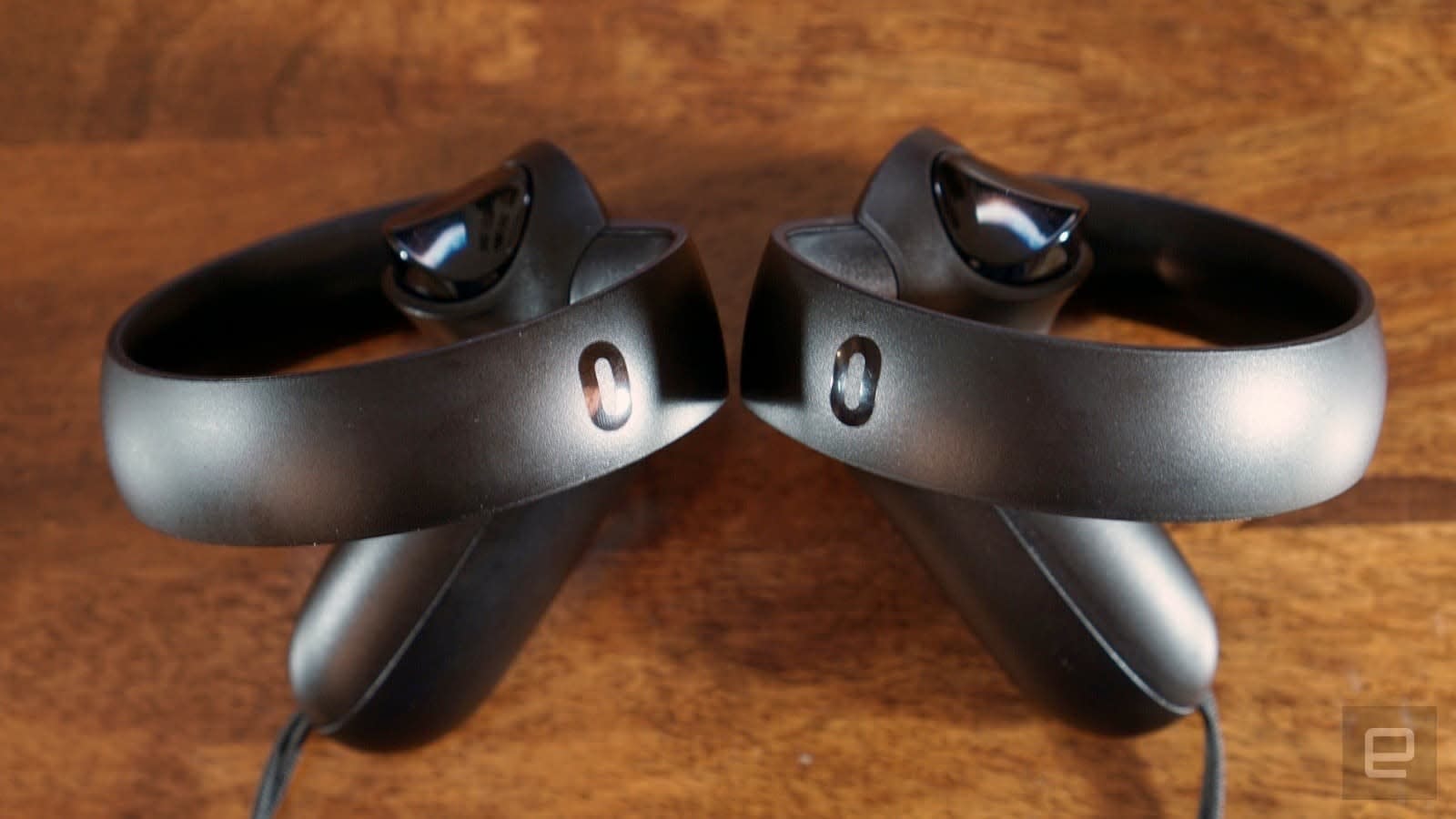 Oculus co-founder Nate Mitchell said tens of thousands of Touch controllers have jokes mocking privacy printed on an internal component. The so-called easter eggs include "This Space For Rent" and "👁Big Brother is Watching👁," though Mitchell said the latter and a joke reading "Hi iFixit! We See You!👁" were limited to non-consumer developer units. Another message that made it into the production model read "👁The Masons Were Here.👁"

The messages on final production hardware say "This Space For Rent" & "👁The Masons Were Here.👁" A few dev kits shipped with "👁Big Brother is Watching👁" and "Hi iFixit! We See You!👁" but those were limited to non-consumer units. [2/3] pic.twitter.com/po1qyQ10Um

The easter eggs were included "accidentally" and are inappropriate, Mitchell said. He added they shouldn't have made it to production devices and Oculus has taken steps to avoid a similar situation in the future. While the affected Touch controllers haven't yet shipped, Facebook told Business Insider it won't recall them and they'll go out to consumers alongside the latest Oculus headsets.

Considering Facebook owns Oculus and has been embroiled in many, many privacy scandals, Mitchell's correct in saying the gags are out of place. While most people won't open their controllers to see the messages and there's a chance they're the work of Oculus engineers poking fun at Facebook, it's not a great look for Oculus or its parent company, especially as they prepare to ship Oculus Quest and Rift S.

In this article: facebook, gadgetry, gadgets, gear, nate mitchell, natemitchell, oculus, oculus quest, oculus rift s, oculus touch, oculusquest, oculusrifts, oculustouch
All products recommended by Engadget are selected by our editorial team, independent of our parent company. Some of our stories include affiliate links. If you buy something through one of these links, we may earn an affiliate commission.