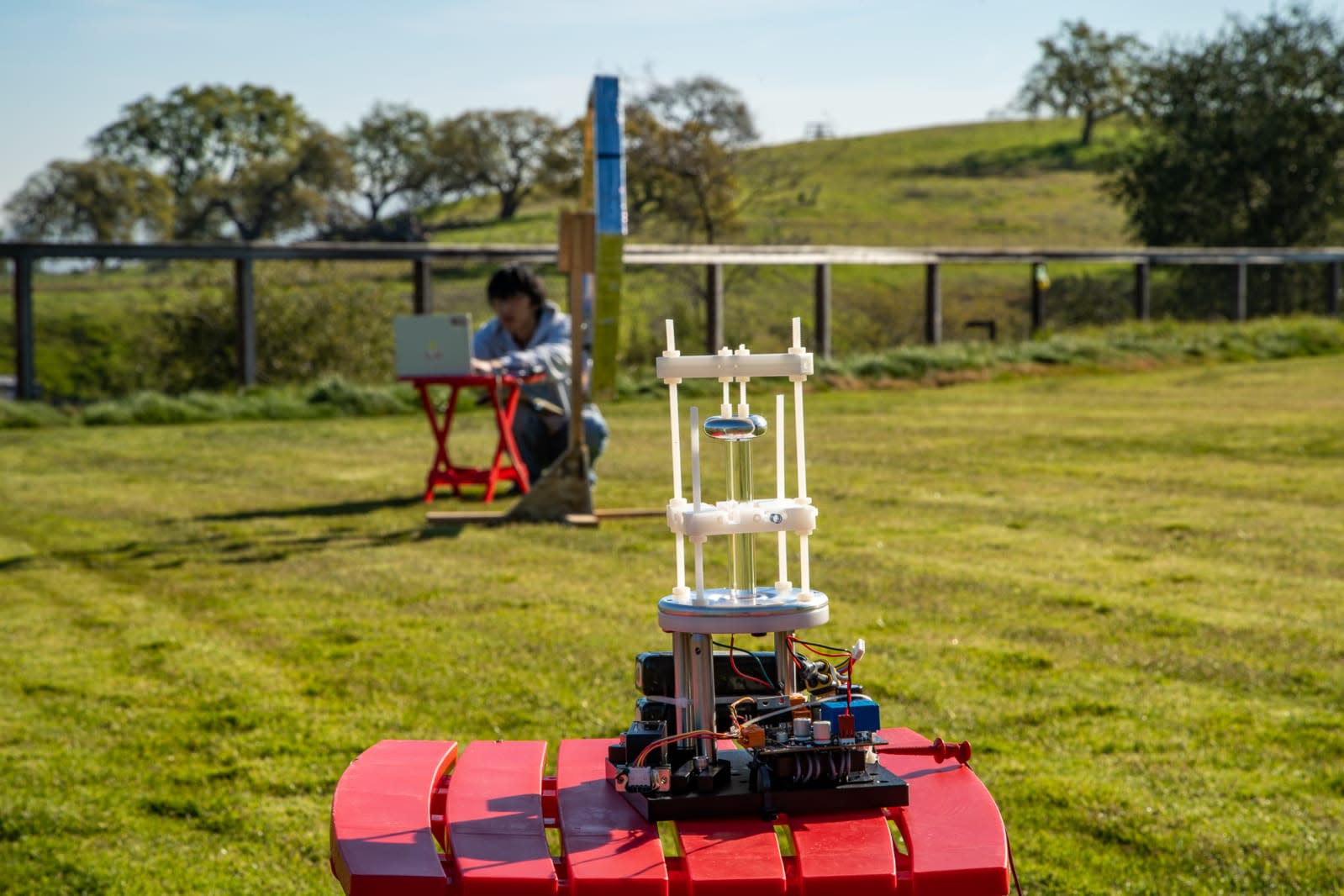 There's a reason that scuba divers use sign language and that caves and tunnels create radio dead zones. The laws of physics prevent radio signals from penetrating materials like water, soil and stone, and that's been a frustrating limitation of modern wireless communication. Now, the Department of Energy's SLAC National Accelerator Laboratory might have a solution: a four-inch-tall, pocket-sized antenna that emits very low frequency (VLF) radiation.

Unlike radio waves, which are used for radio broadcasts, radar and navigation systems, VLF radiation wavelengths can travel thousands of miles beyond the horizon and hundreds of feet through the ground and water. This isn't the first time VLF radiation has been used to break through physical barriers. But the new antenna is much smaller and could be used to build transmitters that are only a few pounds. That makes it appealing for military rescue and defense missions.

The SLAC-led team shared its work in Nature Communications today. According to SLAC, in tests, the new antenna produced VLF radiation 300 times more efficiently than previous compact antennas and transmitted data with almost 100 times more bandwidth. That could enable data transfer rates of more than 100 bits per second -- enough to send a simple text. While that might not sound like much, it could make life-saving communication with submarines and deep bunkers or mines possible.

In this article: antenna, communication, department of energy, gadgetry, gadgets, gear, slac, tomorrow, very low frequency, vlf, wireless
All products recommended by Engadget are selected by our editorial team, independent of our parent company. Some of our stories include affiliate links. If you buy something through one of these links, we may earn an affiliate commission.