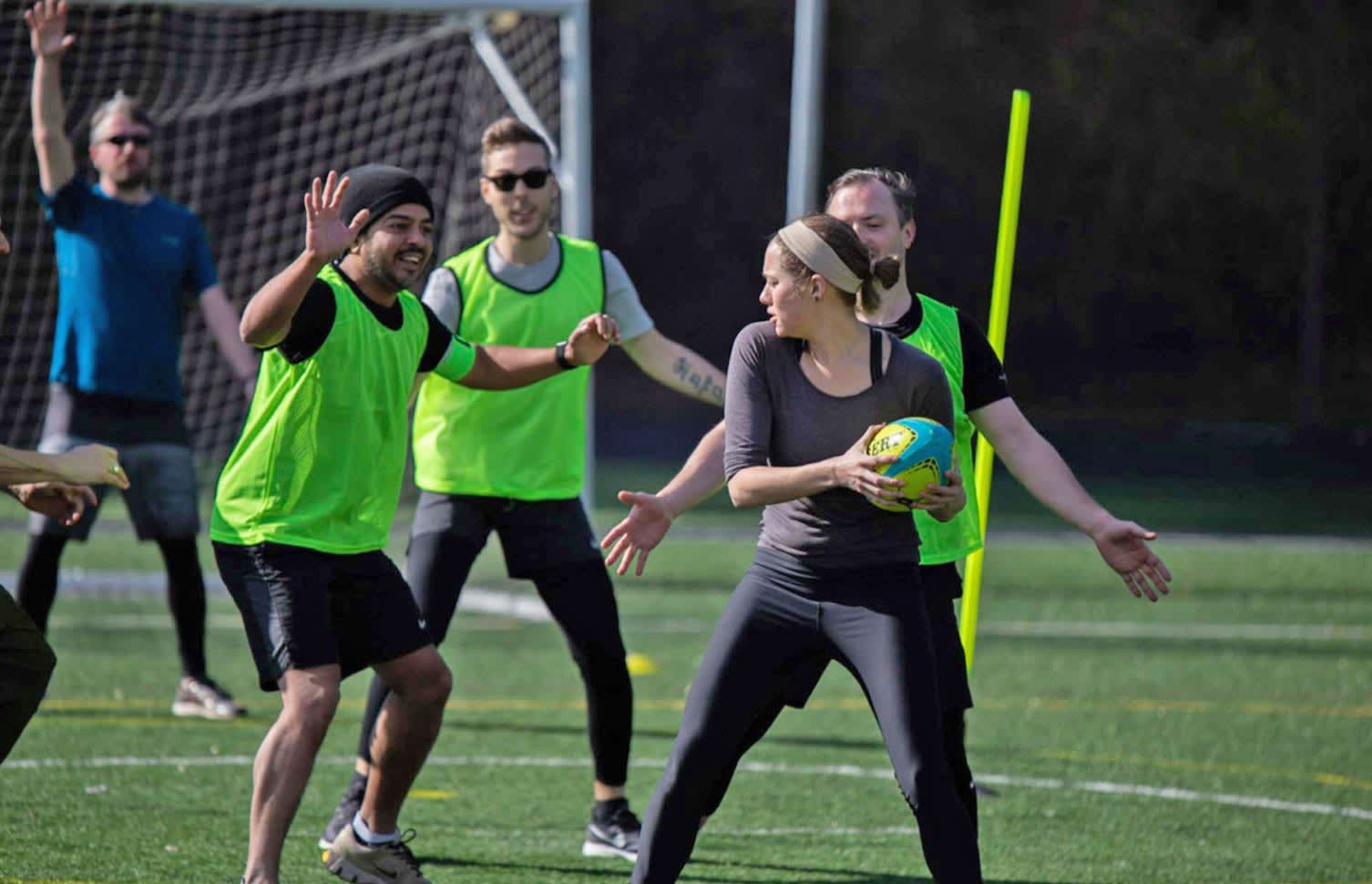 Many existing sports have their roots in hundreds (if not thousands) of years of human tradition. But what if you asked computers to create a sport? You now know how that can turn out. The design agency AKQA has introduced Speedgate, reportedly the first sport envisioned by an AI. The event has six-player teams competing on a field with three open-ended gates. Once you've kicked the ball through a center gate (which you can't step through), your team can score on one of the end gates -- complete with an extra point if you ricochet the ball through the gate. You can't stay still, either, as the ball has to move every three seconds.

AKQA created the game by feeding data on 400 existing sports to a neural network, which then created basic sports concepts and rules. A large chunk of those were completely unrealistic (exploding Frisbees, anyone?), so the team gradually whittled down the eligible characteristics until there were three remaining sports. Playtesting led to Speedgate winning the prize.

While the sport was created as an exercise for Design Week, it might just become a serious sport. AKQA is talking to the Oregon Sports Authority about Speedgate, and there might be an intramural league in the summer. The company is encouraging others to start their own leagues. Speedgate probably isn't going to replace conventional sports in the hearts of fans, but it is an example of how AI can be useful even in (currently) human-centric fields like sports. It's doubtful that anyone would have easily devised the concept on their own, even if the underlying concepts are relatively simple.

In this article: ai, akqa, artificial intelligence, entertainment, personal computing, personalcomputing, speedgate, sport, sports, video
All products recommended by Engadget are selected by our editorial team, independent of our parent company. Some of our stories include affiliate links. If you buy something through one of these links, we may earn an affiliate commission.