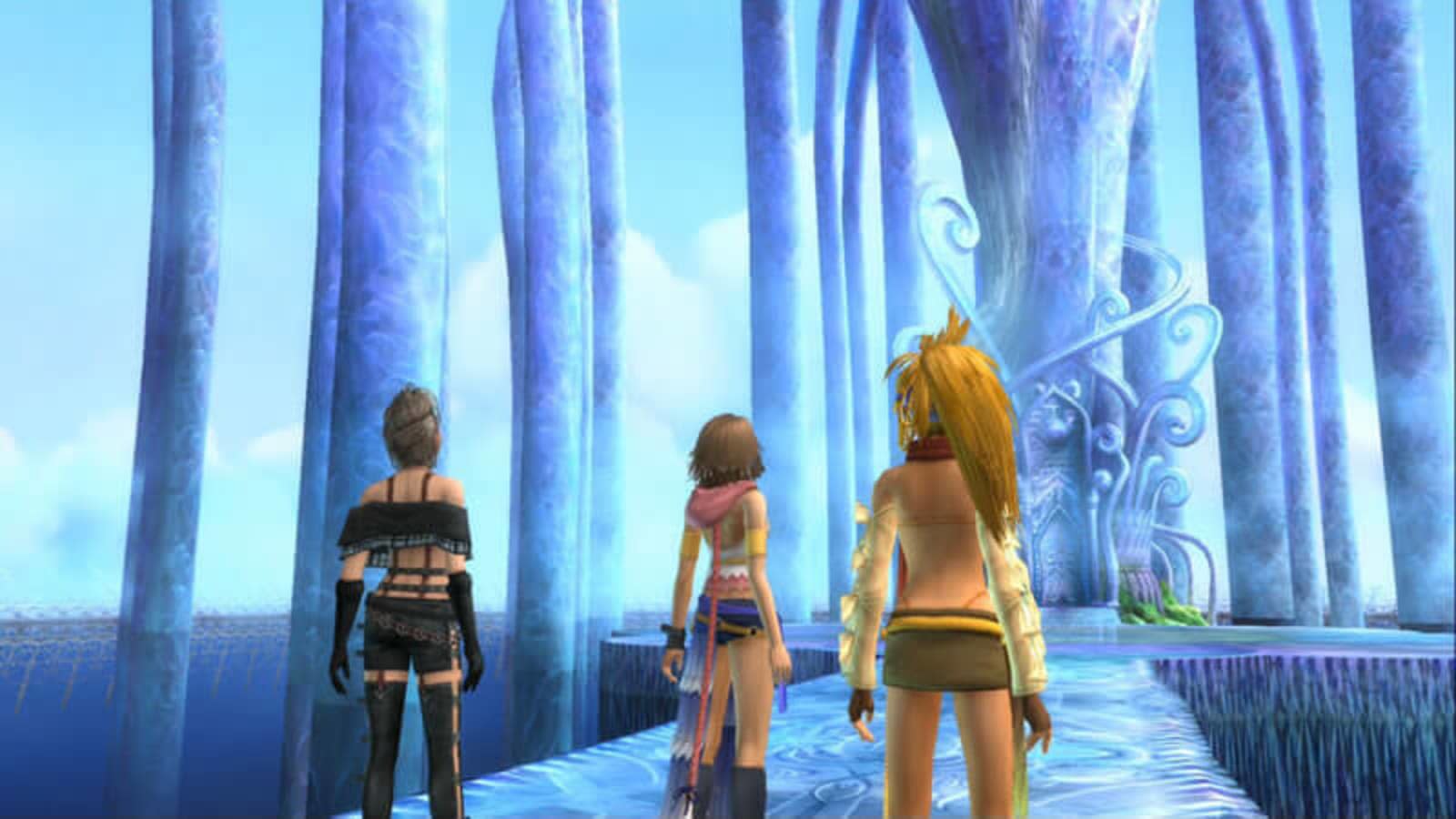 Final Fantasy X/X-2 HD Remaster is blitzballing its way onto new consoles. Four years after its initial release for the PS4, the high-definition take on two classic games in the Final Fantasy series is now available for the Nintendo Switch and Xbox One. The title is available only digitally for the Xbox One, while Switch owners will be able to choose between a digital download or a physical copy that comes with a reversible sleeve decorated with game art. Both versions of the game retail for $49.99.

The original titles featured in Final Fantasy X/X-2 HD Remaster are nearly two decades old now, so the story should be familiar to longtime gamers. For those coming fresh to the series, Final Fantasy X tells the story of Tidus and Yuna. Tidus, a star blitzball player (it's like an underwater mashup of American football and soccer) meets the young summoner Yuna and helps her on a quest to save the world from being destroyed by a monster named Sin. Final Fantasy X-2 picks up the story two years later as Yuna and her new companions Rikku and Paine deal with the fallout from the first game.

In this article: av, final fantasy, final fantasy x/x2-hd remaster, games, gaming, nintendo switch, video games, xbox one
All products recommended by Engadget are selected by our editorial team, independent of our parent company. Some of our stories include affiliate links. If you buy something through one of these links, we may earn an affiliate commission.