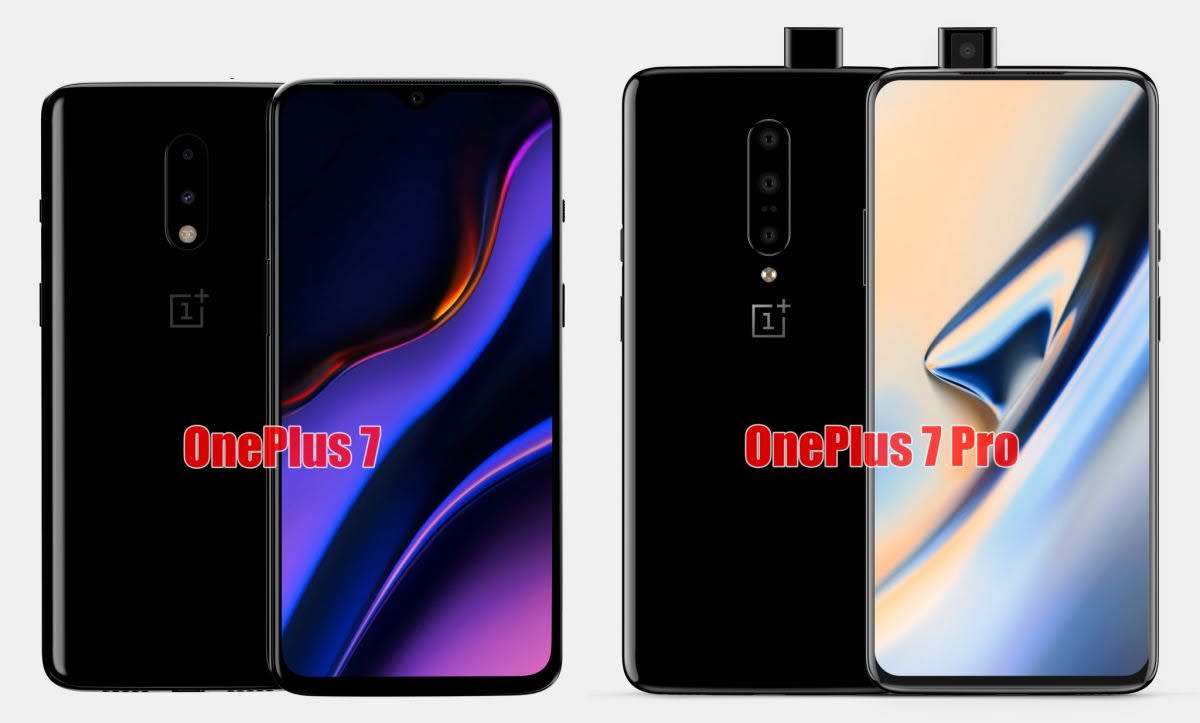 If you're eagerly awaiting word of the next OnePlus handset, a few leakers who have been reliable in the past have information for you. Between @OnLeaks/Pricebaba and Ishan Agarwal, they've claiming we can expect a global launch event on May 14th, with up to three variants of the device on display: the OnePlus 7, the OnePlus 7 Pro and a OnePlus 7 Pro 5G model.

While renderings should be taken with a grain of salt, the designs shown include a 6.4-inch OnePlus 7 with a teardrop camera up front and dual 48 MP rear camera that looks similar to the current 6T. That includes an in-display fingerprint sensor and up to 10GB of RAM like the 6T McLaren Edition, along with a Snapdragon 855 CPU and 4,150 mAh battery inside.

The OnePlus 7 Pro specs, similar to earlier leaks, list it as larger, at 6.64-inches with a notchless curved glass design, a pop-up camera, plus a triple rear 48 MP camera setup that uses its additional lenses for telephoto and ultrawide pictures. Finally, according to @OnLeaks, there will also be a 5G-ready variant of the Pro.

In this article: 5G, gear, mobile, OnePlus, OnePlus 7, OnePlus 7 Pro, rumor
All products recommended by Engadget are selected by our editorial team, independent of our parent company. Some of our stories include affiliate links. If you buy something through one of these links, we may earn an affiliate commission.