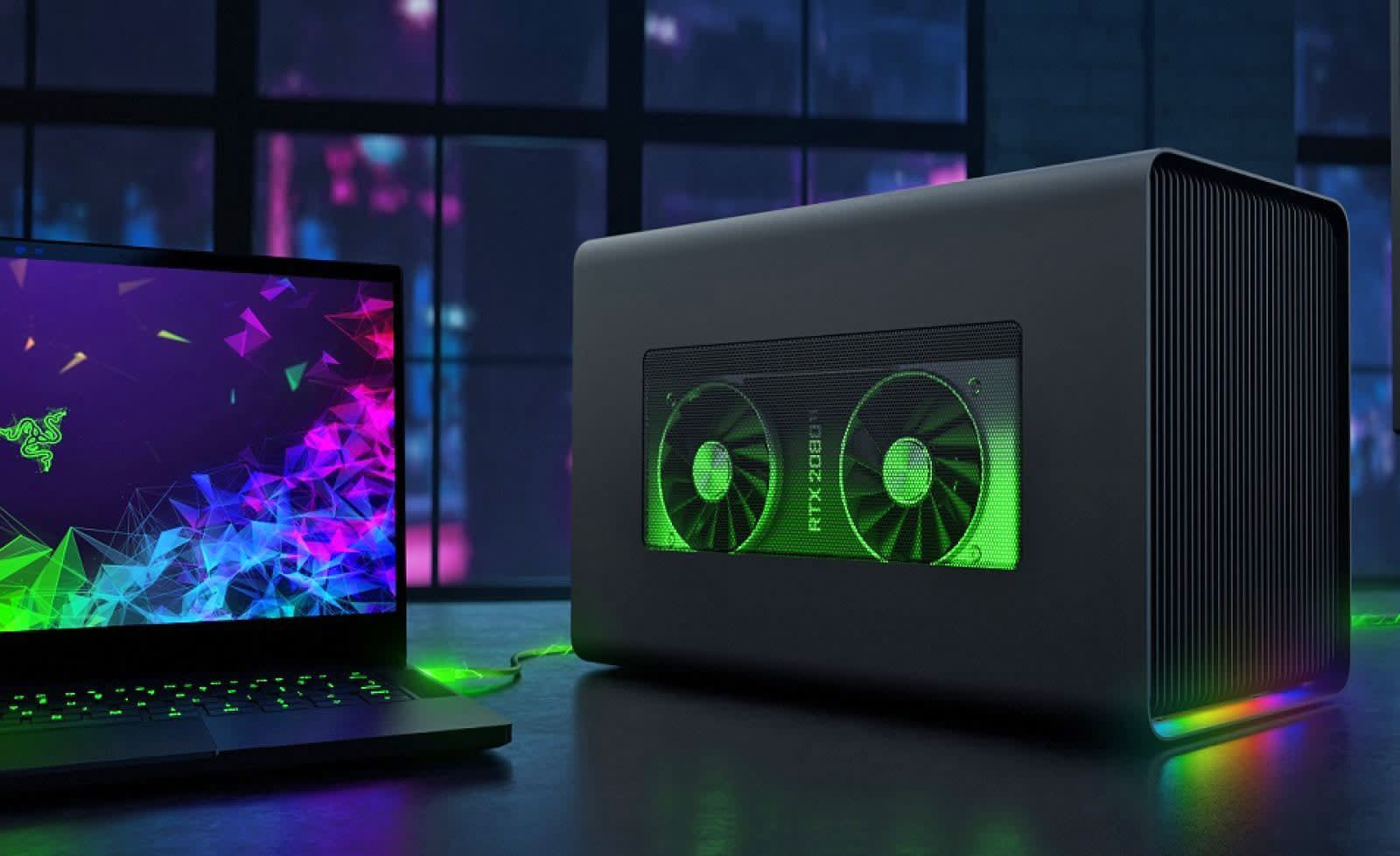 Razer's back with another external GPU case, and this time it's beefier than ever. Like other eGPUs, the Razer Core X Chroma is designed to bring desktop-level graphics to ultraportable laptops, and this iteration features a 700W power supply, USB and Ethernet connections and space for three slot-wide desktop graphics cards. It also comes with a unique Thunderbolt dual-chip design, which helps distribute load and will prevent losing keyboard and mouse connectivity when you're plugging it into your computer.

And it looks good. The aluminium enclosure is lined with two Razer Chroma RGB lighting zones, fully customizable on Windows systems using Razer Synapse 3 software, so take your pick from 16.8 million colors to enhance your gaming time. Just like Razer's previous models, the Chroma will connect to any PC with a Thunderbolt 3 port (and the latest windows updates). Mac systems will need a Thunderbolt 3 port and macOS running High Sierra 10.13.4 or later with compatible AMD Radeon cards.

Pricewise, it sits pretty much square between the previous Core v2 and Core X at $399. It doesn't fall into the same affordability bracket as the Core X, which was released at $299, but no-on would expect it to, given its better features and increased versatility. It is, however, a step up on the Core v2, which was released at $499 and will certainly now take a backseat to its successor. The Core X Chroma is available from today in the US, and will roll out to other countries soon.

In this article: av, Chroma, Core v2, Core X, Core X Chroma, desktop, eGPU, gaming, gear, graphics, laptop, Mac, personal computing, personalcomputing, Razer, Thunderbolt, Windows
All products recommended by Engadget are selected by our editorial team, independent of our parent company. Some of our stories include affiliate links. If you buy something through one of these links, we may earn an affiliate commission.