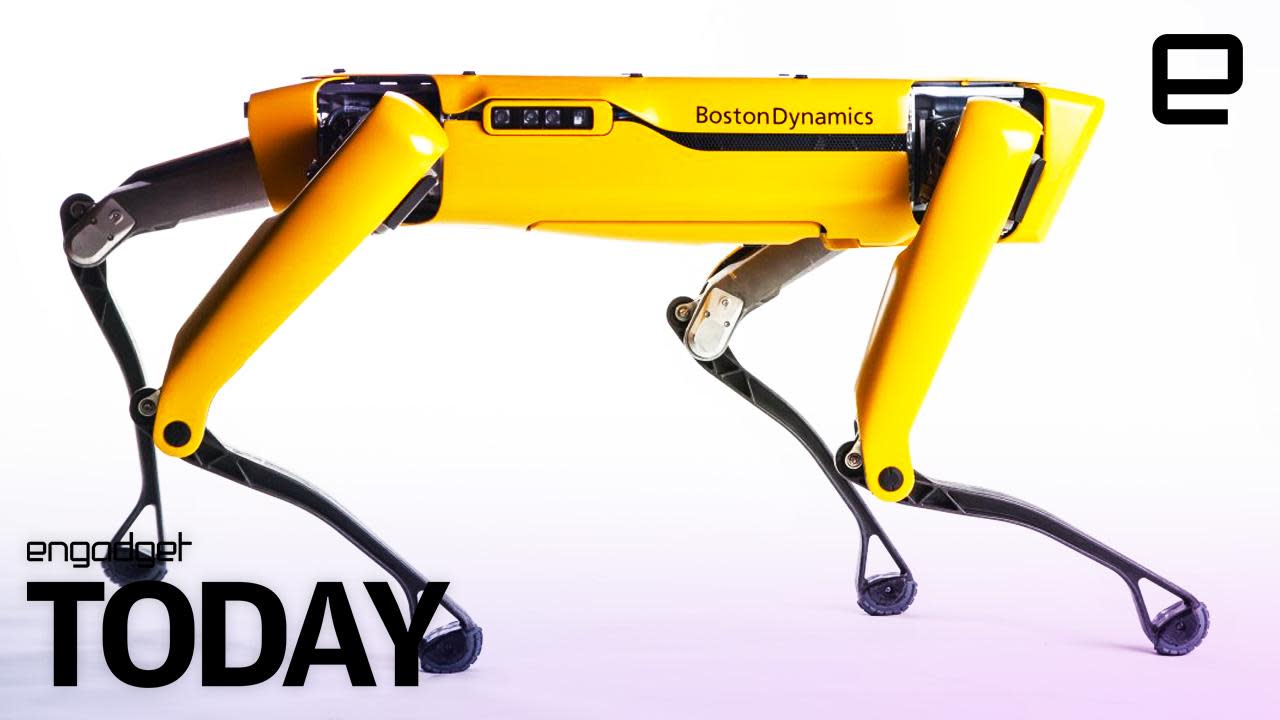 How many SpotMini robots does it take to haul a big truck? Just 10, apparently. Boston Dynamics' new video shows 10 of its canine-inspired machines attached to a box truck like sled dogs, pulling it across the company's parking lot with a one-degree uphill slope. There was a driver behind the wheel during the demonstration, probably to prevent accidents, but the vehicle itself was in neutral.

Boston Dynamics built the all-electric SpotMini as a quadruped robot that weighs 66 pounds. The machine can run for up to 90 minutes, depending on what it's doing -- its battery life is probably a lot shorter than an hour-and-a-half when it's hauling trucks, though. It has 3D vision cameras, as well as a suite of sensors for navigation and mobile manipulation. The robotics company said it's the quietest machine it has ever built... and it's now almost out for purchase.

SpotMinis are now coming off the production line and "will be available for a range of applications soon." Seeing as it can carry payloads up to 31 pounds, has an arm that can handle objects, and can go up and down the stairs, it could be used for warehouses or maybe even for search-and-rescue missions in the future.

In this article: AOLoriginals, boston dynamics, daily show, engadget, Engadget Today, engadget video, entertainment, gear, robots, spot
All products recommended by Engadget are selected by our editorial team, independent of our parent company. Some of our stories include affiliate links. If you buy something through one of these links, we may earn an affiliate commission.