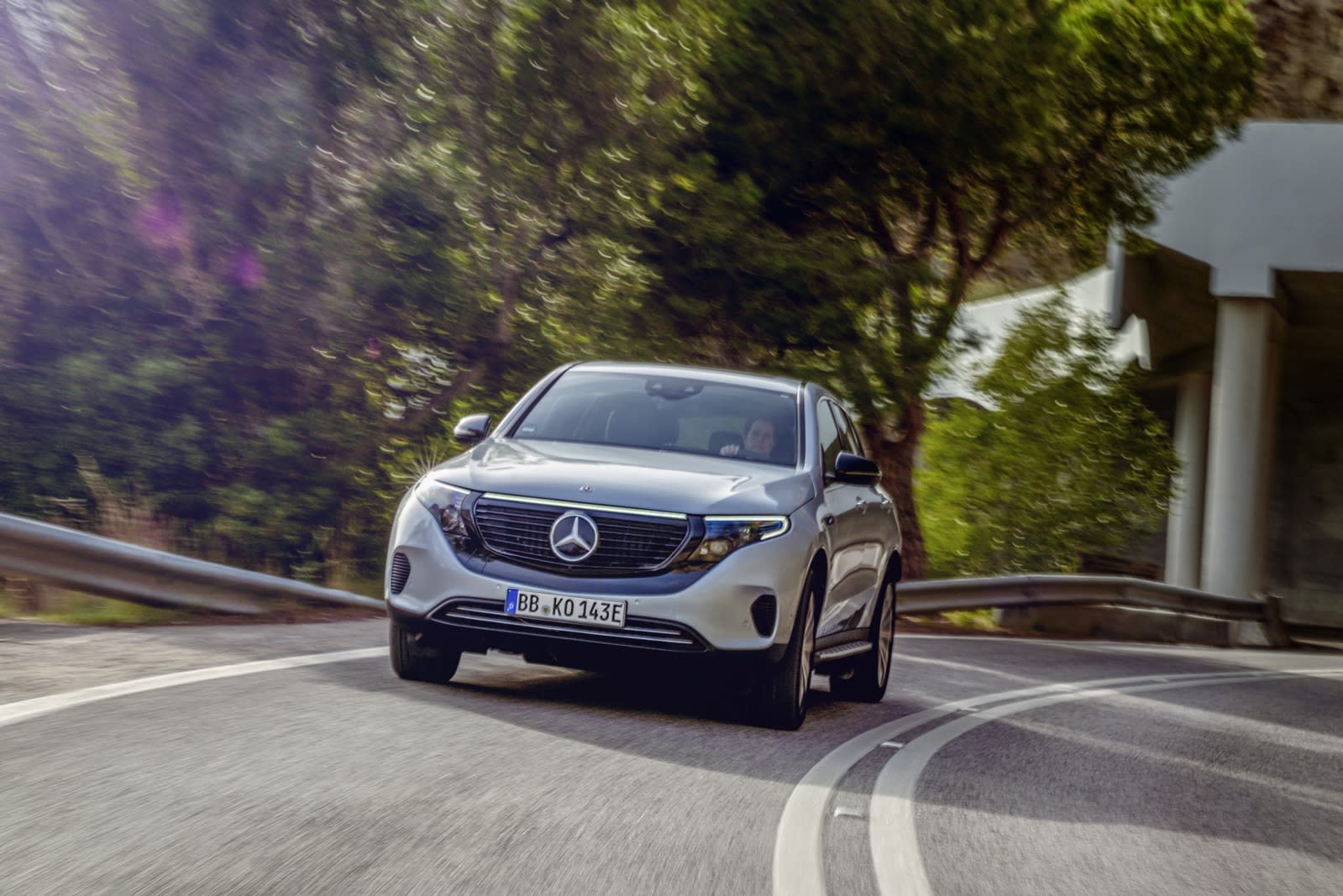 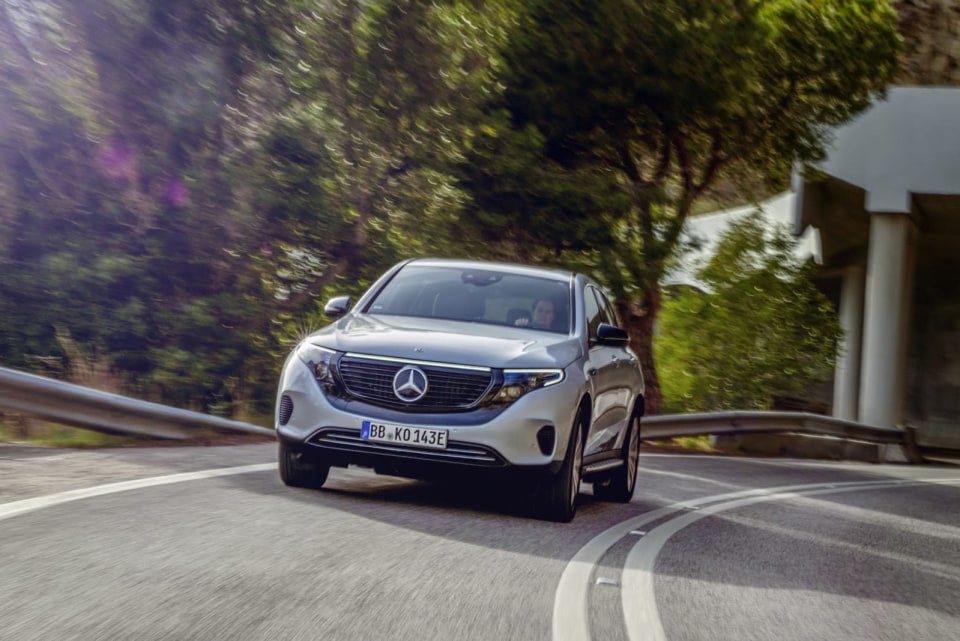 It's no surprise Mercedes has been planning to produce its own all-electric vehicle -- the storied carmaker revealed its plans in 2016 and started candidly talking about its new EQC crossover last year. While we won't be able to slip behind the wheel of a US-spec EQC until 2020, Mercedes did make an appearance at the New York Auto Show with the especially drool-worthy EQC Edition 1886, a tricked out version of the crossover with an "extensive range of optional extras."

From the outside, the Edition 1886 doesn't look that much different from the EQCs we've already seen; it has a glossy black grille that gives the crossover more of a menacing countenance, and if you look closely enough, you'll spot some blue 1886 branding on its fenders. Step inside, though, and you'll notice some new seat designs, complete with indigo-and-black trim.

More interesting is the "Energizing" trim package that comes standard on the Edition 1886 -- among other things, this means the premium EQC tries to create the ideal environment for the driver, "from the lighting mood and the fragrance and ionization of the air" to seat ventilation for more comfortable butts.

All told, you'll find seven different "Comfort" programs that use those features in different configurations to help promote moods like "energy" and goals like stress relief. You can select these for yourself depending on what kind of experience you're after while behind the wheel, but you can also ask the EQC to select one for you based on factors like traffic, weather, and even bio-feedback data if you're wearing a Garmin smartwatch.

Beyond all those extra flourishes, the Edition 1886 works with the same pair of front and rear-mounted electric motors as the standard EQC, and together they're capable of generating 402 horsepower and 564 foot-pounds of torque. For those keeping count, the EQC can also hit 60 in a shade under five seconds, though you won't be able to floor it indefinitely since the car is electronically limited to a top speed of 112mph. No matter which version of the EQC you wind up splurging on next year, you'll find the same 80kWh battery pack ticking away under the vehicle's floor. And while Mercedes doesn't have a fancy network of superchargers, you still count on a roughly 80-percent charge at a compatible 110 kW station if you have 40 minutes to kill.

Sadly, some of the juiciest details are still unknown. Europe-spec models are rated for about 450 km (about 280 miles) on a single charge, but the company still hasn't offered any firm clues about the range we can expect out of US models. Mercedes says it will start selling the EQC Edition 1886 in the United States at some undefined point in 2020, and there's still no word on how much it'll cost at launch, either. That said, rumors suggest the standard EQC should start at around $70,000, and we wouldn't be surprised to see this more luxe model command a hefty premium.

In this article: crossover, Edition 1886, electric vehicle, EQC, EQC Edition 1886, ev, gear, Mercedes, New York Auto Show 2019, transportation
All products recommended by Engadget are selected by our editorial team, independent of our parent company. Some of our stories include affiliate links. If you buy something through one of these links, we may earn an affiliate commission.