From land to sea, Nikola wants transportation to be clean throughout.

Nikola isn't messing around when it comes to its vision of a zero-emission future -- at this year's Nikola World event in Arizona the company unveiled no less than five clean vehicles, including the much-anticipated fully electric semi-trucks, Nikola Two and Nikola Tre.

The event kicked off with Nikola CEO Trevor Milton arriving on stage on a Budweiser Clydesdale in honour of the company's contract with Anheuser-Busch, which ordered 800 hydrogen-electric semi-trucks last year for its beer-carrying fleet -- a major coup in the company's ongoing rivalry with Tesla.

First on show was the Nikola Reckless, a military all-terrain autonomy-compatible vehicle that boasts an almost non-existent sound and heat signature, as well as modular functionality and, as an added bonus, a 13-inch infotainment screen that can be entirely submerged in water without damage. 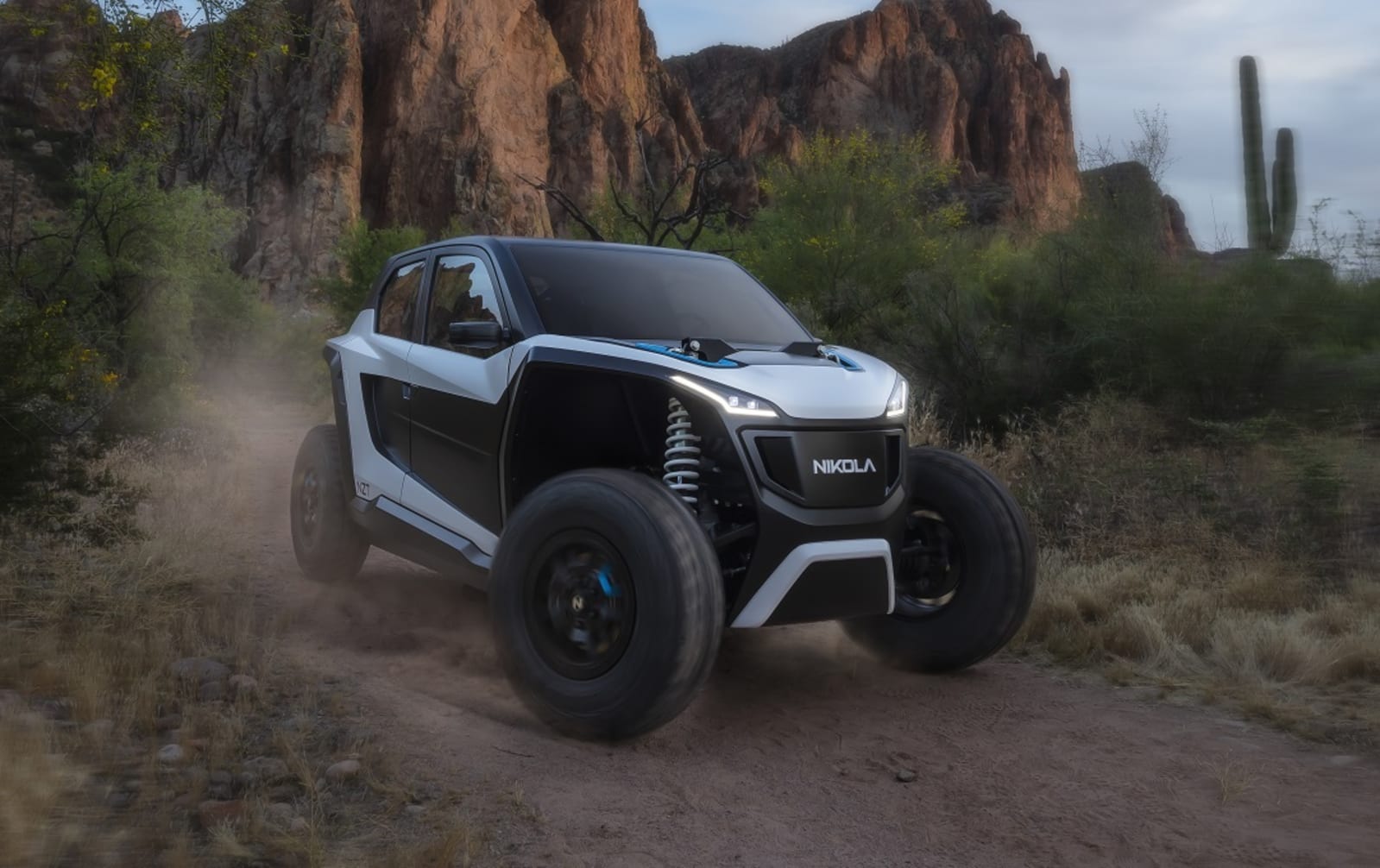 Next up was Nikola's Water Adventure Vehicle (WAV), an all-electric jet-ski style personal watercraft, followed by the NZT ("net zero toll") Off-Highway Vehicle. This flagship sports vehicle has all the markings of a powerful off-road dune buggy (590 horsepower no less) with a luxury finish. The cabin is completely sealed off from the elements, so you won't have to worry about getting sweaty or sandy as you rev from 0 to 60 miles per hour in four seconds for a full battery range of 150 miles. This is a beefy toy that doesn't come cheap, though -- when it goes into production in 2021 it'll come with a starting price of $80,000.

Then finally, the moment everyone had been waiting for, the big rigs. The Nikola Two and the Europe-bound Nikola Tre Class 8 semis that were unveiled were both hydrogen electric versions, but battery-only electric models of both will be available once they go into production. With a range of up to 750 miles and hydrogen fuelling in under 15 minutes, the Tre is expected to make a major impact on long-haul goods transportation.

According to Nikola, the company currently has more than 13,000 trucks on order. While its military ATV, watercraft and off-road vehicle demonstrate what the business is capable of, its focus is cargo, and this is where the company will have the biggest impact in realizing a world free of transport-based emissions. If Nikola's 800-truck deal with Anheuser-Busch is the equivalent of taking 13,000 cars off the road, it's not hard to see the meaningful impact that 13,000 even newer and more efficient trucks will make. Watch the event in full, below.

All products recommended by Engadget are selected by our editorial team, independent of our parent company. Some of our stories include affiliate links. If you buy something through one of these links, we may earn an affiliate commission. All prices are correct at the time of publishing.
View All Comments
Nikola's new zero-emissions vehicles include a jet ski and a dune buggy