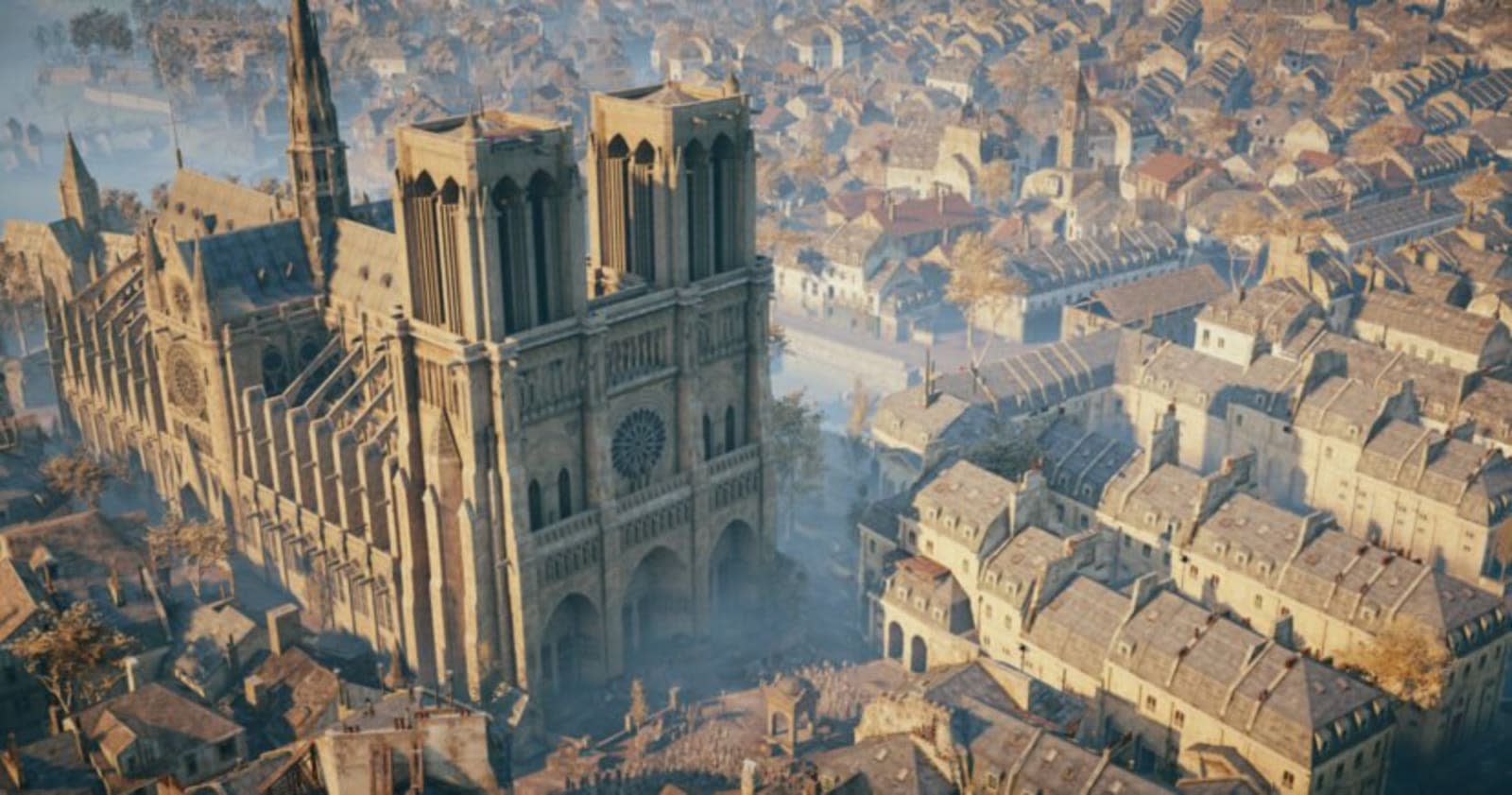 Following the fire that devastated Notre-Dame Cathedral in Paris this week, Ubisoft has pledged €500,000 ($564,000) to help restore the iconic church. The studio, which faithfully recreated Notre-Dame in Assassin's Creed Unity, is also offering that game for free until April 25th on PC to honor the landmark. "We want to give everyone the chance to experience the majesty and beauty of Notre-Dame the best way we know how," Ubisoft, which is headquartered in France and has studios in Paris, said.

In solidarity with everyone moved by Monday's events we're donating to the restoration of Notre-Dame & giving you the chance to play @AssassinsCreed Unity on Uplay for free.

Such is the level of accuracy and detail that Ubisoft put into its version of the cathedral, some have suggested the studio's efforts on Unity could help with the reconstruction more directly, though the developer is not involved as things stand. "We would be more than happy to lend our expertise in any way that we can to help with these efforts," a spokesperson told the Guardian. "It is important to keep in mind that what we did for the game was not a scientific reconstruction but rather an artistic vision. While we wanted to be very precise with details, there are some differences in terms of scale."

Ubisoft is far from the only company contributing to the reconstruction. Tim Cook has promised Apple will make a donation, while Disney has pledged $5 million (it has some links to the cathedral, having released The Hunchback of Notre Dame). Dating app Badoo will also donate all the profits it makes from its 22 million users in France this month. Wealthy families and businesses in France are among those who have contributed around $1 billion to the cause so far.

Meanwhile, it emerged one of the measures firefighters employed to get the blaze under control was sending in an 1,100-pound robot named Colossus. The machine can be operated from up to 1,000 feet away, withstand intense conditions, use a fire hose and even carry people to safety.

In this article: apple, assassins creed, assassins creed unity, assassinscreed, assassinscreedunity, badoo, business, disney, fire, gadgetry, gadgets, gaming, notre dame, notredame, paris, robot, robots, tim cook, timcook, ubisoft
All products recommended by Engadget are selected by our editorial team, independent of our parent company. Some of our stories include affiliate links. If you buy something through one of these links, we may earn an affiliate commission.