The bare-bones smartwatch needs to be about $60 cheaper.

I wasn't sure what to expect when Fitbit announced the Versa Lite smartwatch. It's supposed to be a pared-back iteration of last year's Versa, which itself was already a watered-down version of the company's first true smartwatch, the Ionic. For $200, the Versa was actually a pretty compelling mix of an Apple Watch-inspired design, capable fitness tracking and a robust operating system at a reasonable price. But it begs the question: How much more stripped down can you get? Apparently about $40 more. Fitbit somehow managed to squeeze $40 of tradeoffs out of the Versa to deliver the Versa Lite. It brings over most of my favorite features from the more expensive watch, but it might be too "lite" even for the first-time smartwatch buyers the company is targeting. 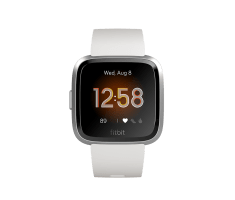 For the slightly lower cost, you'll have to make do with a few omissions. The Lite doesn't have an altimeter to measure elevation, so it won't be able to detect if you've climbed floors. It also lacks a gyroscope, which means it can't count your laps in the pool, though it will still track your calories burned and the duration of your swim. You'll need to bring your phone on your runs or gym sessions for your tunes, too, since the Lite doesn't offer onboard music storage. Finally, it lacks onscreen tutorials via the Fitbit Coach app, as well as WiFi, which means you'll find it slower than usual when you're indoors.

Most of these are minor omissions -- only people who are used to Fitbit's higher-end devices will miss the altimeter. Transferring music to the Versa and Ionic never worked well for me anyway, so I guess it's nice to have one less thing to be frustrated by? And, although I really liked Fitbit Coach and its helpful workout guides, it also requires a paid subscription if you want more than a handful of routines.

The absence of WiFi, however, might explain some of the sluggishness I noticed when testing the Versa Lite. It's not slow per se, but things like downloading apps or updating firmware crawl over the Bluetooth connection with my phone. Both devices pack the same CPU, though, so their overall performance is otherwise about the same. Externally, the Versa Lite is basically the Versa. The new watch is identical to the original, which looks a lot like a fat Apple Watch. My review unit has a white silicone strap with a silver case, which is pretty bland, although the one with a blue band and face is quite attractive. I still prefer the original Versa with a rose gold case and lavender band, but I appreciate that the Lite has a single button on its side compared to the Versa's three, simplifying both its aesthetic and navigation.

Like the Versa, the Lite is so comfortable that I often forgot I was wearing it, only to be reminded it was on my wrist when it buzzed to remind me to move.

Swiping through the Fitbit OS 3 interface was smooth, and scrolling through my notifications felt responsive. But whenever I pulled up the Today dashboard for a look at my daily progress, it took about a second before my stats would load. This also happened when I opened the Alarms, Exercise, Relax and Weather apps. It's an unnecessary delay that's built into the OS and affects all Fitbit's smartwatches.

Compared to the $200 Galaxy Watch Active that I just finished testing, the Versa Lite was an absolute sloth. I was used to the Samsung watch screen lighting up the instant I lifted my wrist, so having to wait a second or two for the Fitbit to do that has been jarring. I also have to be very deliberate when raising my arm or twisting my wrist before the Versa Lite will come on.

Given Fitbit's expertise and history in fitness tracking, I was surprised to find that I actually prefer the Galaxy Watch Active. It's generally better than the Versa Lite at automatically recognizing when I've been walking briskly for a prolonged period of time. Samsung's device even buzzes to show me that I've been trotting along at a healthy pace and counts my heart rate too. Meanwhile, the Versa Lite hasn't gone out of its way to alert me to any such activity yet, though it did automatically log 53 minutes of cardio when I was at a yoga class. 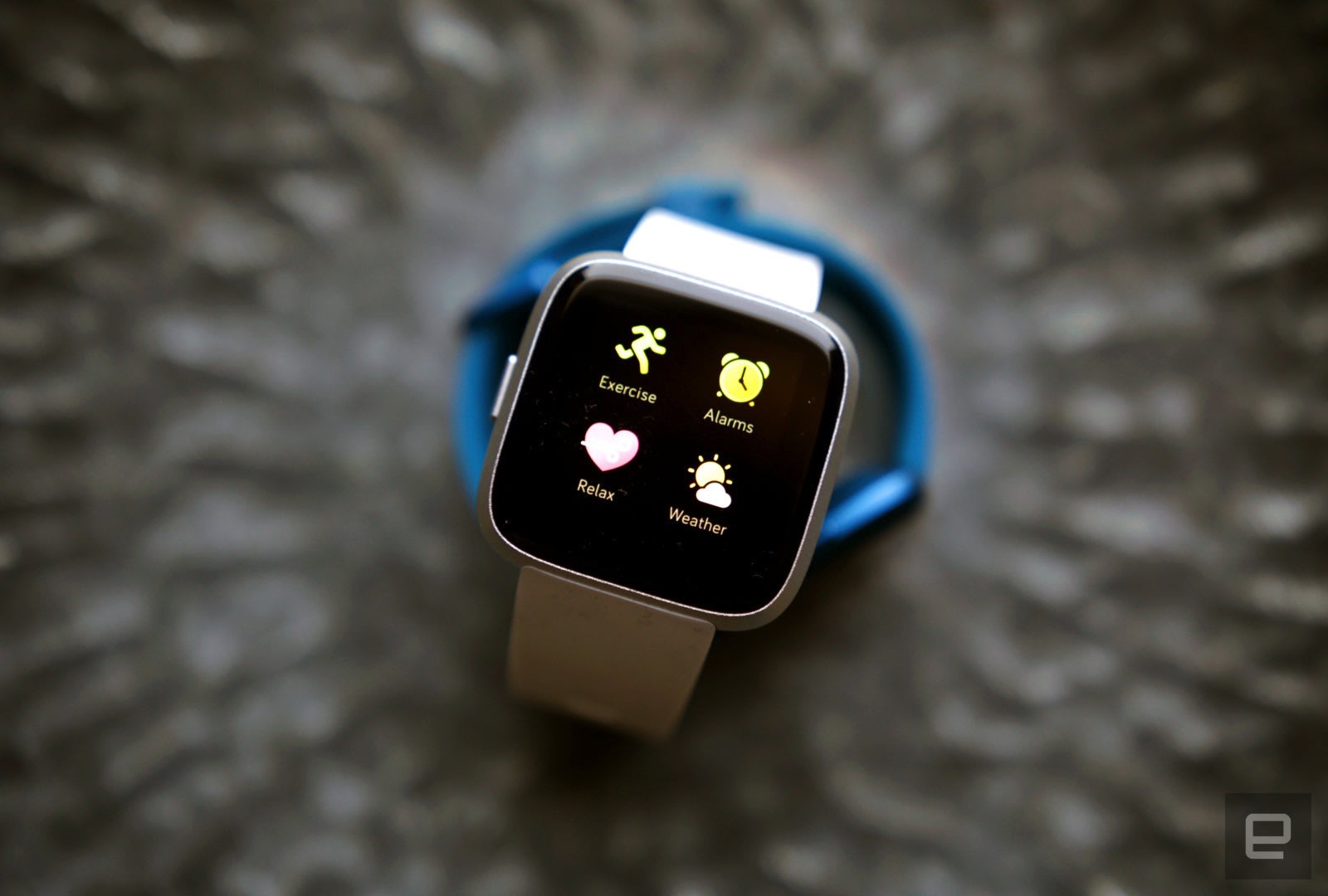 At the gym, though, the Fitbit holds up well. It's as capable as the regular Versa and the Galaxy Watch Active at keeping tabs on my pulse and calorie burn. Fitbit is better than Samsung at telling you what cardio zone you're in based on your pulse, which is helpful if you have targets to hit.

My problem with this is that the person Fitbit said this was for -- basically, first-time smartwatch owners -- likely cares less than an athlete about advanced fitness tracking. They'd need something that not only encourages them to move, but also automatically notices when they've been active without trying. A novice smartwatch wearer won't have formed the habit of launching a workout-tracking session when they're being active and is more likely to be reminded that these features exist if the device automatically sends congratulatory alerts. That'll motivate me to try and move more and say, ride a bike instead of taking the train, or speed up my walk for a few blocks.

The Versa Lite doesn't just track your activity, though. It also offers more-advanced sleep monitoring than the competition. It uses the watch's heart rate sensor to figure out what stage of slumber you're in, so it can detect, say, how long you were in REM sleep versus in light sleep. 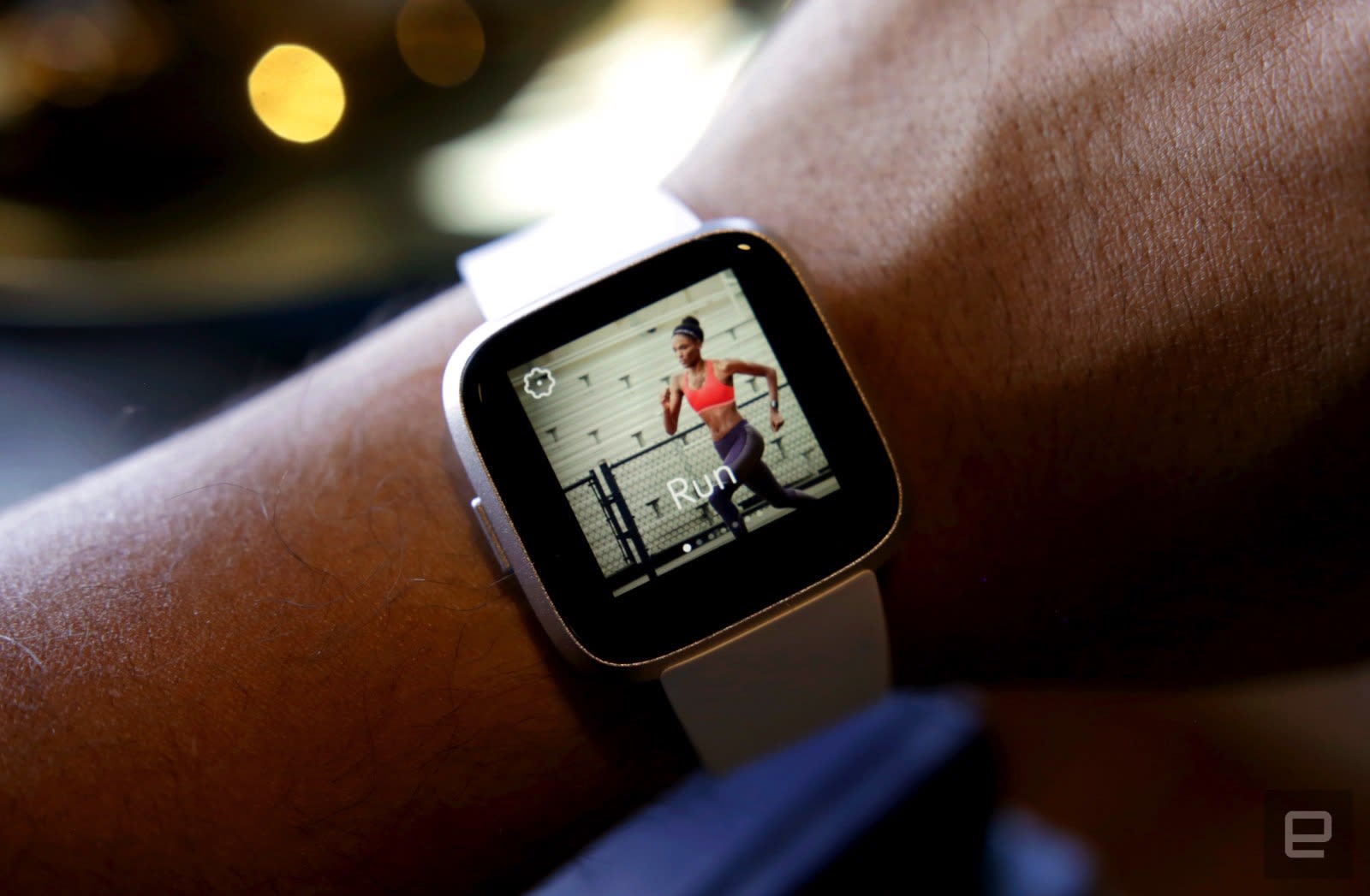 Although Fitbit was one of the first wearables companies to add breathing exercises to its devices, it's since lost its lead on that front. The Galaxy Watch Active actually measures your heart rate variance to tell how stressed you are, and then suggests you start some breathing exercises to relax. While Fitbit does offer similar prompts in the Versa, it's only available if you pay $8 a month for a Coach subscription, so the Lite doesn't really have this.

Samsung's watch also offers a lot more versatility when it comes to replying to your messages and notifications. You can dictate a response, send an emoji or use an onscreen keyboard (if you're a sado-masochist) on the Galaxy Watch Active, but on the Versa Lite, you'll have to use canned replies. You can customize your preset responses, but it still isn't as useful as being able to compose a message each time. The Galaxy Watch Active also lets you ask Bixby for things like the weather, nearby restaurants or your upcoming schedule, which is helpful even if Samsung's assistant isn't the most intelligent.

Fitbit continues to lead the pack when it comes to battery life, though. The Versa Lite generally lasts about four days on a charge -- five, if I'm being lazy and not working out much. That's about the same as the regular Versa and the Galaxy Watch Active, though Garmin's Vivoactive clocks a couple of days more. Garmin's watch uses a less energy-intensive black-and-white screen, though. 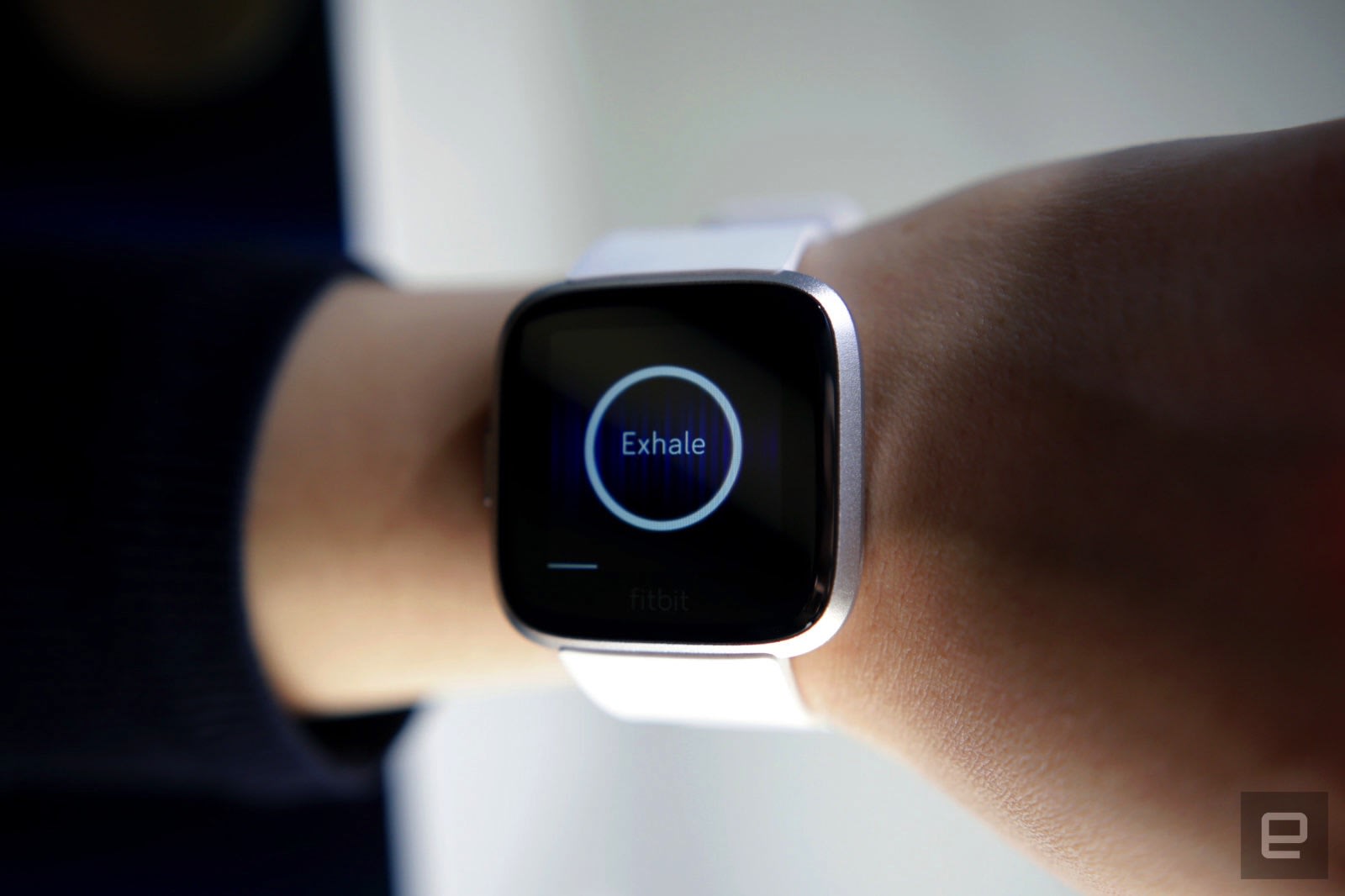 I'm all for making lower-cost devices for people with smaller budgets, but I don't think Fitbit did it right this time. When $40 gets you a much better smartwatch in the Versa or even in the Galaxy Watch Active, I can't suggest that anyone opt for the Lite in order to save some money. If Fitbit had made it $100 cheaper than the regular Versa, I would be happier to recommend it. In fact if the company does change the price of the Versa Lite, I'd gladly give it a higher score.