And there's a new entry-level model joining the family, too.

For 2019, ASUS' Zephyrus gaming laptops are getting some useful improvements: Intel's 9th generation CPUs (which debuted this morning); NVIDIA's latest RTX graphics; and incredibly fast 240Hz displays. Oh yes, and they're still some of the thinnest gaming notebooks around. It's not just about spec bumps, either: ASUS also completely revamped the 15-inch Zephyrus S and M, while also debuting a new lower-cost G line.

Let's start with the noticeable changes: The top-of the line Zephyrus S and the mid-range M now have sleek black cases made out of magnesium alloys. They're smooth to the touch, with a slightly sparkly painted finish, and they're much sturdier than before, thanks to rigid honeycomb-shaped reinforcements within the case. I'm used to thin notebooks feeling a bit flimsy, but these models felt as rigid as Apple's unibody MacBook Pros. The new Zephyrus S features a traditional keyboard design, with the trackpad up front and the keys in the back (the last model, which is also getting upgraded, has its keyboard up front). 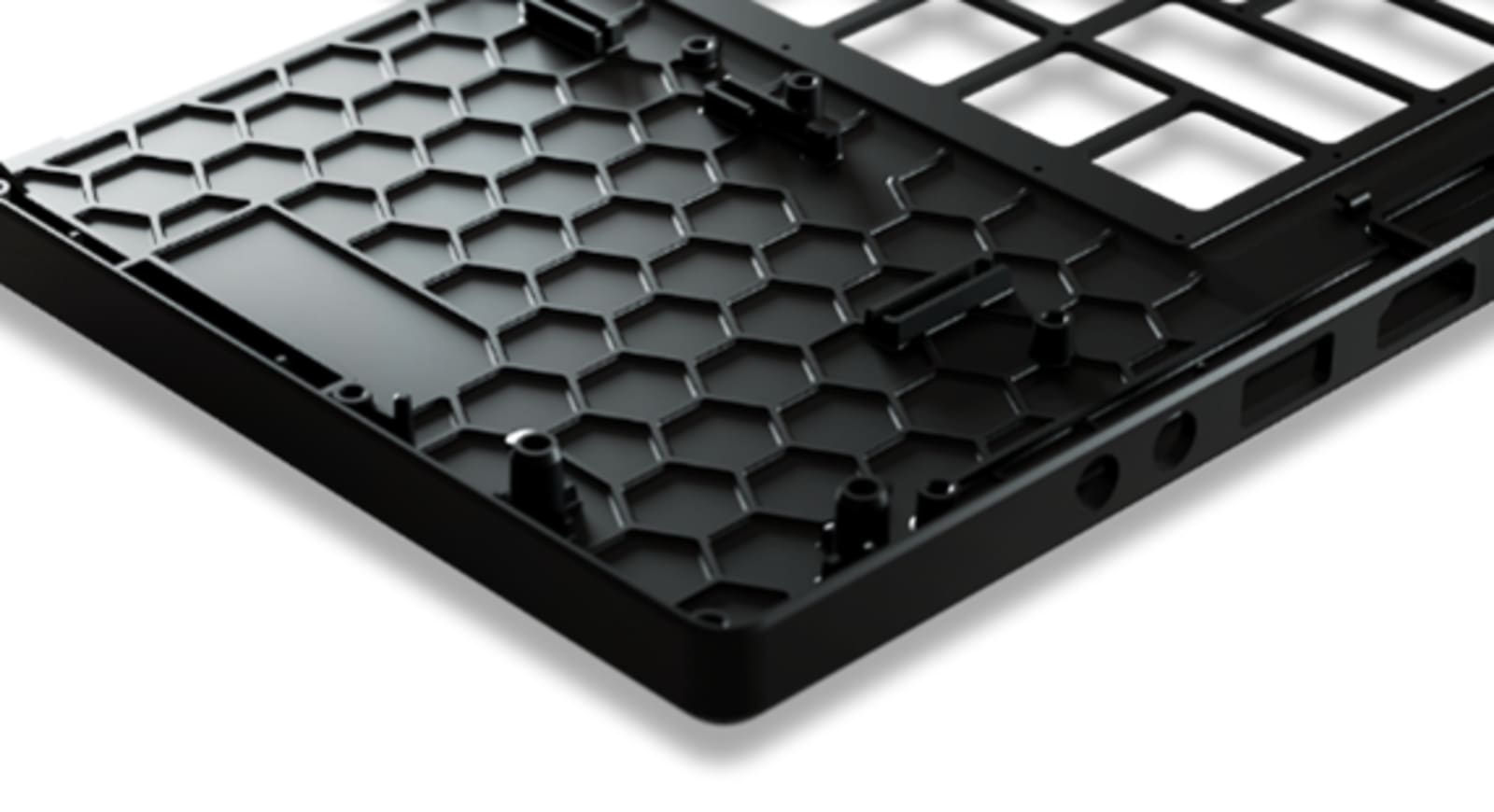 The Zephyrus M and S both feature Intel's ninth-generation Core i7-9750H GPU, up to 32GB of DDR4 RAM, and your choice of 144Hz or 240Hz 1080p panels. They also both weigh around 4.4 pounds (the M is slightly lighter). The main difference between is their GPUs: the high-end S has either NVIDIA's RTX 2060 or 2070, which are cooled by ASUS' "active aerodynamic system," along with G-SYNC to smooth out gameplay. The Zephyrus M, meanwhile, is limited to the 2060, a simpler cooling setup and no G-SYNC. Both systems should be more than a match for modern games in 1080p with tricked out graphics settings, but the S is likely the better choice for anyone who wants to get the highest framerates possible (and to really make use of that 240Hz panel). 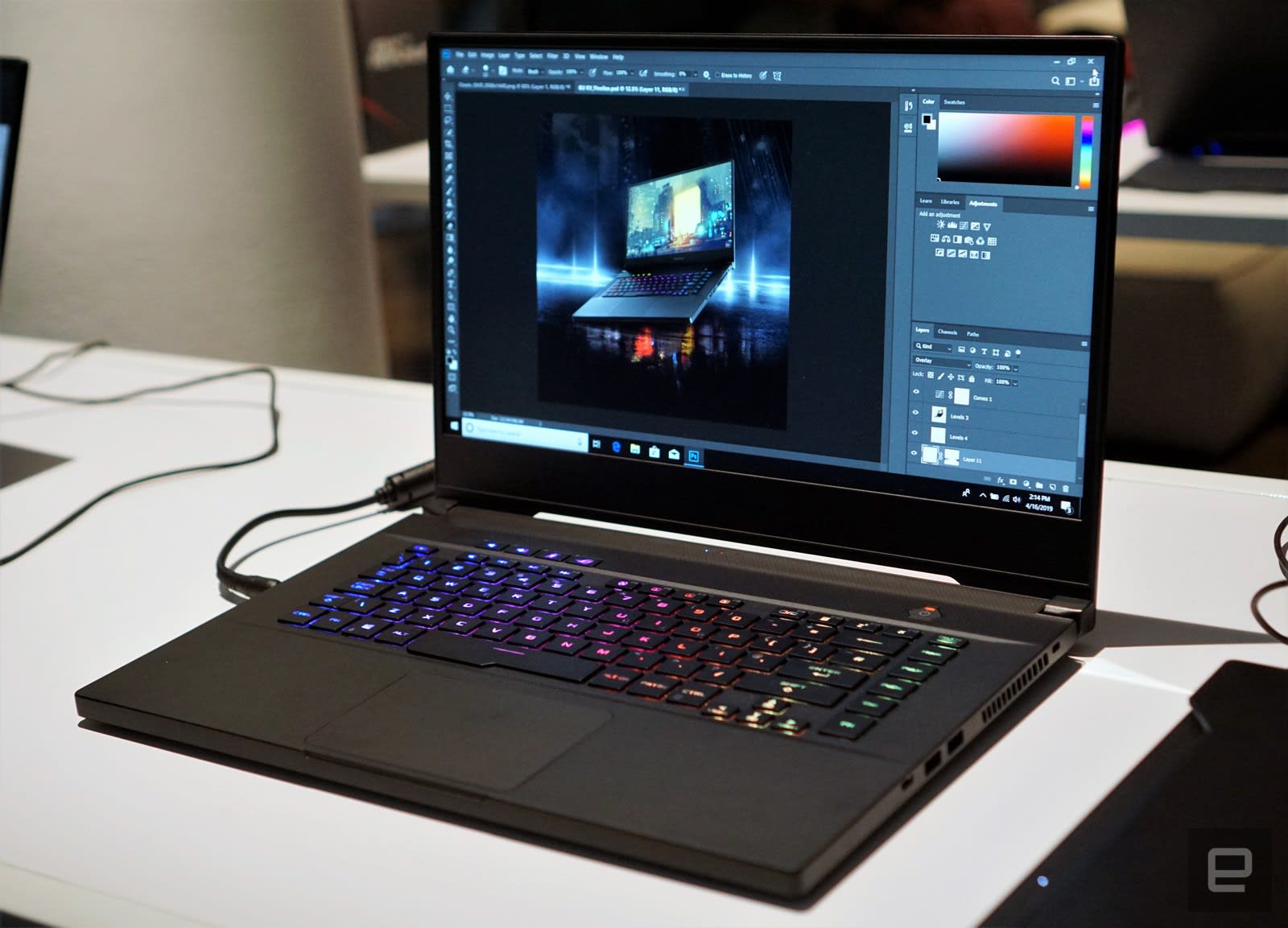 Based on my short hands on time with the Zephyrus S and M, they feel like a huge leap forward for ASUS when it comes to build quality. I'm a fan of the previous Zephyrus machines, especially the groundbreaking first model, but they always felt a bit unpolished compared to something like Razer's Blade. It was as if ASUS was trading a bit of refinement just to have a thinner laptop than everyone else. But I didn't get that sense at all with the redesigned models. While playing a bit of Battlefield V, performance was buttery smooth on both machines. Their added polish also means they're a better choice for creatives who want powerful notebooks that don't look like typical gaming hardware. 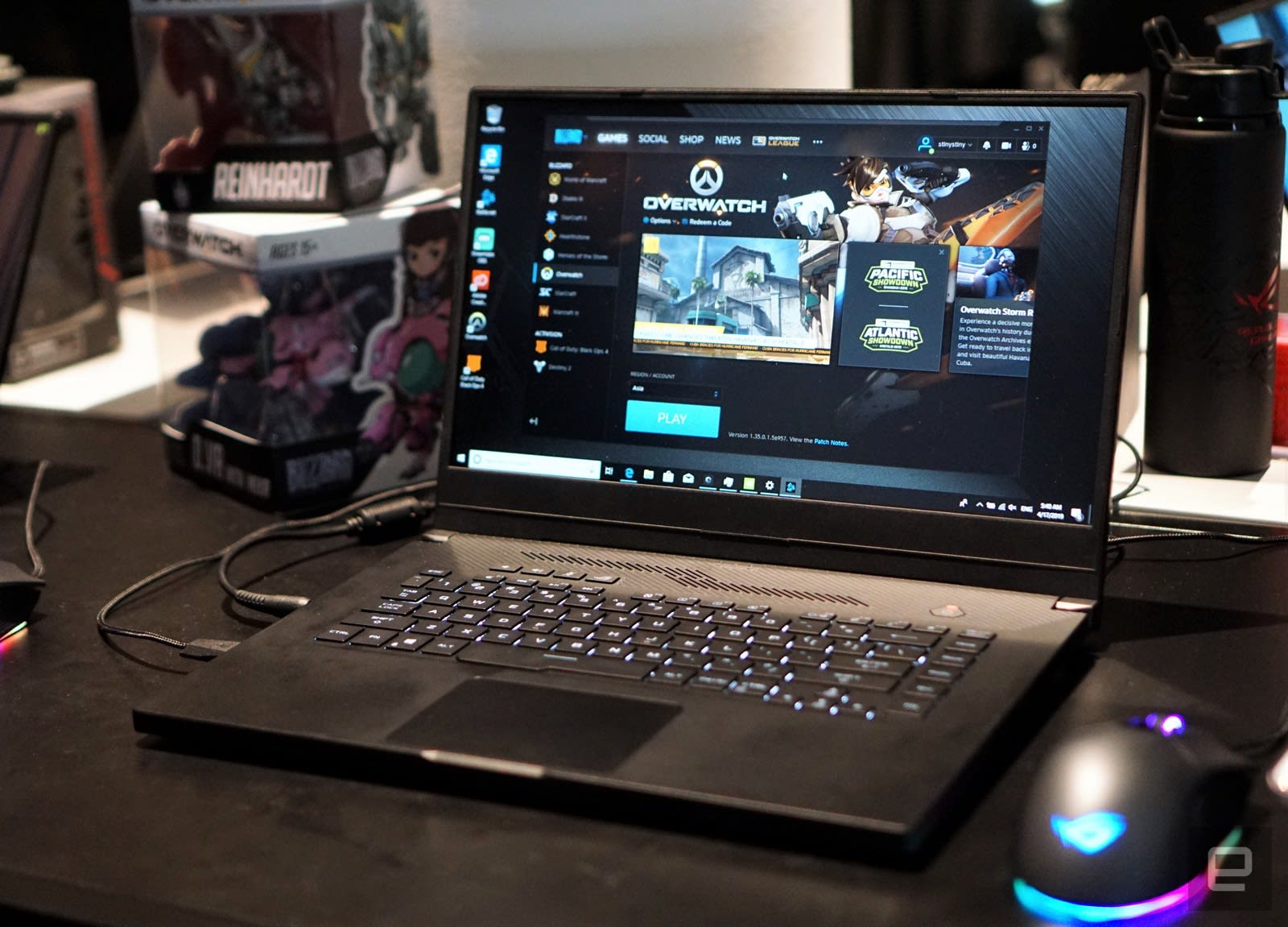 And then there's the newcomer, the Zephyrus G. It's a bit of an odd duck for the most stylish ASUS line: Its case is made out of plastic and brushed metal; it features a Ryzen 7 mobile processor; and it's powered by NVIDIA's value-oriented GTX 1660 Ti GPU. Still, it's a good deal starting at $1,199, as it'll also feature 16GB of RAM and a 512GB SSD. ASUS says there will even be cheaper configurations down the line. While it doesn't look nearly as sleek as its more powerful siblings, it's still 20mm thin and relatively light at 4.6 pounds. The Zephyrus G could be a great option for someone on a budget who wants something a bit sleeker than a typical cheap gaming laptop.

Surprisingly enough, all of the Zephyrus notebooks will also support USB-C charging. That certainly won't be enough to keep the systems powered up while you're gaming (those GPUs suck up more power than USB-C takes in), but it gives you the option of carrying a smaller charger when you're out browsing the web and checking emails.

ASUS says the Zephyrus G is headed to Best Buy today for $1,199, while the M and S will be available during the second quarter.