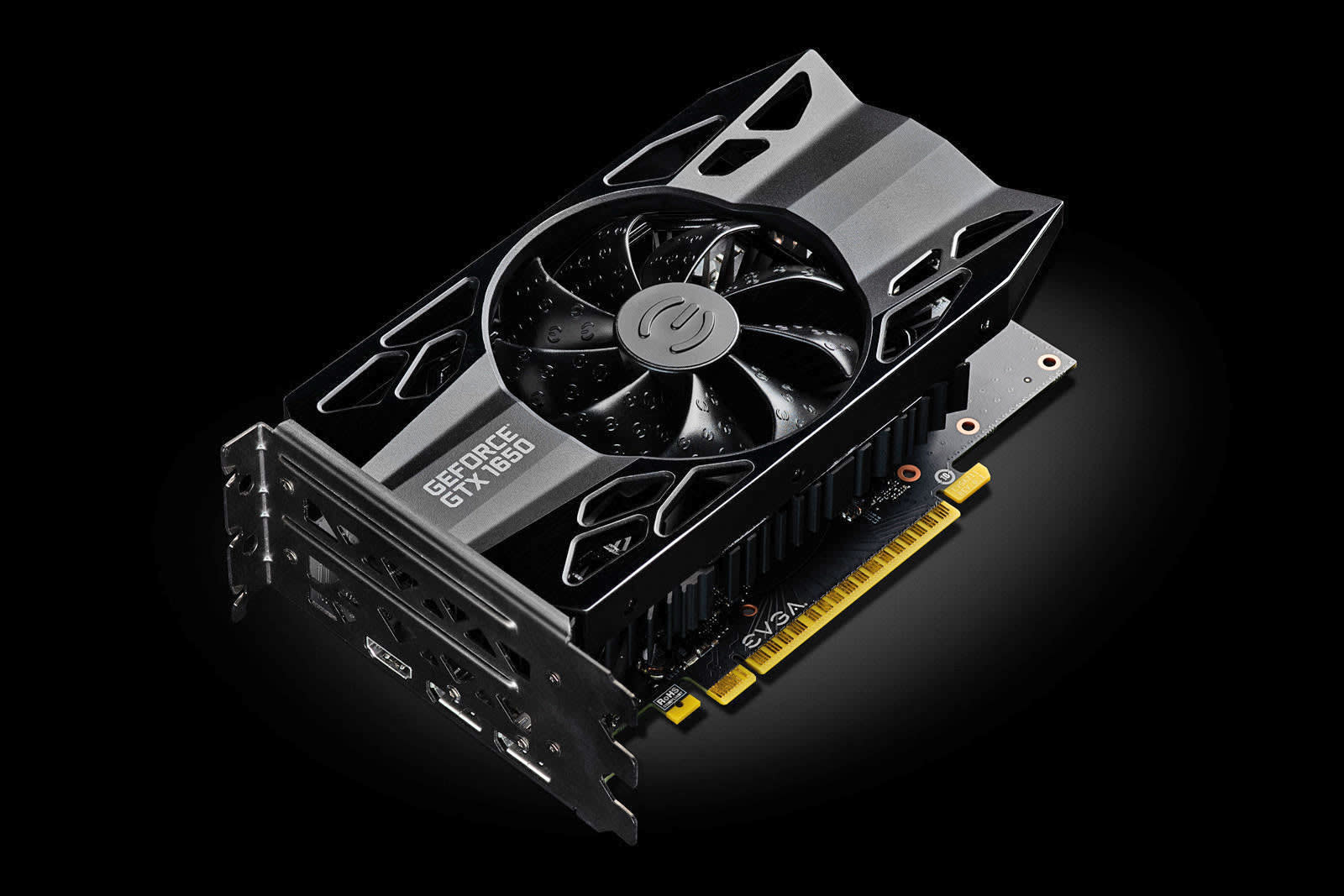 NVIDIA's cutting-edge Turing architecture has been gradually making way to more affordable graphics cards, and now it's finally reaching the entry level. The company has introduce the GeForce GTX 1650, a starter GPU that aims to provide the perks of modern games (such as complex shader effects) at an easier-to-swallow starting price of $149. It's a significant step down from the GTX 1660, but NVIDIA is betting that you won't mind in light of improvements over predecessors.

The 1650 has just 896 CUDA cores versus 1,408 in the base 1660, a 128-bit memory bus instead of a 192-bit bus, and 4GB of GDDR5 memory in place of 6GB. It's also clocked slightly lower at 1,485MHz base compared to the 1660's 1,530MHz, and a 1,665MHz boost clock instead of 1,785MHz. You won't be using this for 4K gaming any time soon as a result. However, it could still represent giant strides ahead of NVIDIA's past GPUs. The company claims that it's up to 70 percent faster than the GTX 1050 at 1080p, and twice as fast as the aging GTX 950. So long as the real-world performance comes reasonably close, it could be a viable upgrade if you're mostly interested in keeping pace with modern gaming than maxing out the resolution or visual quality.

The 1650 is immediately available through third parties like EVGA. Not surprisingly, there's no NVIDIA-made reference model. Whether or not it's a smart buy is a tougher call. It's currently priced around the same level as AMD's Radeon RX 570, which could give it an edge simply by using a considerably newer architecture (AMD has yet to use Vega in this GPU price class). We haven't seen how cut-down Turing hardware fares against the competition as of this writing, though, and AMD may still have a few advantages like its 256-bit memory bandwidth.

In this article: gaming, gear, geforce gtx 1650, gpu, graphics, graphics card, gtx 1650, nvidia, personal computing, personalcomputing, turing, video card
All products recommended by Engadget are selected by our editorial team, independent of our parent company. Some of our stories include affiliate links. If you buy something through one of these links, we may earn an affiliate commission.