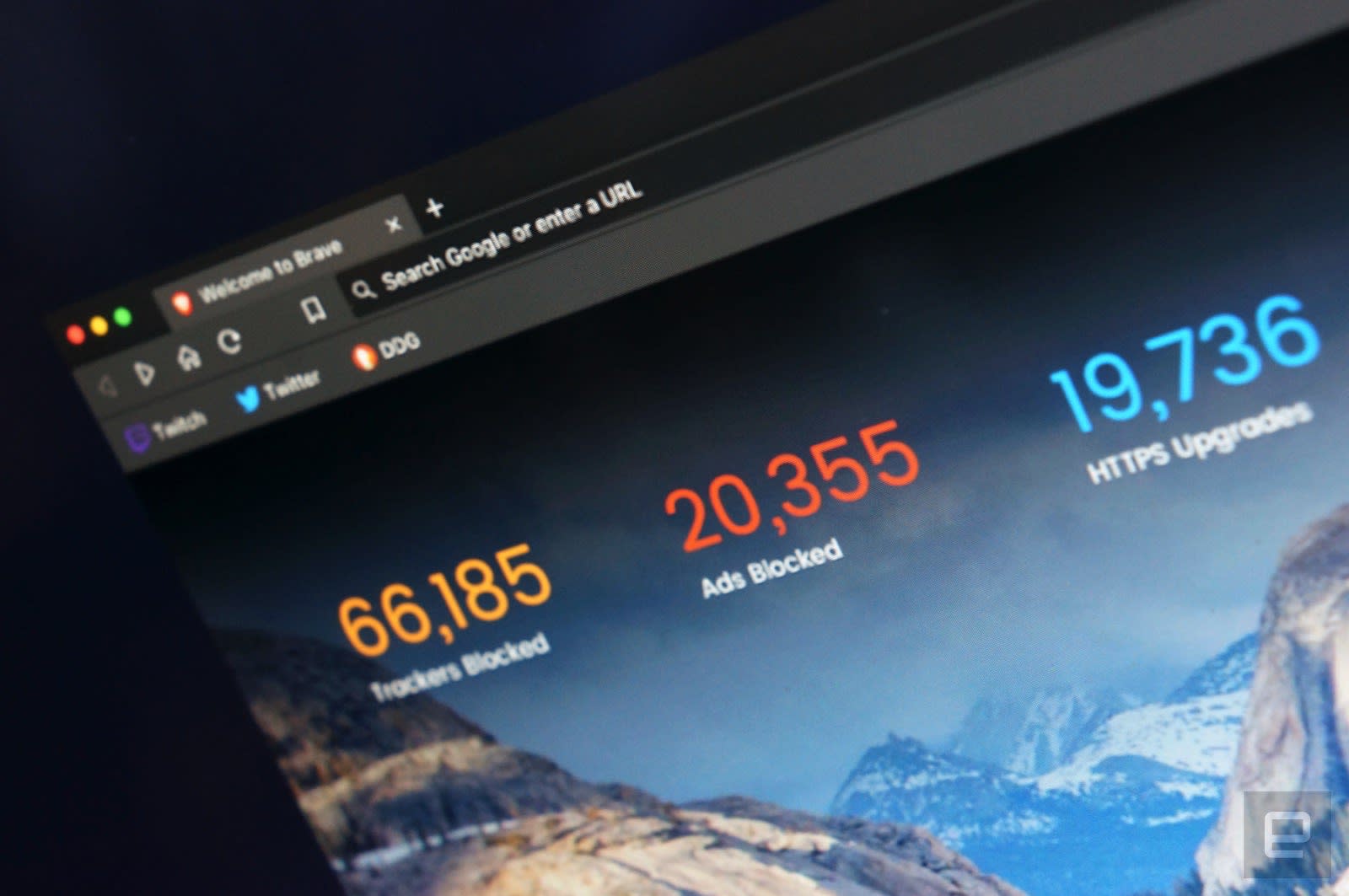 Brave is moving forward with its plans to pay people who view opt-in ads. Use the latest version of its desktop web browser, sign up for Brave Rewards and you'll have the option of viewing Brave Ads that give you a 70 percent cut of the ad revenue through crypto tokens if you decide to click. They won't compromise your privacy, Brave said, and they'll soon be useful for more than just donating to sites and content creators. You'll have the option of redeeming them for "real-world rewards" like gift cards and restaurant vouchers, and there are plans to convert tokens into real currencies.

The launch comes a few months after an early access program in January, and has a few bigger supporters this time around. Vice and Home Chef are some of the partners supplying ads on top of existing allies like TAP Network, which will also supply the real-world rewards. You should also see ads from charities and non-profits like The Giving Block and the Human Rights Foundation.

There's little doubt that Brave is being at least slightly optimistic. Its browser has a relatively tiny user base (it doesn't register on Netmarketshare's usage charts), and advertisers might balk at a platform where users won't even see ads. Brave, however, isn't deterred. It notes that the people clicking the ads will be those who want to see something (and are thus more likely to buy). And let's face it, the possibility of being paid for viewing web ads is alluring. Even if you only get a tiny reward for each ad you view, that could quickly add up if you make a habit of watching ads on a regular basis.

In this article: ads, advertising, brave, browser, gear, internet, privacy, web
All products recommended by Engadget are selected by our editorial team, independent of our parent company. Some of our stories include affiliate links. If you buy something through one of these links, we may earn an affiliate commission.