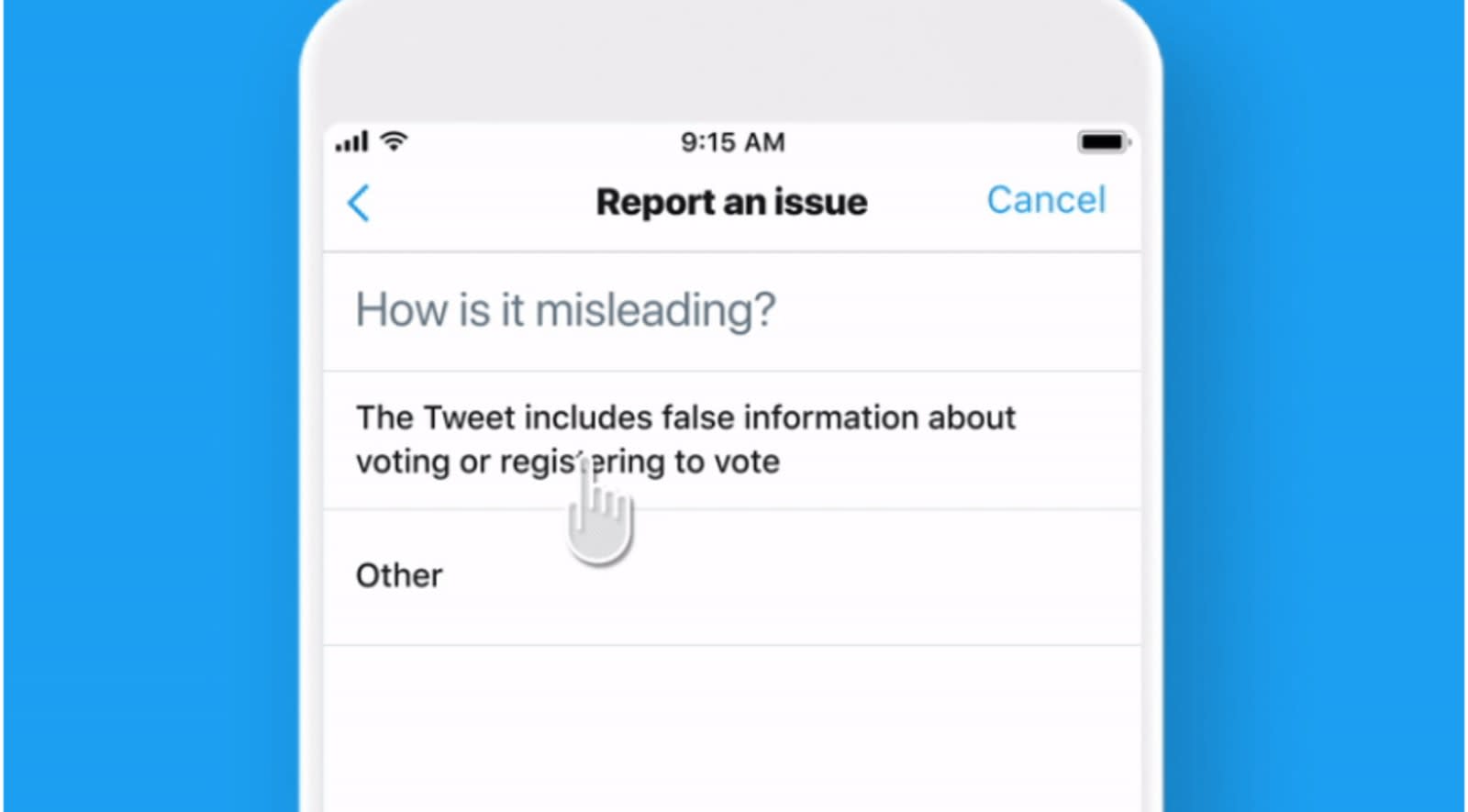 With a number of high profile elections taking place around the world in the coming months, social media platforms are gearing themselves up for the inevitable onslaught of fake news and misleading information. Twitter has announced that it's doubling down on its efforts in this area with a new feature that will let users report this kind of problematic content directly.

Users in countries where elections are taking place -- firstly in India from April 25, then Europe from April 29 -- will see a new option, "It's misleading about voting," in the "Report Tweet" dropdown menu, alongside the existing options, such as "It's abusive or harmful." Tap this, and you'll be able to flag the tweet as problematic, and give more information about the content if you wish. The feature will roll out globally in due course.

The kind of content Twitter is expecting to pick up with this feature is varied -- the company's umbrella statement is that users aren't allowed to use the platform for "the purpose of manipulating or interfering in elections." This includes giving out misleading information about how to vote and requirements for voting, as well as making misleading statements about individuals involved in elections.

It's a small change, but it's an important one, not least because giving users the ability to report this kind of content directly (rather than having to explain the issue via other "report tweet" options) gives Twitter a clear set of data about the way its platform is being used during elections. A better understanding of this abuse means the company -- all social media companies, in fact -- are better placed to tackle it effectively.

In this article: election, EU, Europe, fake news, India, internet, misleading information, politics, report, security, services, tomorrow, tweet, Twitter, voting
All products recommended by Engadget are selected by our editorial team, independent of our parent company. Some of our stories include affiliate links. If you buy something through one of these links, we may earn an affiliate commission.