Imogen Heap’s musical gloves are finally available to everyone

Pre-orders for the Mi.Mu Gloves are open now.

Imogen Heap hums the opening bars to Breathe In before pinching her fingers, instructing a sequencer to begin playing it on a loop. She opens her palms wide and makes a fist, as if holding a drumstick, and begins thumping the song's beat. Piece by piece, Heap constructs the song until she is ready to begin singing, without ever touching an instrument.

Mi.Mu smart gloves, which she dreamt up in 2010, made this possible. Eight years of R&D later, and the gloves are ready for everyone to buy. "I always longed for more expressive control of the tech in the studio and on stage," said the Grammy winner, back in 2012.

Inspired by MIT's Elly Jessop, and Max Matthews before that, Heap's gloves enable electronic musicians to step out from behind their banks of gear to actually perform to their audience.

The first pair of Mi.Mu gloves were created by Heap alongside researchers at the University of the West of England in Bristol. The idea was to use them as part of a live show for Earth Day, with an initial setup that included gloves, a backpack and bolero to house all the tech. Refinements to the system shrunk the technology to just the gloves, which Heap has used in shows ever since. And Heap has been a prominent ambassador for her new concept, showing them off at various music, technology and arts conferences.

Around 30 pairs of these prototype / first-generation gloves were made and were essentially hacked together. Because they were mostly intended as little more than custom prototypes for touring musicians, the initial models cost £5,000 (around $6,400). But they quickly found an audience. Arianna Grande used a pair during her 2015 tour.

"The first models were hand-sewn by Rachel," said Dr. Tom Mitchell, who created the gloves with Heap. Rachel is Rachel Freire, a fashion and costume designer, making each pair in between jobs on movies like Avengers: Age of Ultron and Alien: Covenant. "It would take me about two days, solid, just to stitch the gloves," said Freire, who also designed the gloves.

Much has changed between then and now, and while Freire still hand-makes the gloves, the process is a little faster. At an intimate launch in North London, UK, the company showed off a new edition of Mi.Mu, demonstrated through performances by Chagall van den Berg and Lula Mehbratu. Heap herself was absent, journeying to Toronto to perform at a Blockchain conference. 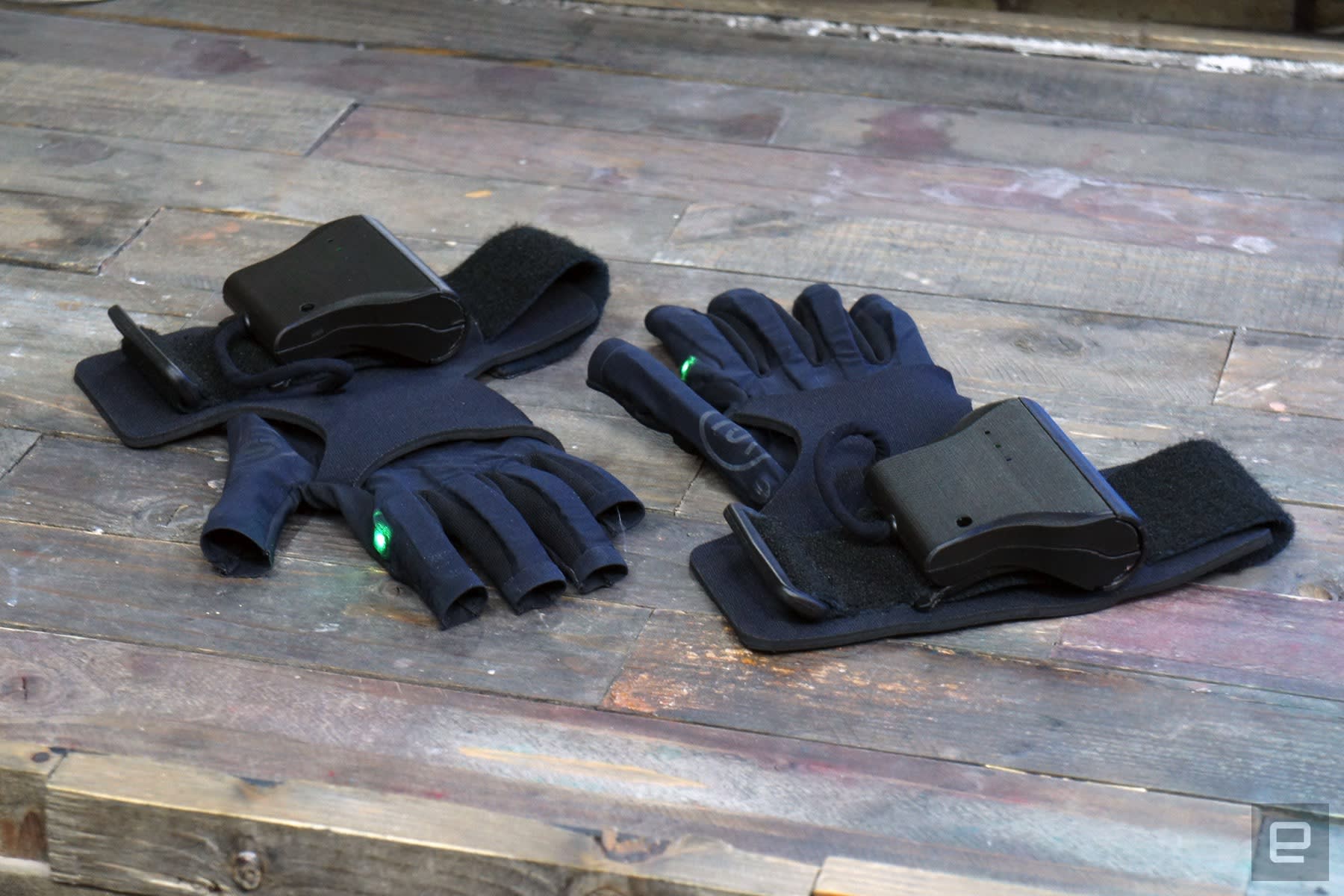 Mitchell and his team have made a number of refinements to the gloves as Mi.Mu has evolved into a genuine consumer product.

For one, the flex sensors have been redesigned for better accuracy, so it can pick up subtle pinch gestures with the fingers. That offers a greater variety of controls and enables performers to move in a more natural way. A redesigned IMU (inertial measurement unit) helps ensure the gloves always know where they are in three-dimensional space. The prior models often needed to be told which way the performer was facing to avoid errors creeping in.

Another big problem was latency, with a noticeable delay between a command and an action with the first version. This time around, the gloves use 802.11n WiFi, which has ensured that when someone does an action, the system instantly obeys the command.

Finally, the new gloves have removable batteries, chunky cells that, the company promises, will run for six hours on a charge. Artists will be able to swap in a fresh battery between a sound check and a live show, ridding them of panic over power. These batteries were originally designed for vapes, but suit Mi.Mu's purposes perfectly. 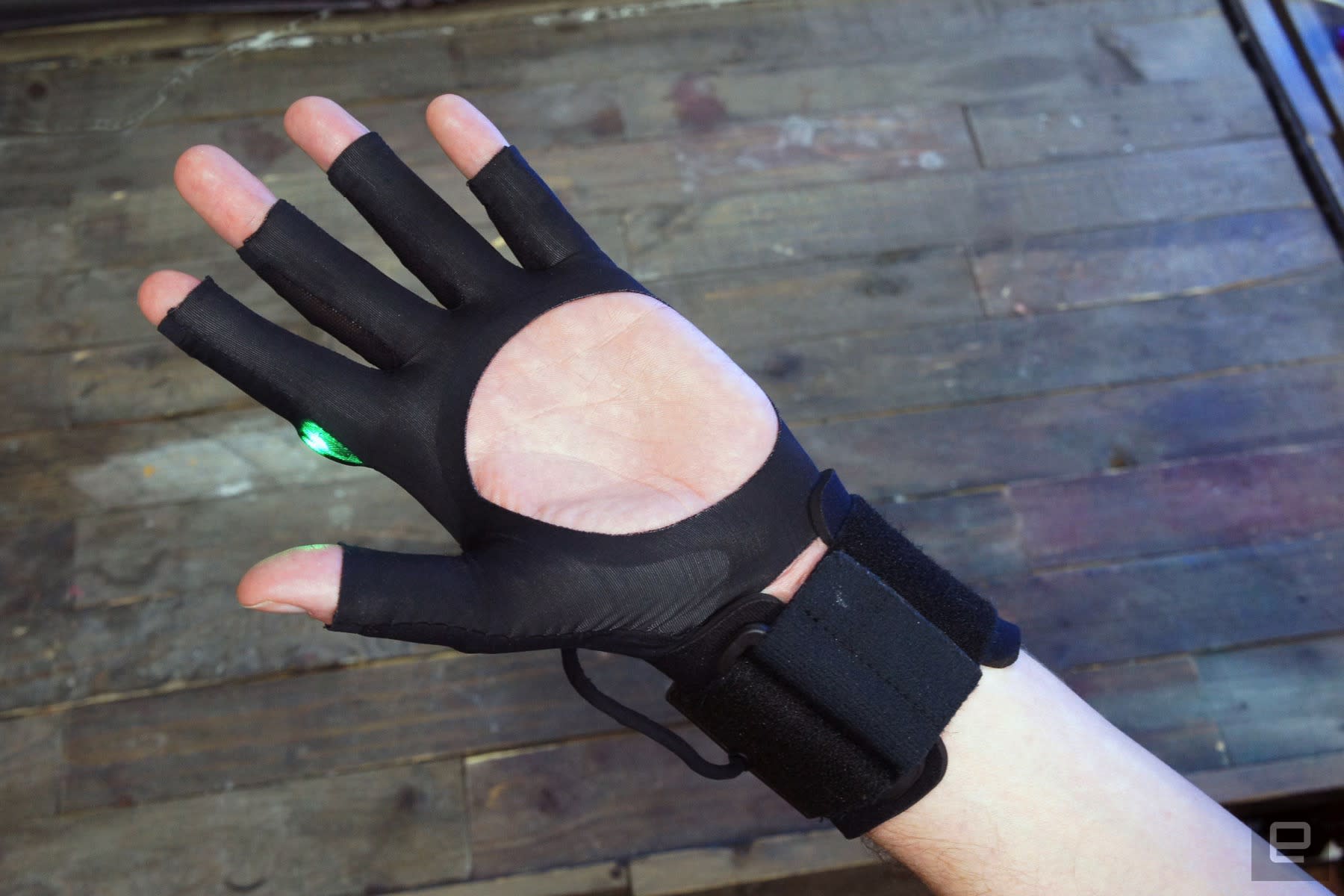 With an eye on durability and sustainability, Friere looked for materials that were both recyclable and hard-wearing. She eventually settled on Yulex, a natural, environmentally friendly alternative to Neoprene popularised by sportswear-company Patagonia. The material, along with some tactical gluing, helps strengthen the gloves, since they have both an open palm and no fingertips.

This time around, the gloves are glued in layers rather than sewn, helping them look sleeker and feel more comfortable. It's a practice created by Nick Turner's Sew Systems and is more commonly found in high-end lingerie and sportswear. It's indicative of the very broad, multidisciplinary team that Heap and Mitchell assembled to create this new type of product.

"We want people to be able to express themselves," said Mi.Mu's chief, Adam Stark, on the future direction of the company. The hope is that, eventually, the Mi.Mu gloves will fall in cost to be the price of an electric guitar, but it'll take some time to get there. In the meantime, the gloves have found many uses that its creators didn't conceive of, including use by disabled musicians. Kris Halpin has cerebral palsy, so struggles to play the guitar and piano -- but has no problem using the gloves.

I tried the new Mi.Mu gloves very briefly, but the differences between them and the first version were staggering. The latency and fuzziness of the gestures seem to be all gone, replaced with a seamless setup that makes the virtual feel very real. Drumming on a virtual kit, you can pretty much pretend that you're Phil Selway, with line after line of drums in front of you.

Both Mitchell and Freire describe the initial editions of the Mi.Mu as "bespoke tailoring" thanks to the painstaking process of assembly. That, combined with the £5,000 price and very long lead time meant that the gloves weren't -- until this point -- ever actually on sale. "People would email in, asking how they could become part of this 'exclusive club,'" said Adam Stark. With the price cut in half to £2,500 (around $3,220) and mass production on the way, the days of the exclusive club are gone.

The new Mi.Mu gloves are available to pre-order today, with deliveries expected to commence on July 1st.

All products recommended by Engadget are selected by our editorial team, independent of our parent company. Some of our stories include affiliate links. If you buy something through one of these links, we may earn an affiliate commission. All prices are correct at the time of publishing.
View All Comments
Imogen Heap’s musical gloves are finally available to everyone