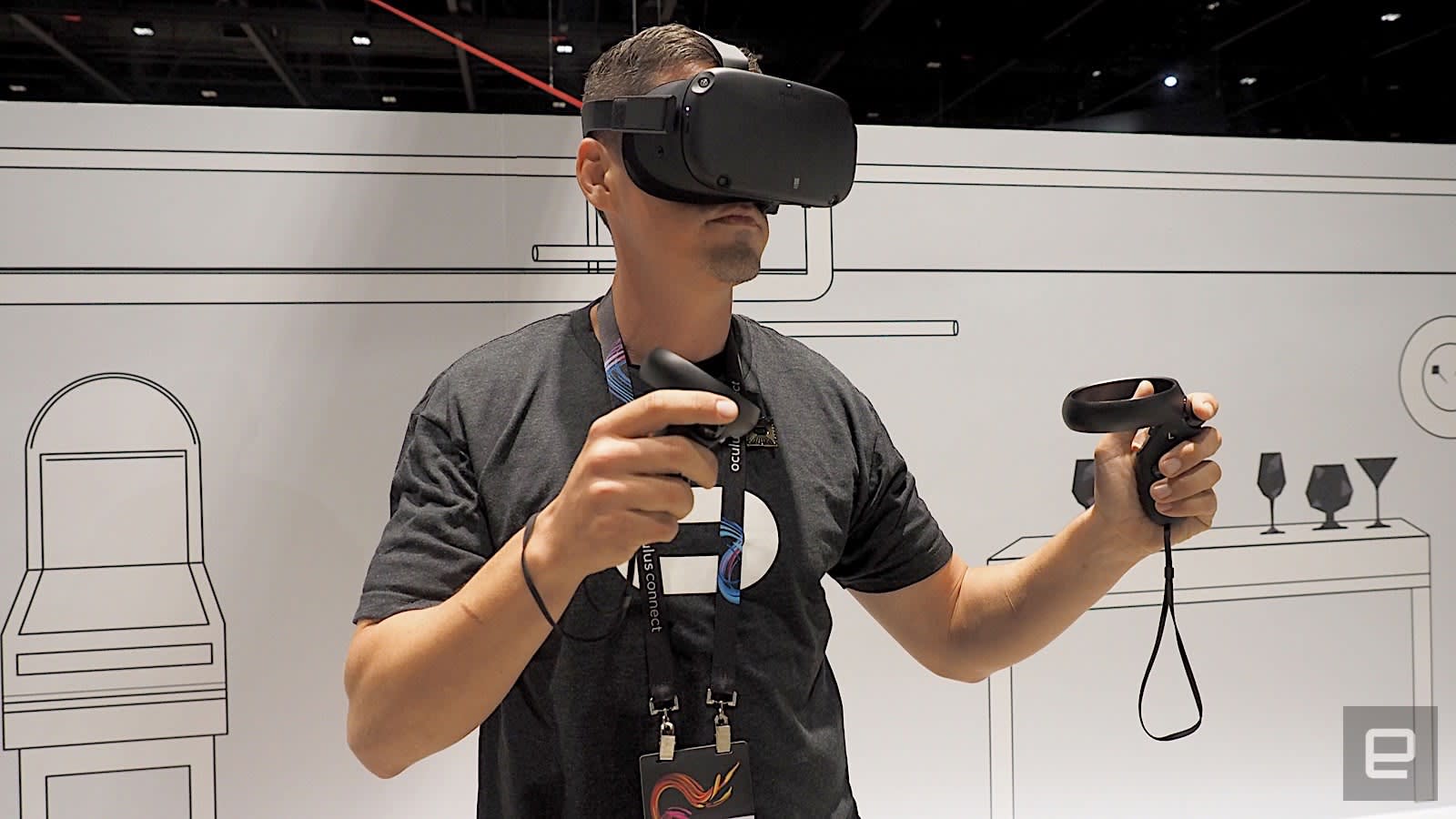 After months upon months of waiting, Oculus is finally ready to deliver its next generation of VR headsets. Both the stand-alone Oculus Quest and PC-dependent Oculus Rift S will be available to buy on May 21st in 22 countries, with pre-orders starting today (April 30th). Amazon, Best Buy, Microsoft and Walmart are among the outlets carrying both devices. The Rift S is available in just one $399 trim, while the Quest starts at $399 for a version with 64GB of built-in storage, and $499 for 128GB of space.

Oculus added that several games are now in line for the Quest on launch day, including well-known examples like Angry Birds VR, Keep Talking and Nobody Explodes and Thumper. Some of these will support cross-purchasing with the Rift, if you're in the rare position of having both headset types.

Whichever headset you choose, the primary allure is the built-in room-scale tracking -- you don't need external equipment to walk around virtual spaces in an immersive way. Things diverge after that, of course. The Quest is a completely wireless, independent headset for those willing to trade power (it's using a mobile CPU) for a lower overall cost and freedom of movement. The Rift S, meanwhile, is a sort of side-step for PC-based VR fans. It has higher-resolution displays than the original Rift as well as a wider field of view, but it's using LCDs instead of OLED screens and uses a lower 80Hz refresh rate. You're more likely to buy the Rift S as a newcomer to VR than a veteran upgrading from an existing headset.

In this article: f82019, facebook, games, gaming, gear, headset, oculus, oculus quest, oculus rift s, personal computing, personalcomputing, thebuyersguide, video games, virtual reality, vr, wearables
All products recommended by Engadget are selected by our editorial team, independent of our parent company. Some of our stories include affiliate links. If you buy something through one of these links, we may earn an affiliate commission.