Valve fans rejoice! The company today unveiled its Index VR kit, which consists of a $500 headset, $279 controllers and two $149 base stations. You can get the entire kit for $1,000 or the headset and controllers for $749, or buy everything individually if you prefer. Pre-orders begin tomorrow.

What stands out here is Valve's refresh rate, which at 120hz / 144hz is incredibly high compared to existing systems. The headset uses dual 1,440 x 1,600 LCDs, which offer 50 percent more subpixels than OLEDs and allows for sharper image quality. Currently, the Rift, Vive and Vive Pro use OLEDs, though their makers seem to be moving towards LCDs as well. In particular, the upcoming Rift S uses LCDs.

Speaking of the Vive Pro, those who already own that headset don't need to shell out for the entire $1,000 package to use Valve's VR Kit. Since the Valve Index Base stations are compatible with 2.0 tracking-capable hardware, which includes the HTC Vive Pro, you can keep your existing sensors and simply buy the new headset.

The Valve Index headset also comes with integrated headphones and a front expansion slot so it can be modified for specific use cases. The company also has cameras available with sample code so developers working in computer vision can use the kit to create content that takes in the real world. 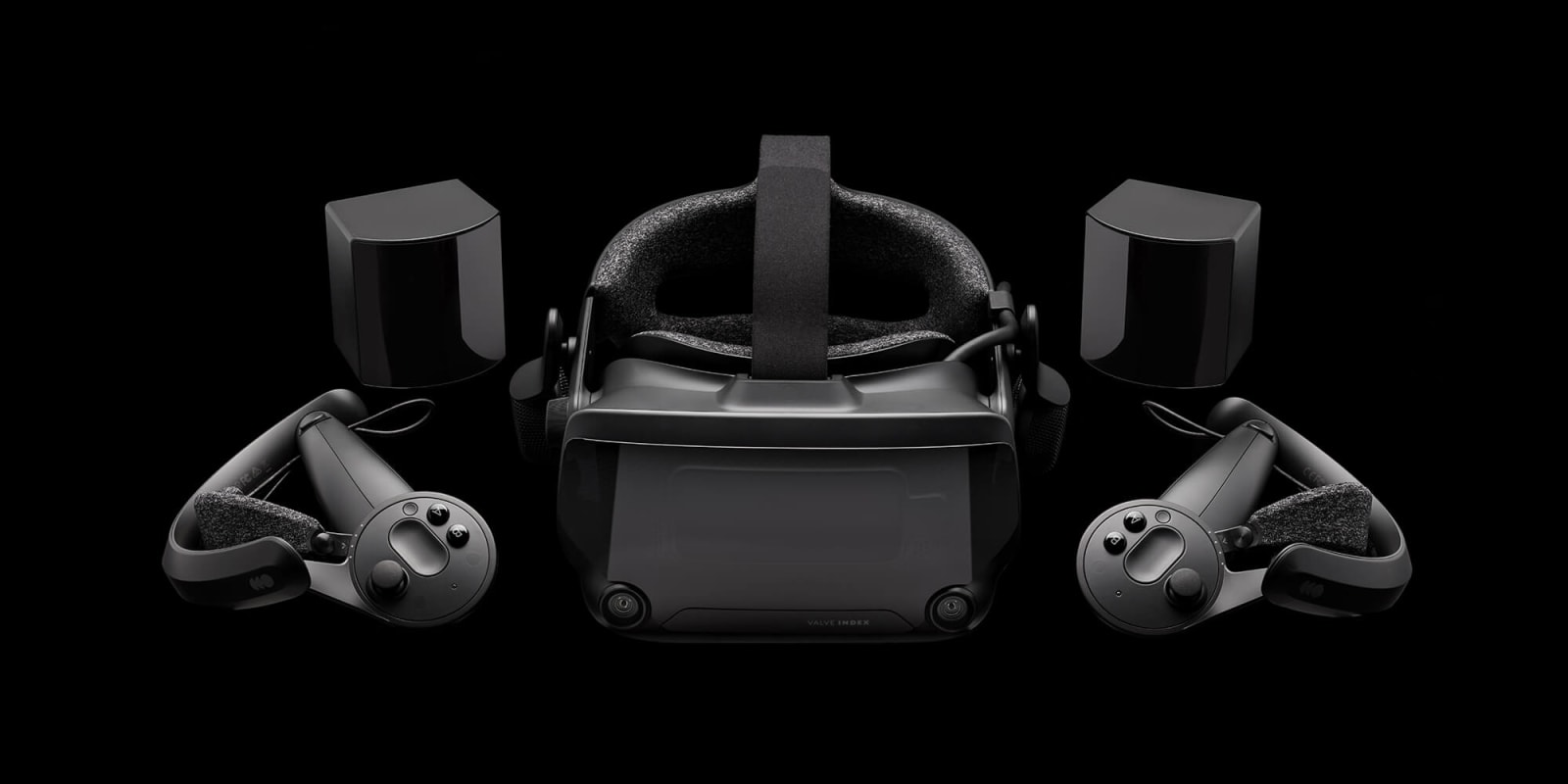 You'll need a computer with at least a dual-core CPU, 8GB of RAM and an NVIDIA GeForce GTX 970 or AMD RX480 to use the Index. Up to four base stations can be connected in a single setup, and they can be used with controllers that support SteamVR version 2.0 tracking. That includes the HTC Vive or Vive Pro controllers.

Valve's new kit adds to the growing number of options available for people who want high-end VR gear without having to pay thousands of dollars. As competition heats up and companies continue to improve the display technology in their products, headsets will hopefully become better and cheaper very soon.