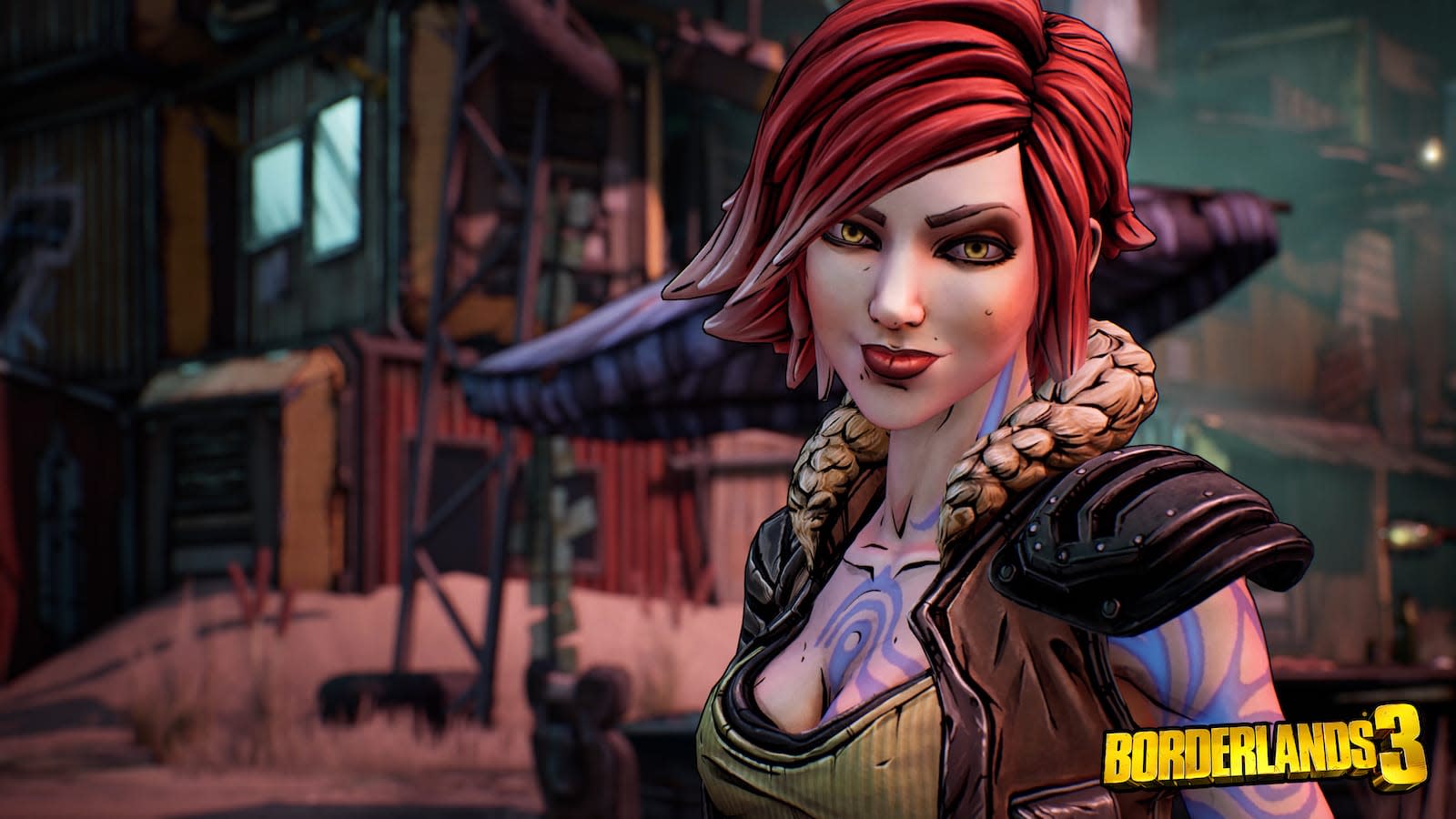 Borderlands 3 is achingly familiar. It's as if Gearbox distilled the grimy, viscous essence of Borderlands into a crisp new game highlighting the core aspects of the franchise, battle royale be damned.

As most studios are focused on adding online multiplayer modes and social features galore to their games, Gearbox is going back to basics. When it comes out on September 13th, Borderlands 3 will have four-player online co-op, and it'll also support local, split-screen multiplayer for up to two people. It has more than 1 billion guns, comic-book-inspired visuals, new narrative arcs with famous in-game folks, customizable skill trees and heaps of enemies to mow down. Perhaps most importantly, every scene is dripping with crass sarcasm. 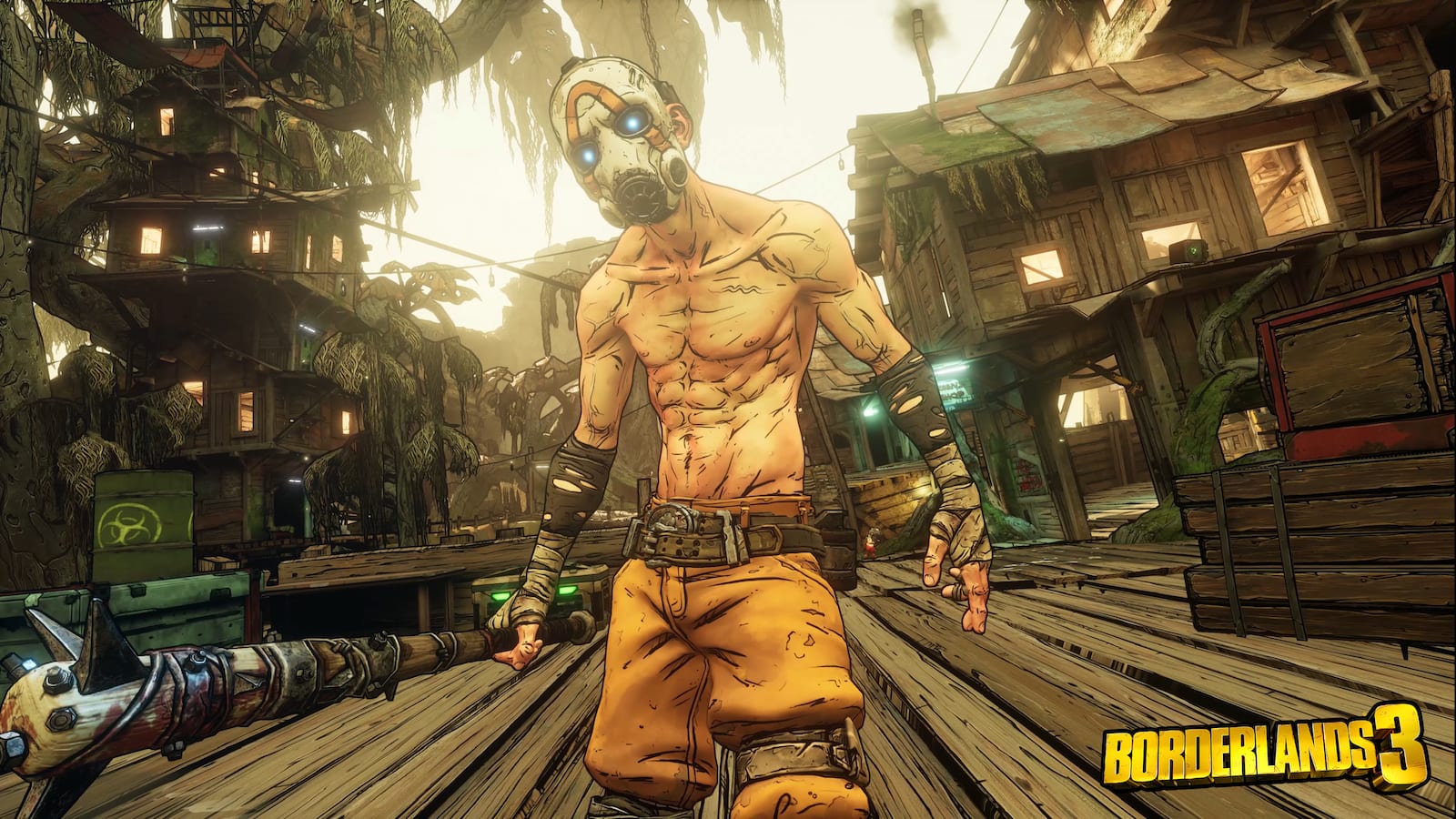 Borderlands 3 moves the franchise along, but it isn't a massive evolution of the ideas that have driven the series since the first game landed in 2009. Essentially, Borderlands 3 feels like a huge, late chunk of DLC for Borderlands 2.

This isn't necessarily a bad thing. Instead of building up online modes, Gearbox focused on expanding the narrative in Borderlands 3, adding depth to the universe in a literal way. The game introduces the Calypso twins, havoc-loving killers with a shared god complex and plans to harvest the life out of as many creatures as possible. To stop them, players have to go interstellar -- this is the first Borderlands game to include intergalactic travel, taking players outside of the Pandora system via hyper-drive. Home base in Borderlands 3 is a big ol' spaceship, where players can store extra loot, visit some favorite characters and display their trophies.

However, Gearbox isn't ready for people to go hands-on with Borderlands in Space just yet. The first, 90-minute demo for the game stayed securely on Promethea. This planet is the headquarters of Atlas Corporation, which is at war with fellow weapons manufacturer, Maliwan Corporation (more war means more guns, after all).

During the demo, I tried out two new heroes, the siren Amara and the soldier Zane. Every character in the game has three action skills to choose from, rather than the traditional two. Amara's are called Phaseslam, Phasegrasp and Phasecast. I picked Phasecast, an ability that shoots Amara's spectral form in a single direction, damaging any enemies in its path. Phasecast doesn't travel through objects; it stops once it hits a barrier or wall, encouraging players to move around the environments and find the best angles of attack.

With three guns, a handful of grenades and Phasecast in my back pocket, I found Amara to be an incredibly capable character. Borderlands revels in having players fight contained swarms of tenacious enemies, and she handled them deftly every time (except for the moment I blew her up with an ill-placed grenade).

Shooting in Borderlands 3 felt like butter. Gearbox added a ton of new weapons, including a gun that turns into a throwable turret upon reload, and some that switch between elemental-damage types, inflicting radiation poisoning one moment and incendiary pain the next, for example. Zooming in with any gun seemed to activate a subtle auto-lock feature, though the demo was contained to Easy mode, so it's unclear if that will carry across all difficulty levels.

I spent less time with Zane, though he also had three action skills to choose from: Digiclone, Sentinel and Barrier. With Digiclone, Zane creates a copy of himself that draws enemy fire, and he can also swap places with his shadow self on command, multiple times over. Sentinel deploys an autonomous combat drone with the ability to attack, freeze, weaken or bomb enemies, while Barrier creates an energy shield that not only deflects damage, but also buffs Zane and any nearby teammates.

Gearbox didn't provide an opportunity to try out multiplayer, either local or online, though developers explained how things would work with drop-in co-op. There are two new options designed to streamline the experience -- loot-instancing and loot-balancing. Loot-instancing means there's always enough cash and weapons to go around, since each player gets their own loot stream. For instance, if a level 5 Amara opens a chest and takes a gun, the level 25 Zane on her squad will still have his pick from a full chest. Add loot-balancing to the mix, and each player will see weapons relative to their own level. But don't fret, purists -- both of these multiplayer augmentations are optional. 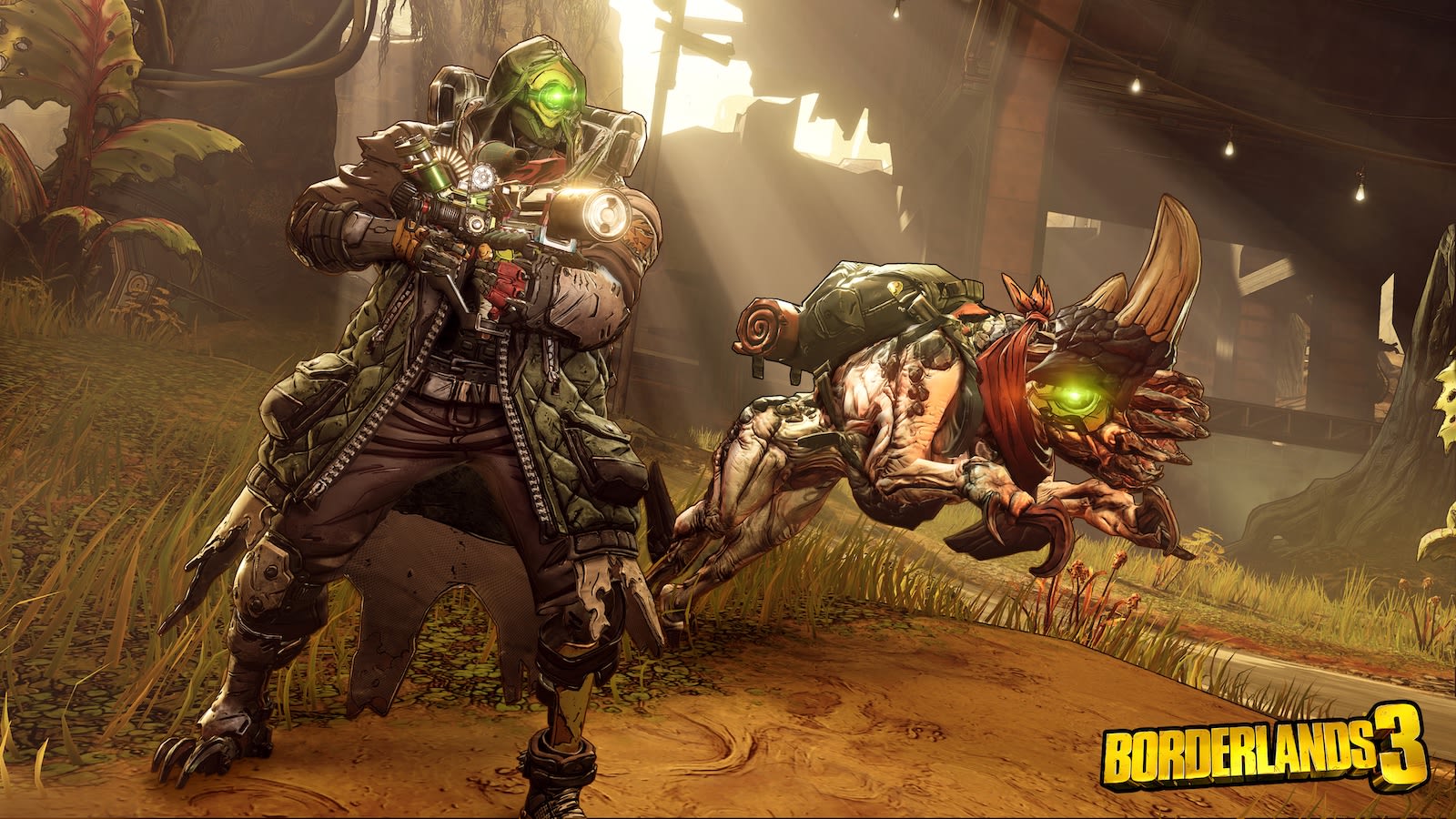 By focusing on traditional multiplayer modes and the core game experience, Gearbox is attempting to break Borderlands 3 away from the mob of online-focused, microtransaction-heavy, 100-player games dominating the market. We're not just talking about Fortnite, Apex Legends and PUBG, but also established franchises like Call of Duty: Black Ops 4, Battlefield V and even Tetris 99. Borderlands 3 is a glimpse at what game development might look like today, had Fortnite never added battle royale.

In this article: av, borderlands, borderlands 3, gaming, gearbox, hands-on, local co-op, multiplayer, personal computing, personalcomputing
All products recommended by Engadget are selected by our editorial team, independent of our parent company. Some of our stories include affiliate links. If you buy something through one of these links, we may earn an affiliate commission.