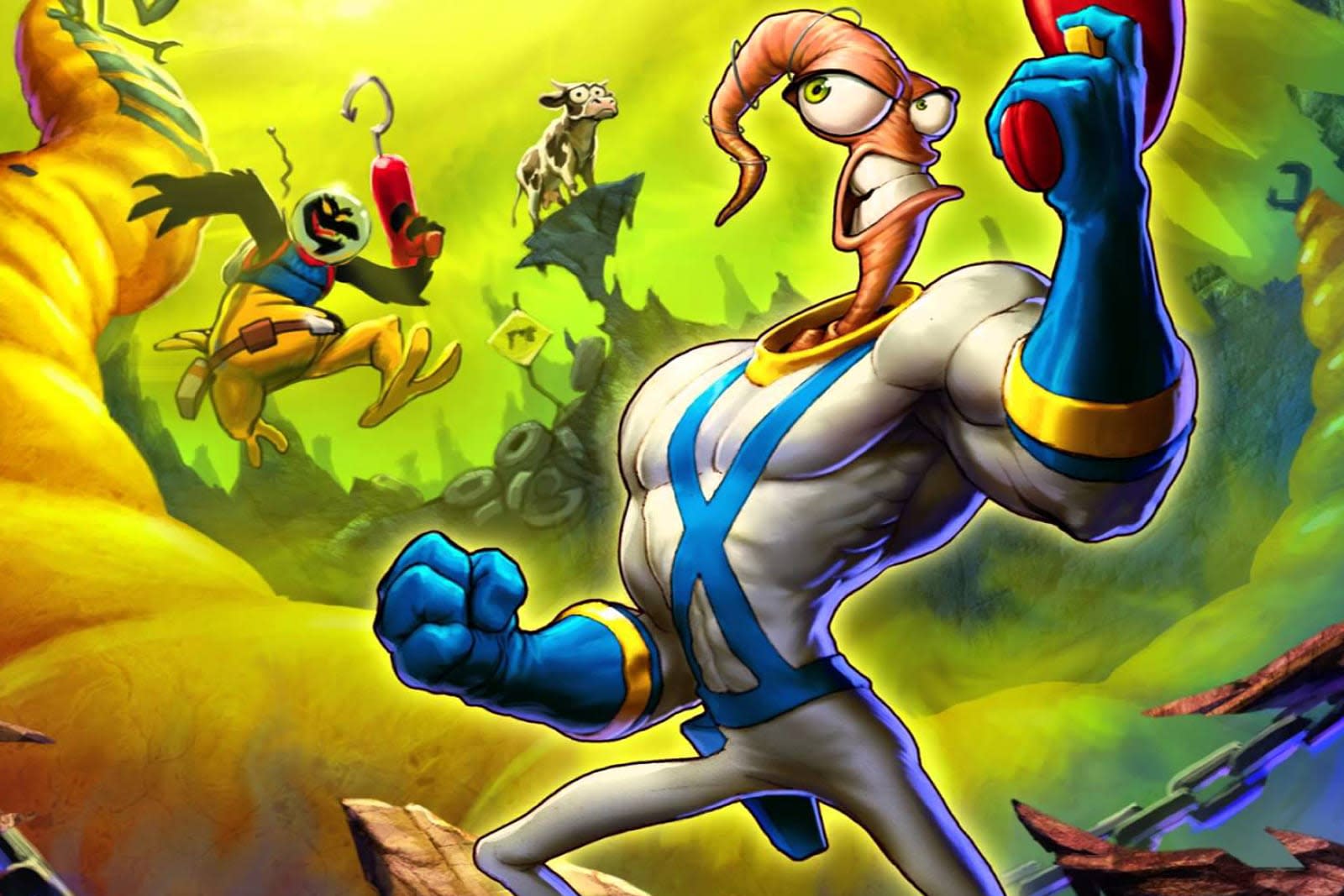 It's been 20 years since there was a genuinely new Earthworm Jim game, and longer still since the original team was involved. However, the gang is coming back -- if you're willing to take a chance on a retro console. Intellivision Entertainment is reuniting ten members of the Earthworm Jim team to work on a new game in the franchise made solely for the Intellivision Amico. The title is still in the very early stages. In fact, Intellivision is livestreaming part of the first design meeting on May 4th at 3PM Eastern. However, it might be comforting news if you want to see more of the anthropomorphic annelid beyond remasters and ports of the classics.

The company tells us that the "entire" original team is coming back, including Doug TenNapel, David Perry and Tommy Tallarico (not surprising when he's the CEO of Intellivision). With that said, at least some of the team has been out of major game development for a while. David Perry hasn't released a big-name title in over a decade, and is more recently known for Gaikai (which he sold to Sony in 2012) and the influencer startup VYRL -- can he rekindle the magic after that kind of hiatus? While the early team was chock full of talent, there's no guarantee it'll recreate what made those first Earthworm Jim games so special.

In this article: amico, av, doug tennapel, earthworm jim, games, gaming, intellivision, intellivision amico, Tommy Tallarico, video games
All products recommended by Engadget are selected by our editorial team, independent of our parent company. Some of our stories include affiliate links. If you buy something through one of these links, we may earn an affiliate commission.