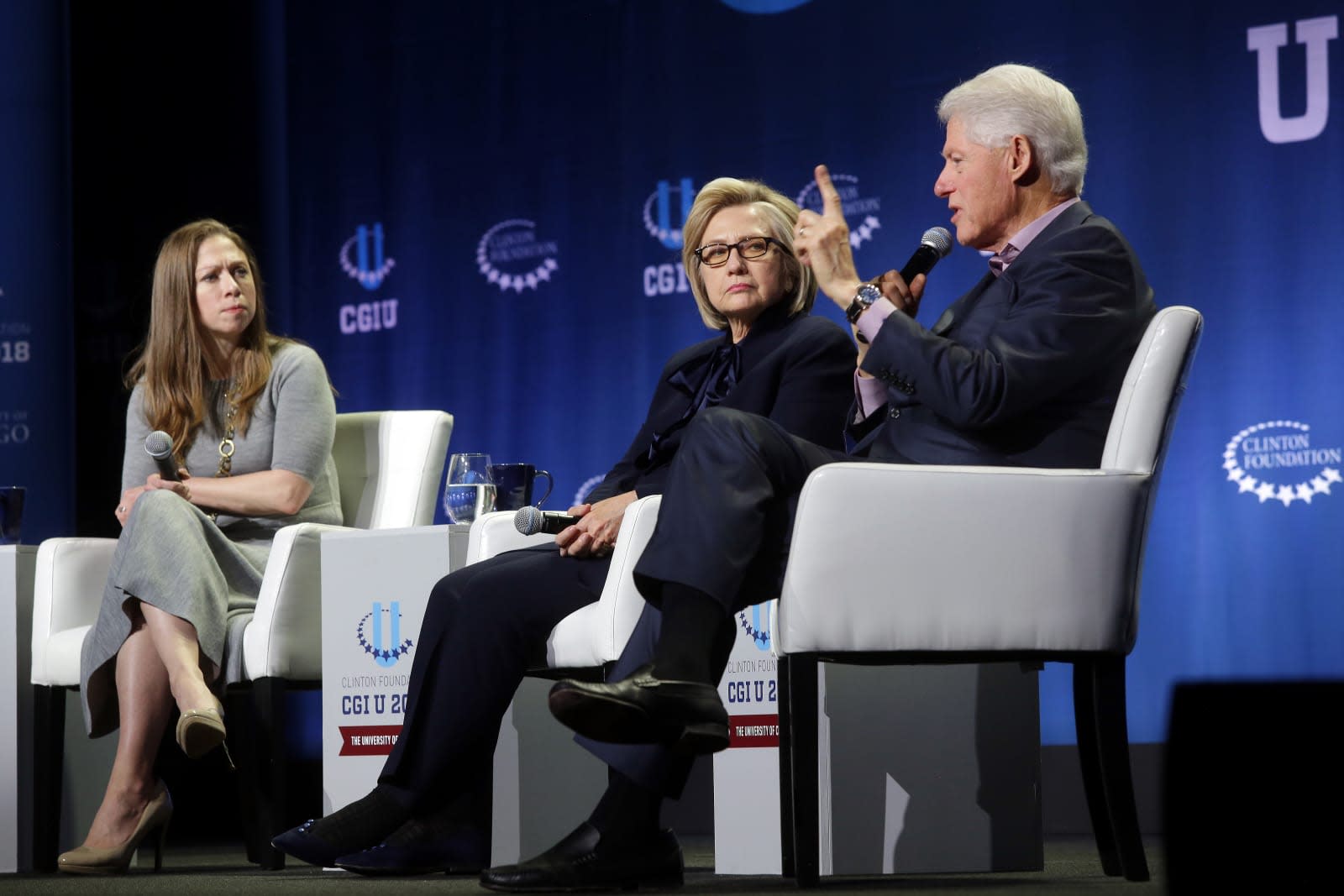 The Clintons are getting into podcasting. Former president Bill and his daughter Chelsea, the vice chair of the Clinton Foundation, have revealed they're starting a show called Why Am I Telling You This?. It'll include conversations with the Clintons, foundation staff and guests. They'll "share their unique experiences and stories to help explain the factors shaping our interconnected world -- and why we should be optimistic about its future," according to the podcast description.

🎙️I've always believed that everyone has a story, and that everyone's story has value. Hope you'll listen to this sneak peek of our new @ClintonFdn podcast, "Why am I telling you this?" Subscribe: https://t.co/JDL7TnpBgj

The podcast will explore some of the issues the foundation is involved with, including hurricane recovery efforts, climate change, the opioid crisis and childhood literacy. It will also include conversations about "global leadership, reflections on the Clinton Administration, and President Clinton's wide range of interests and well-known intellectual curiosity," according to the foundation. Former secretary of state and presidential candidate Hillary Clinton won't officially be a part of the series, but she may make appearances, Variety reported.

"Launching a podcast is a natural extension of President Clinton's mastery of using storytelling to explain complex issues and his belief that once you know someone's story, you better understand them as a person and your differences become less important," said Craig Minassian, chief communications and marketing officer at the Clinton Foundation, said in a statement. "President Clinton and Chelsea Clinton have always sought new ways to create a deeper understanding of how to make an impact which is particularly crucial and challenging in the current media environment."

There aren't any episodes yet for the ad-free podcast, save for a two-minute preview clip. Why Am I Telling You This?, which the Clinton Foundation is producing with At Will Media, will officially debut this summer.

The Clintons aren't the only presidential family to embrace new media -- Barack and Michelle Obama are working with Netflix on several projects. Meanwhile, Facebook CEO Mark Zuckerberg recently started his own podcast.

In this article: av, bill clinton, billclinton, chelsea clinton, chelseaclinton, clinton foundation, clintonfoundation, entertainment, hillary clinton, hillaryclinton, podcast, podcasting, politics
All products recommended by Engadget are selected by our editorial team, independent of our parent company. Some of our stories include affiliate links. If you buy something through one of these links, we may earn an affiliate commission.