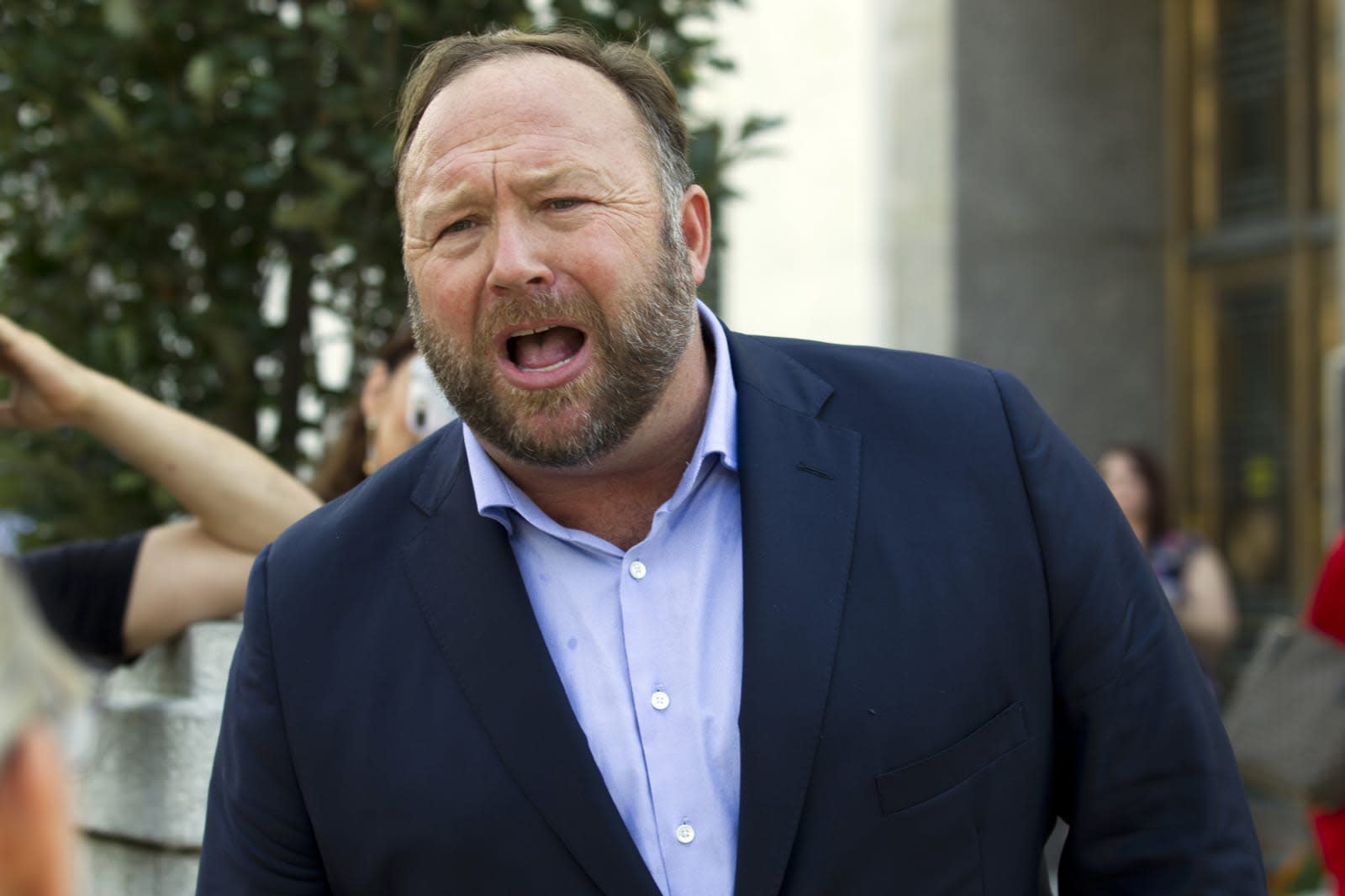 Facebook is continuing with its stricter responses to hate and violence. Both Facebook and Instagram have banned several predominantly far-right personalities and groups, including Infowars, its creator Alex Jones, Louis Farrakhan, Laura Loomer, Paul Nehlen, Paul Joseph Watson and Milo Yiannopoulos. Infowars was particularly hard-hit on top of earlier crackdowns. The two social networks will remove any content shared from Infowars, with repeat offenders facing their own bans.

The move will also ban impersonations, not to mention Facebook events and groups promoting those subject to the bans. You can still talk about the banned individuals or share content involving them that doesn't violate other terms of service.

Facebook argued in a statement to The Atlantic that this was in line with its earlier approach. "We've always banned individuals or organizations that promote or engage in violence and hate, regardless of ideology," a spokesperson said. It just took a while to deliver these bans due to the "extensive" process of evaluating potential offenders.

These bans aren't likely to halt the spread of the extremists' associated messages. They can still head elsewhere. It will prevent them from acting in an official capacity on major platforms, though, and it also establishes some consistency. Facebook has been accused of letting prominent hatemongers persist even as it clamps down on others, particularly on Instagram. While this new ban won't please some free speech advocates, it does clear up where Facebook stands on the subject.

In this article: alex jones, ban, facebook, far-right, gear, infowars, instagram, internet, laura loomer, louis farrakhan, Milo Yiannopoulos, paul joseph watson, paul nehlen, social network, social networking
All products recommended by Engadget are selected by our editorial team, independent of our parent company. Some of our stories include affiliate links. If you buy something through one of these links, we may earn an affiliate commission.
Share
Tweet
Share