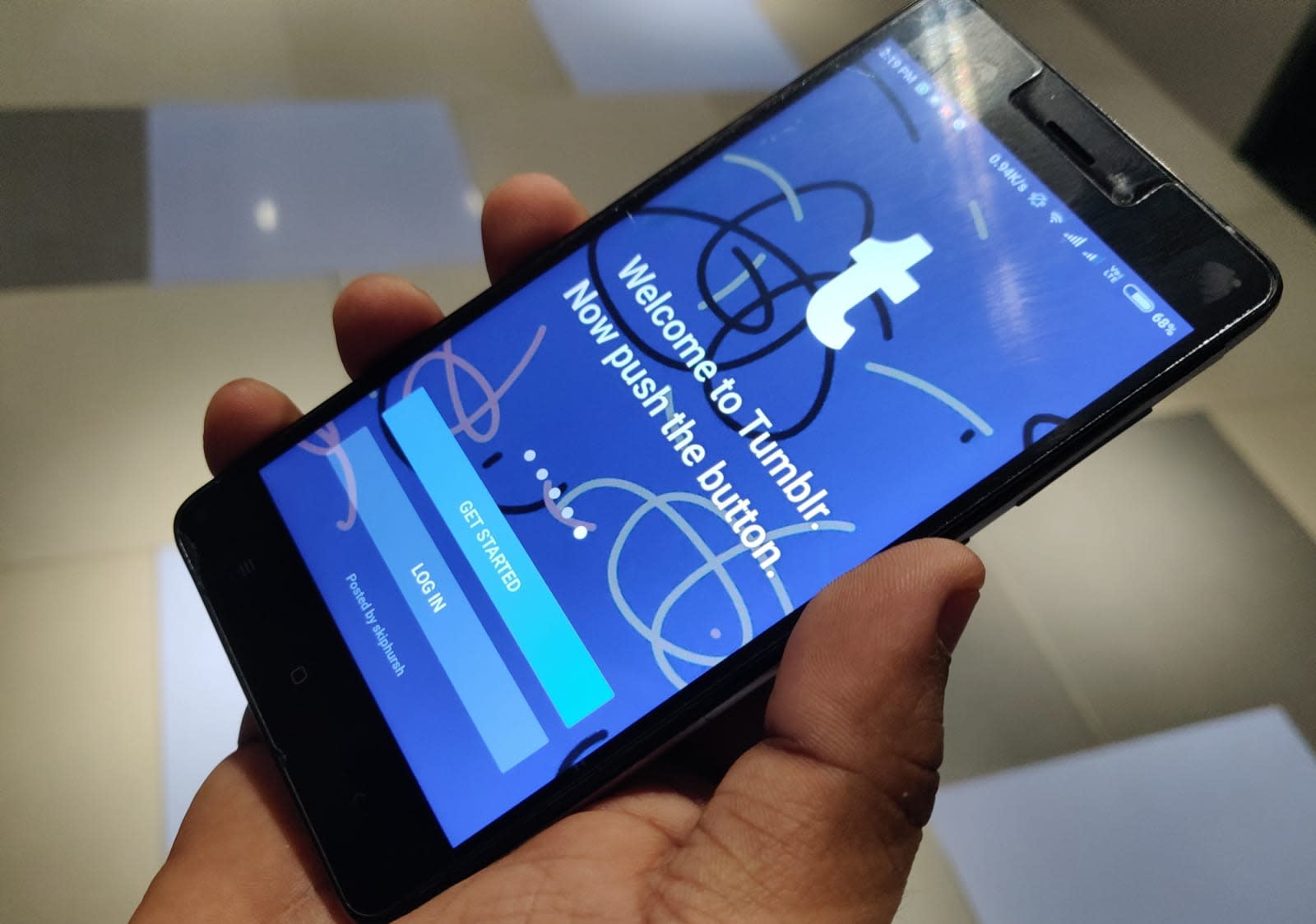 Just two years after taking control of Tumblr as part of its acquisition of Yahoo, Verizon is looking to offload the blogging platform. According to the Wall Street Journal, the telecommunications giant has spent that last few weeks approaching other companies to gauge their interest in purchasing Tumblr. While the search is ongoing, the report notes that it may not result in any transaction.

Tumblr still has a sizable and active user base with more than 450 million blogs and 172 billion posts, but it has been steadily declining as its corporate owners have struggled to figure out exactly what to do with the platform. Yahoo acquired Tumblr for $1.1 billion in 2013 as part of then-CEO Marissa Mayer's buying spree but was unable to leverage the young users into meaningful revenue. When Verizon purchased Yahoo for $4.5 billion in 2017, it took ownership of Tumblr, placing it under its media umbrella Oath (now Verizon Media Group).

In this article: blogging, business, gear, internet, services, tumblr, verizon, yahoo
All products recommended by Engadget are selected by our editorial team, independent of our parent company. Some of our stories include affiliate links. If you buy something through one of these links, we may earn an affiliate commission.