Google's Pixel 3a XL has been spotted at a Springfield, Ohio Best Buy, removing any remaining mystery about what the search giant is about to announce. The handset was seen in its packaging by an Android Police tipster in plain view (but under glass) in both of the previously leaked colors, "Purple-ish" and "Just Black." The sighting all but confirms the imminent launch and availability of the device, expected to happen on May 7th at Google's I/O event. 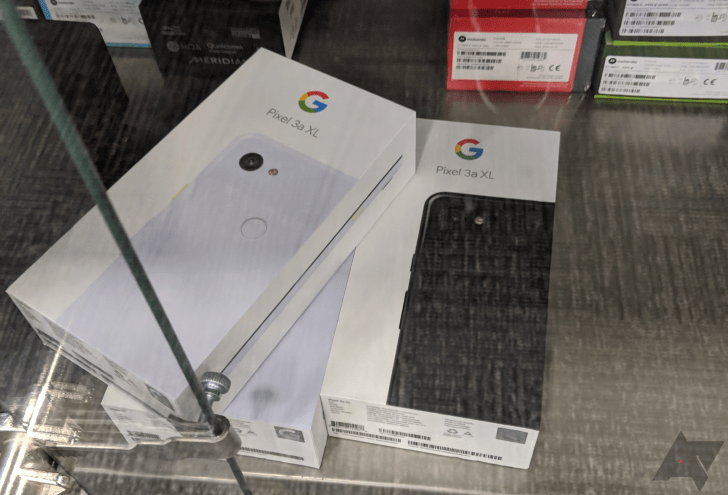 We've already seen images of the Pixel 3a in its notch-free, single rear camera glory (above). We also know that the 5.6-inch Pixel 3a and 6-inch 3a XL will likely have 2,160 x 1,080 and 2,220 x 1,080 displays and Snapdragon 670 and 710 processors, respectively, along with 4GB of RAM and the same Pixel Visual Core powering the cameras on current Pixel 3 devices. Even the prices have leaked out: $399 US for the regular 3a and $479 for the XL. Though the evidence is convincing, it's still not official -- so take all this info with a grain of salt.

If this particular leak sounds familiar, Engadget's Richard Lai spotted the original Pixel 3 XL in Hong Kong, and even got to borrow and play with it for a bit. Whoever saw the Pixel 3a XL didn't go that far, but it's likely that Best Buy would have blocked any sale if they had tried to buy it. In any case, it looks like you'll be able to buy Google's mid-range devices with a pure Android experience -- and probably a great camera -- shortly after they launch next week.