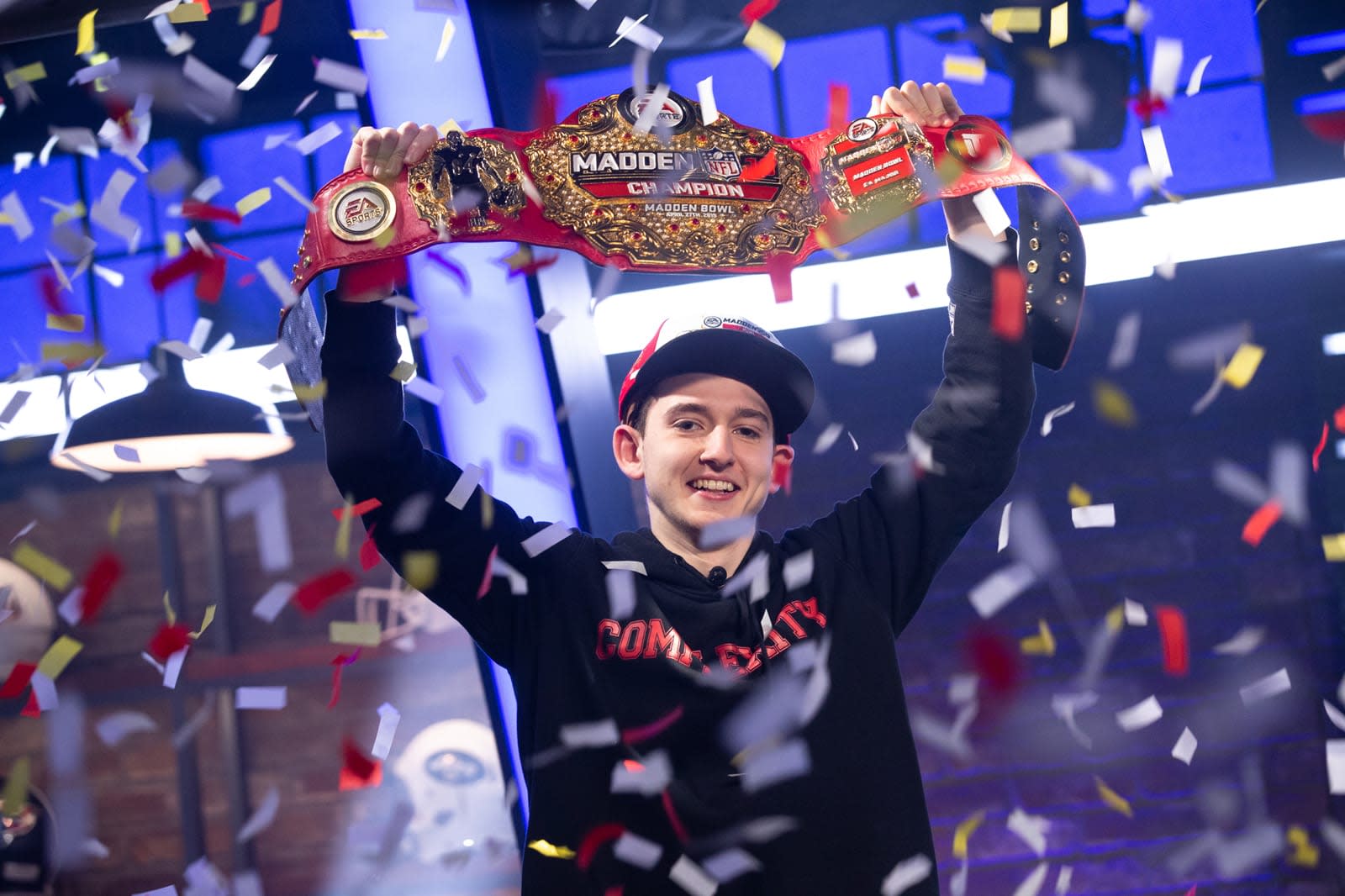 EA's Madden esports ambitions appear to have borne fruit. The gaming giant has revealed that the Madden NFL 19 Bowl, the final match in the Championship Series, broke franchise viewing records to become the most-viewed event in Madden's history. In some cases, it wasn't even by a small margin. The simultaneous audience topped out at 97,000 viewers, or 650 percent more than for the 2018 finale, while total view count jumped a whopping 850 percent to 2.5 million. Those aren't records for livestreaming by any stretch (Ninja would have something to say), but they certainly put Madden on the map.

The publisher credited some of the surge to "strategic stream embeds" on fan sites and community links.

As big as the achievement might be, EA made clear that conventional TV coverage played a large (if not larger) role. ESPN2's broadcast of the Bowl claimed a total reach of 805,000 viewers. This was a success in part because of where you could watch it, not just because there was interest. Still, it suggests that Madden has a viable future in esports.

In this article: av, esports, football, games, gaming, internet, livestreaming, madden, madden 19, madden nfl 19, nfl, video games
All products recommended by Engadget are selected by our editorial team, independent of our parent company. Some of our stories include affiliate links. If you buy something through one of these links, we may earn an affiliate commission.