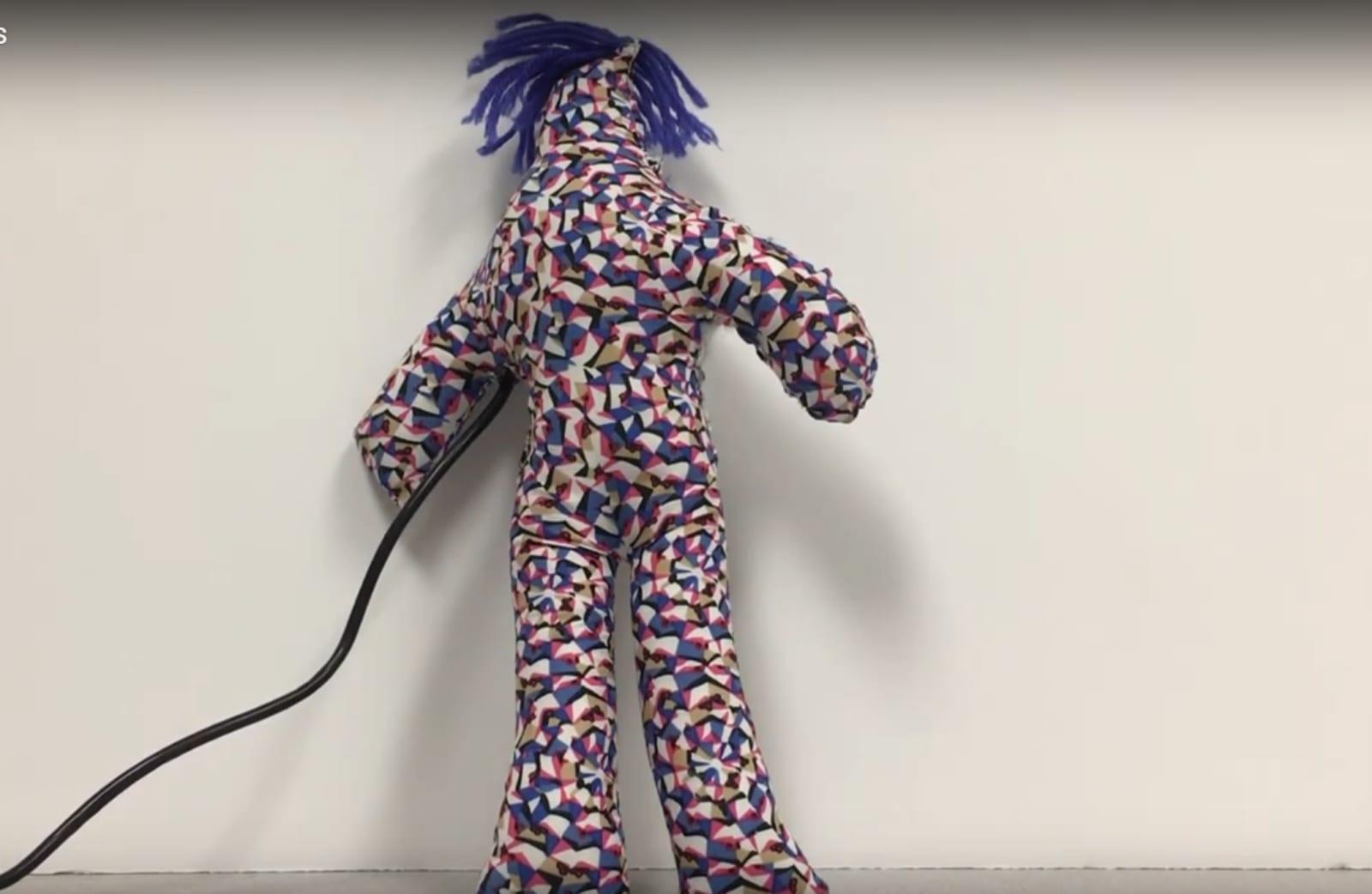 Whether it's a meditation app or looking at puppy videos, much of today's technology focuses on replacing your negative feelings with positive ones. But what if you want to act on all your feelings of anger, sadness and anxiety -- in a healthy way? Going off the idea that facing negative emotions head-on can be good for a person's well-being, researchers at Carnegie Mellon University created "cathartic objects" that are designed to be hit, stabbed and even sworn at. Lead by researcher Michael Luria and co-authors Amit Zoran and Jodi Forlizzi, the team presented their paper on the cathartic objects at the 2019 CHI Conference on Human Factors in Computing Systems held this month in Glasgow.

Luria and his team created four cathartic objects that were designed to handle a wide range of emotions and behaviors. "Object 1" looks like an everyday black sofa pillow, but it's designed to be stabbed with sharp objects. After it gets stabbed, it begins to shake, and keeps shaking until the user removes all the objects. Another object looks like a light-up crystal and is designed to be cursed at. One object laughs in an irritating, "Tickle Me Elmo" way and only stops laughing after the user begins to hit it against a surface. Another object allows users to write a personalized message on a ceramic tile and then completely annihilate it with a hammer. As the tile breaks, the object begins to emit light and sound.

Psychologists have long warned patients that bottling up or suppressing anger is dangerous. But it's unclear whether hitting a punching bag, spouting out profanity or beating up on one of these "cathartic objects" can do much good. Scientific evidence supporting catharsis theory, which is the belief that ruminating on anger is better than ignoring it, is pretty weak. One study from 1999 published in the Journal of Personality and Social Psychology purposely angered its participants in a lab experiment. The participants were then split into two groups; one group got the opportunity to hit a punching bag and one group did nothing. In a later test, the punching bag group acted more aggressively than the control group.

But the researchers realize that no one wants to feel angry on-purpose. Luria noted in an interview with IEEE Spectrum that people tend to feel "aversion" towards negative emotions. But if we have no choice but to be angry or to feed sad, why not take our anger out at a robot rather than a living, breathing human being? "This is why I think it might be an interesting space for robotic objects: We don't want to take our aggressions on other people, but we also frequently don't let that energy out when we are alone. Maybe there is a safe space to express negative emotions with technology," said Luria.

In this article: anger, anger management, Carnegie Mellon University, catharsis theory, gadgetry, gadgets, robots, stress, tomorrow
All products recommended by Engadget are selected by our editorial team, independent of our parent company. Some of our stories include affiliate links. If you buy something through one of these links, we may earn an affiliate commission.