What we're buying: A solid MIDI controller that's also easy to use

This week, Senior Editor Roberto Baldwin gives us a behind-the-scenes look at one of the many instruments he uses in one of his many bands. Not only is the 32-slimkey Arturia Keystep MIDI controller a great little MIDI controller and sequencer, it's also surprisingly user-friendly. Like most people, I have varied musical tastes. That would be fine if I wasn't compelled to start a band based on every genre of music I like. I have a punk band, an indie-dance band with seven members, a tributes bands for both David Bowie and Prince and there's always the random one-off band I put together for a special occasion. The point is, I have too many bands and too much gear.

One of them is a dance band with only two members so it requires a lot of synths and drum machines to create a dense audio experience. Which is great until I realized, unlike playing guitar, I really can't sing while playing a keyboard, never mind two to three digital pianos. Throw in my insane travel schedule and an upcoming gig where we're playing entirely new songs, and I decided to splurge on the Arturia KeyStep MIDI controller to tackle all my ills.

MIDI controllers typically don't create their own sounds. Instead, they're used to control other instruments. With just one keyboard you can trigger notes and beats from multiple devices. Trying to sing while tasked with two synths and a drum machine is tough work. But with a controller, I can trigger sequences and play multiple instruments much more easily. 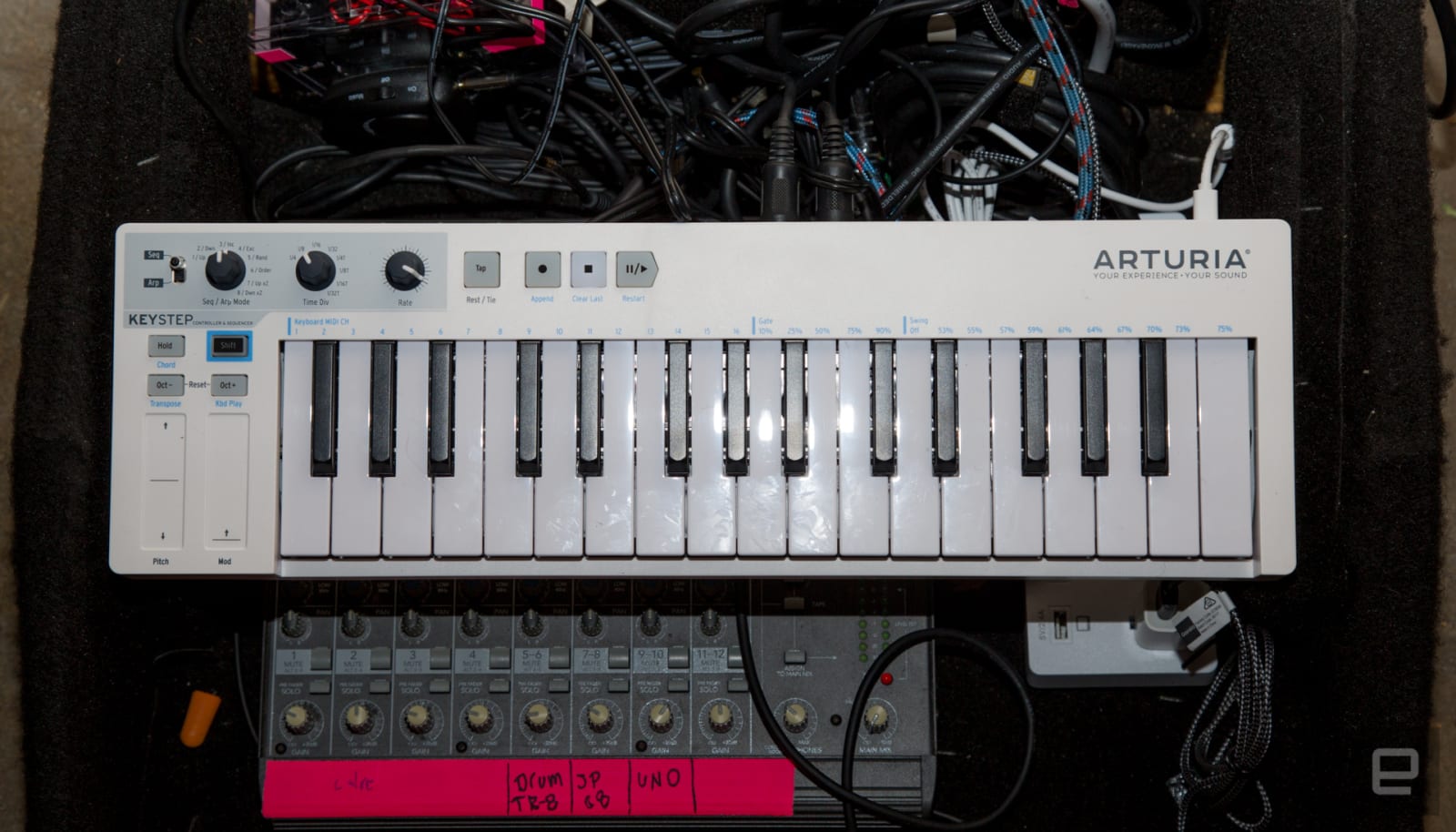 The 32-slimkey KeyStep is a solid piece of hardware that has the usual MIDI in and out, CV outputs for older modular devices, Sync in and out for drum machines and USB for your favorite DAW (digital audio workstation). For those reasons alone, it fit perfectly into my setup, but the reason I dropped $130 (MSRP of $150) on it a week before a show is Arturia's dead simple sequencer.

Often, instrument manufacturers love to ship keyboards with instructions printed on a single sheet of paper with the barest amount of information about their device. It's always a fun game trying to find out how to actually use the sequencer on any of these instruments and even then, the procedure can be frustrating. Worst, if things go wrong on stage, you can't exactly open up an owner's manual and fix it.

The KeyStep, on the other hand, has the easiest-to-program sequencer (a feature that places notes and beats in order to create an entire -- or portion -- of a song) out there. Connect it to your instrument of choice, flip the switch to Seq, hit record and play what you want. If you need rests between notes, you can add that in as you play. Press Stop when you're done and then Play to hear what you've recorded. That's it. No submenus, no weird need to press multiple buttons at once to make things work, it's just dead simple. 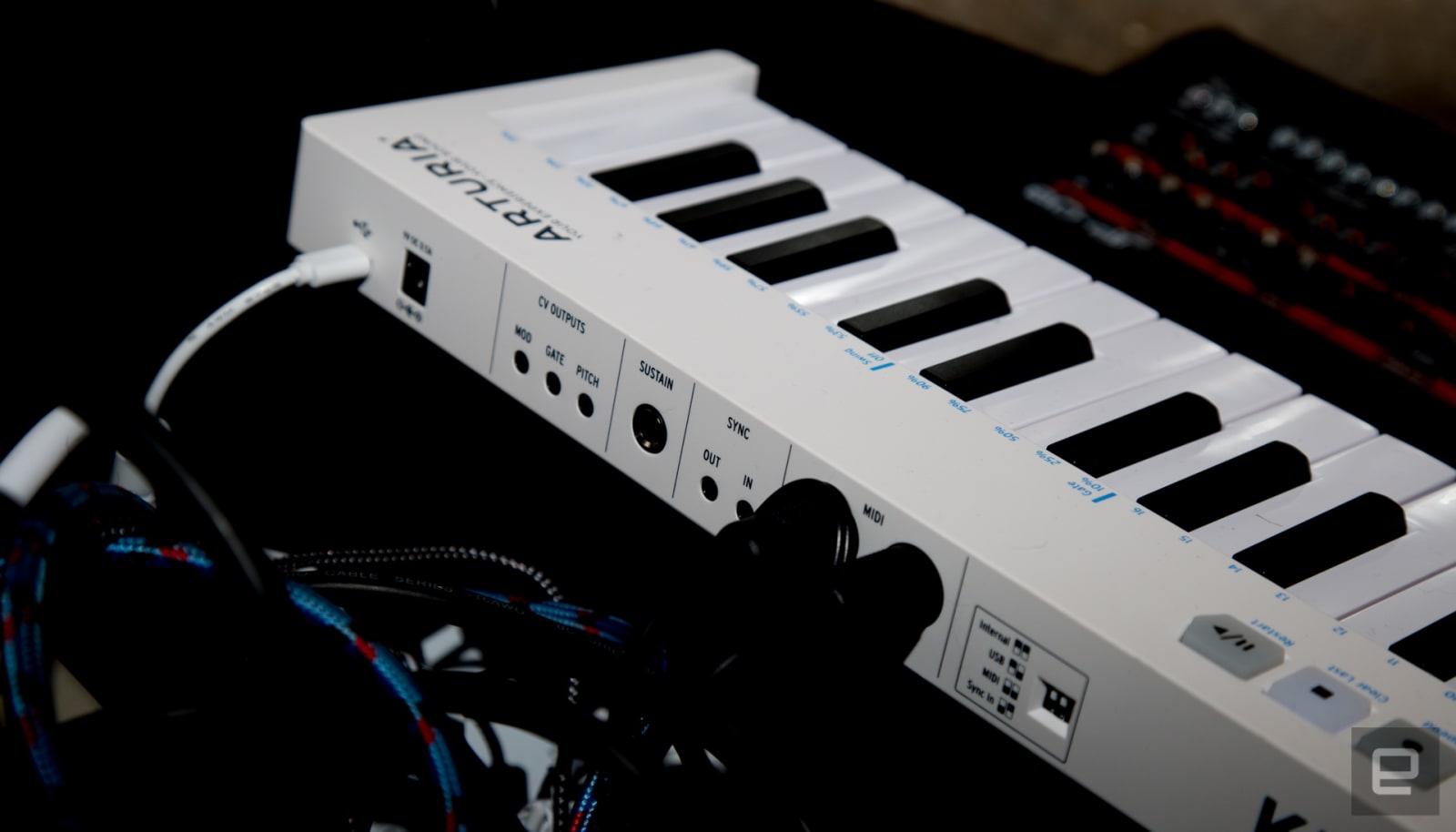 Plus, you can easily amend those sequences on the fly which is outstanding when you're playing live. I could build upon what I had in real time without worrying if I was correctly following the elaborate procedure needed on my other synths to accomplish the same thing.

I would never recommend adding a new piece of equipment to your setup a week before a show. But within a few hours of using it, I knew that placing the KeyStep into the mix was going to make our show better without having to delve into a dense user's manual. I don't want to be looking down while playing a show, I want to interact with the audience and the KeyStep allows that. Now if I could only figure out a way to work into my outlaw country band.