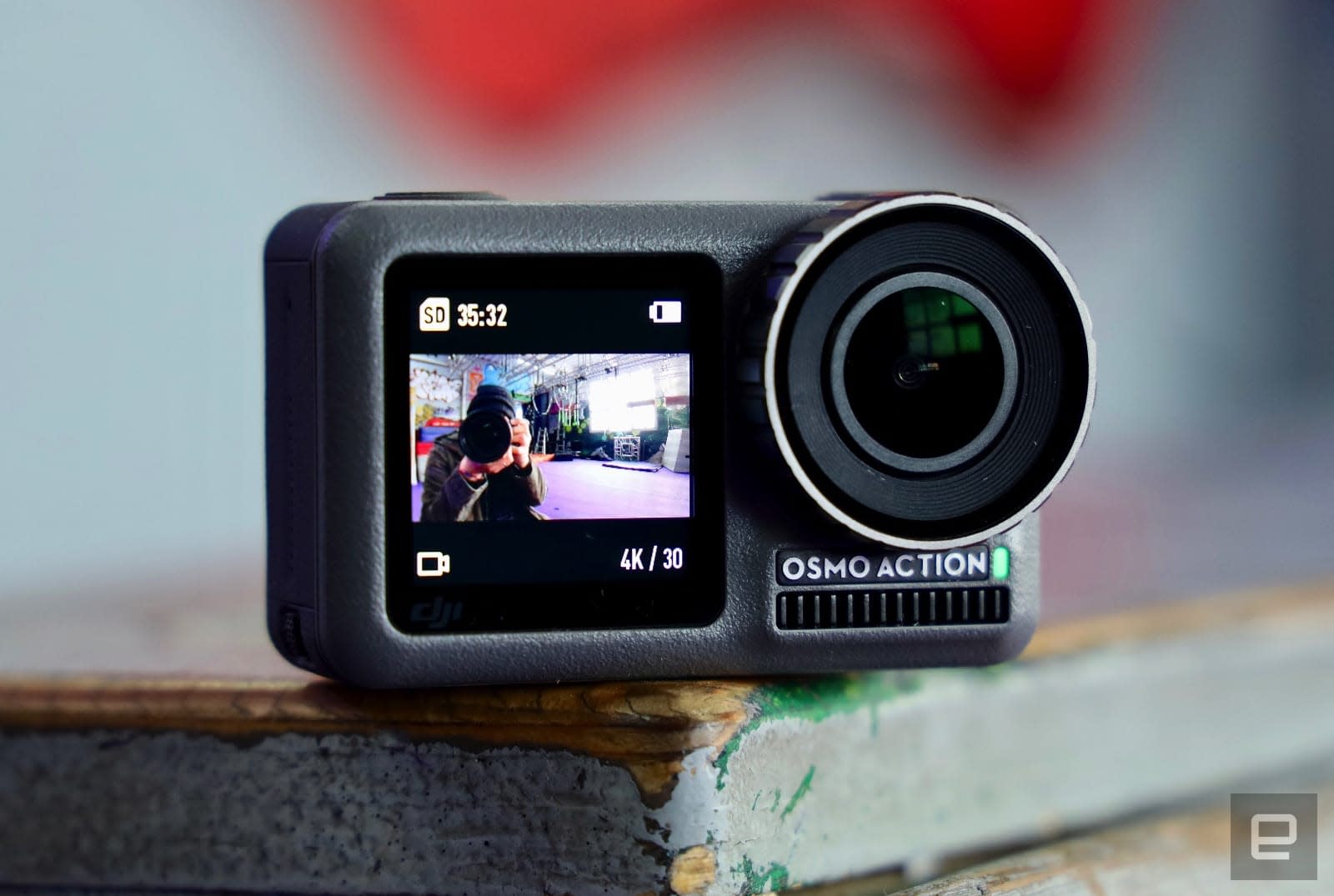 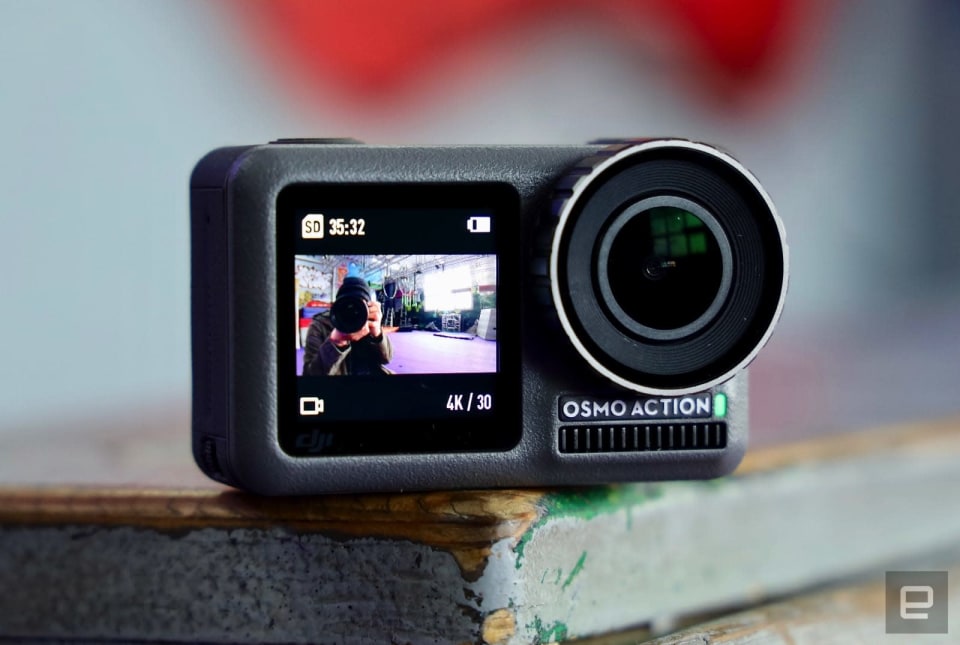 The action camera space has a new player: DJI. Today, the company revealed Osmo Action ($349), its first ruggedized, compact shooter. The Osmo Action, which is designed to compete with GoPro's Hero line, features a 1/2.3-inch sensor capable of capturing 12-megapixel photos, 4K and 4K HDR video. It also comes with electronic image stabilization (EIS), which is going to come in handy during your adventures. But what really makes the Osmo Action stand out are its dual displays: There's a 2.25-inch touchscreen on the back and a 1.4-inch on the front, the latter of which has 800 nits of brightness that will help it be useful in direct sunlight.

Naturally, since this is a rugged camera after all, DJI made it dustproof, shockproof up to 5ft and waterproof down to 36ft. And if you want to take it even deeper underwater, there's going to be an external housing case to help you with that. One of my favorite aspects of the Osmo Action is its Quick Switch physical button, which lets easily toggle between modes like picture, video, time-lapse and slow-motion. In addition to that, you can use it to select which one of the two screens you want to view.

In terms of video, of course, you have 720p and 1080p at your disposal. But, if you're getting one of these, you'll likely want to be shooting in 4K most of the time. That's why DJI says it was key to have EIS in the Osmo Action. You can record 4K at 60 frames per second (100Mbps) with EIS, while 4K HDR video will be limited to 30 frames per second. During my quick demo, the EIS seemed to work well as I ran around trying to capture sprawling, aerial artists at a gym/playground in New York City. That said, DJI says it will keep an eye out for user feedback and it'll improve the software with updates, if need be.

We'll see how the Osmo Action fares against GoPro's flagship offerings, but there's definitely plenty to like here -- such as the dual-screens and 4K video options. You can check out our full review of the camera here, and if you're interested in it you can order starting today for $349. 15
In this article: action camera, camera, cameras, dji, dji osmo, dji osmo action, entertainment, gadgetry, gadgets, gear, gopro, hands-on, osmo, osmo action, osmo camera
All products recommended by Engadget are selected by our editorial team, independent of our parent company. Some of our stories include affiliate links. If you buy something through one of these links, we may earn an affiliate commission.